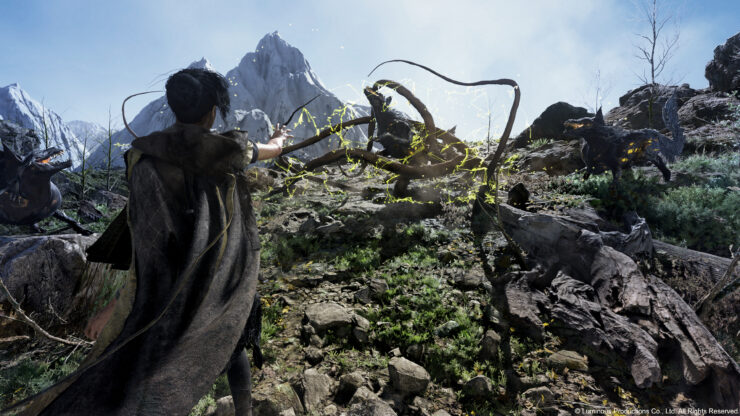 Officially announced during Sony’s PS5 reveal event back in June of this year, Project Athia is the working title for Square Enix’s upcoming action title. Developed by Luminous Productions, the title is coming to PS5 and PC, although the title was announced as being “designed” exclusively for Sony’s console. Whatever that means is uncertain at this point, but as hinted at earlier this week, the project seems to be a PS5 console exclusive for at least 2 years.

Project Athia is the culmination of our philosophy here at Luminous Productions to create completely new and fresh gaming experiences that fuse together the latest technologies with art. With PS5, our vision truly comes to life, and with Project Athia players can look forward to being transported to a vast and detailed world filled with beauty and dismay.

Project Athia will take you on a thrilling other-worldly adventure – it is going to be action-packed, and at times twisted, tempestuous, and forbidding. It is a journey that we want to feel as much yours as it is our protagonists.

In the trailer, we can see some brief footage from the game’s protagonist, and as hinted at by Khan during yesterday’s Kinda Funny episode, this character might well be played by Charlie’s Angels actress Ella Ballinska (at least, as far as character resemblances go). Interestingly, following the announcement trailer, some already suggested that Ballinska might be involved.

The actress playing the protagonist in Project Athia has already apparently been discovered to be Ella Balinska!#PS5 #ProjectAthia pic.twitter.com/6v0M7rxnId

In the broadcast, Khan also shared some additional tidbits about the scope of Project Athia, which is said to be Square Enix’s next major thing next to the Final Fantasy series. As such, Square Enix is heavily invested in the title and the team has gone as far as to intentionally mislead people by telling them that the project was in fact Final Fantasy XVI in order to keep it secret.

Pretty interesting stuff about Project Athia and we can’t wait to learn more about the game. We’ll keep you posted as soon as more info comes in on it. The Kinda Funny episode has a bit more tidbits about Project Athia so be sure to watch it in full.