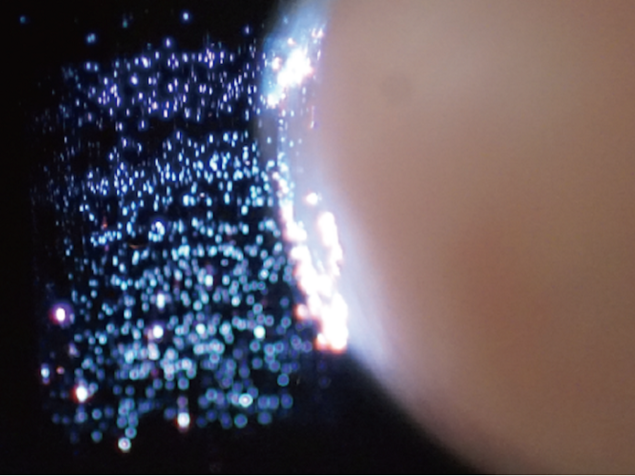 Touch Holograms Are Definitely Looking To Be The Future – Your Smartphone Is Not Looking So Cool Now Is It?

Dr. Yoichi Ochiai of Tsukuba University, who is one of the lead researchers is under the impression that while touchable holograms can definitely be used to satisfy our sate for entertainment, he also believes that one day, this technology could be used for much better purposes, ranging from medicine, and architecture. While he states that technology might have evolved extensively, it is not at the point where humans will effortlessly will be able to interact and feel light as matter. However, Ochiai believes that touch holograms will definitely be able to change all that.

“You can't actually feel the videos or pictures, and although you can project a video, you can't interact with it by touching it. So, if we can project an image in a three dimensional form, and if you can touch it, then you can make something where you'll think that there actually is something there. People's daily lives would change if we use a bigger laser in a bigger space where people can interact with it, and to see how it can be used in situations where three dimensional communication is necessary such as a construction site or in the medical field.”

There have been several applications that boast the use of holographic features that might enable users to interact with their smartphone without actually physically touching them, with Lenovo Smart Cast being one of them. So how does this technology actually work? The holograms were made using femtosecond lasers, which is a laser that can excite physical matter to emit light in 3D form. Without going into too much technical detail, these lasers can produce high-frequency pulses, from 1,000 to 200,000 pulses per second depending on the type of laser.

However, since these Japanese scientists have only scratched the surface of the way we will interact with holograms in the future, there is no way that we are going to see any application that is going to take advantage of such a thing right now. However, there is always something to look forward to in the future right?

We have also included a video so be sure to watch that to see how touchable holograms work.