For Honor Season 5 Announced and Dated, Will Include Dedicated Servers 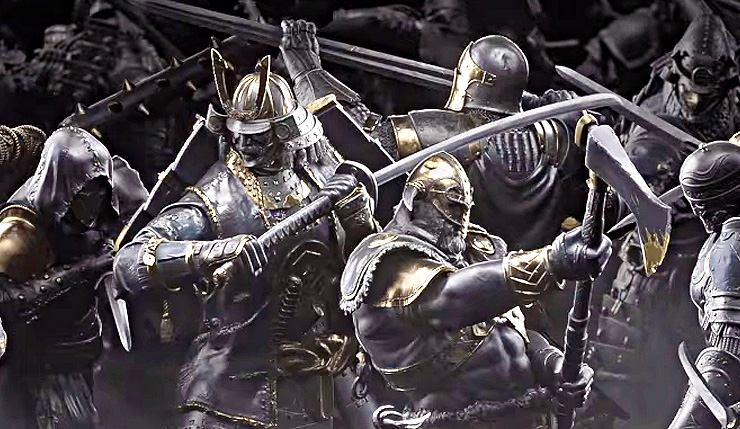 For Honor will turn a year old next month, and those still playing Ubisoft’s multiplayer brawler can celebrate with Age of Wolves, the game’s fifth “season” of free content. Unlike past For Honor seasons, Ubisoft isn’t rolling out any new heroes or maps – instead they’re going to be significantly updating some existing heroes (the Conqueror, Kensei, Nobushi, Berserker, and Highlander), tweaking battle mechanics, and, most crucially, implementing dedicated servers. You can check out an Age of Wolves teaser, below.

Here’s what For Honor creative director Damien Kieken had to say about the long-awaiting introduction of dedicated servers:

“The open test we held in December was successful, and it gives us confidence that the infrastructure change will positively impact the player experience. With our new Dedicated Servers architecture, our players will see four key changes to their experience. For starters, matches will be more stable leading to better overall match completion. Matches will also be smoother, as the game will no longer pause (or even crash) due to leaving players, simulation resyncs or host migration. Furthermore, NAT types will no longer restrict or hinder player's ability to group and matchmake. And finally, matchmaking will create sessions more easily leading to better overall matchmaking success. Stability-wise, all our PvP modes will receive the biggest benefit from the infrastructure change.”

You can learn more about Age of Wolves by watching the following developer video.

For Honor has struggled following a successful launch, with server problems, manipulative microtransactions, and other issues driving away much of the game’s userbase. Despite that, Ubisoft has continued to strongly support the game with monthly updates and free DLC. Dedicated servers are something the game’s remaining fanbase has been requesting for a long time – hopefully they don’t bring their own set of issues.