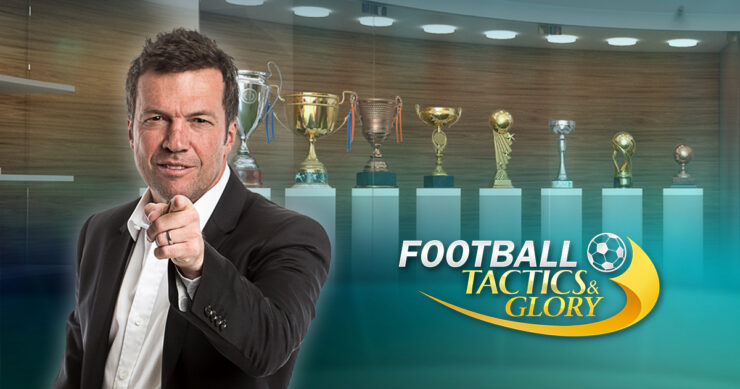 Football, Tactics & Glory is an interesting game. It's certainly not the newest game out there, having been out on the PC for over a year now. Developed by Creoteam and released on the PC last June, there is something quite unique about the game compared to many management titles that are very hands-off, and football titles where the management is barebones at best.

What Football, Tactics & Glory does differently is actually putting you in even more control than you would expect, while turning football into what is essentially a turn-based tactics game. Creoteam, having signed a publishing deal with Toplitz Productions, at the beginning of the year are still making advancements to the game. Most important though is the fact that it's also coming to the PlayStation 4, Xbox One and Nintendo Switch later this year, being ported by Raylight Games. 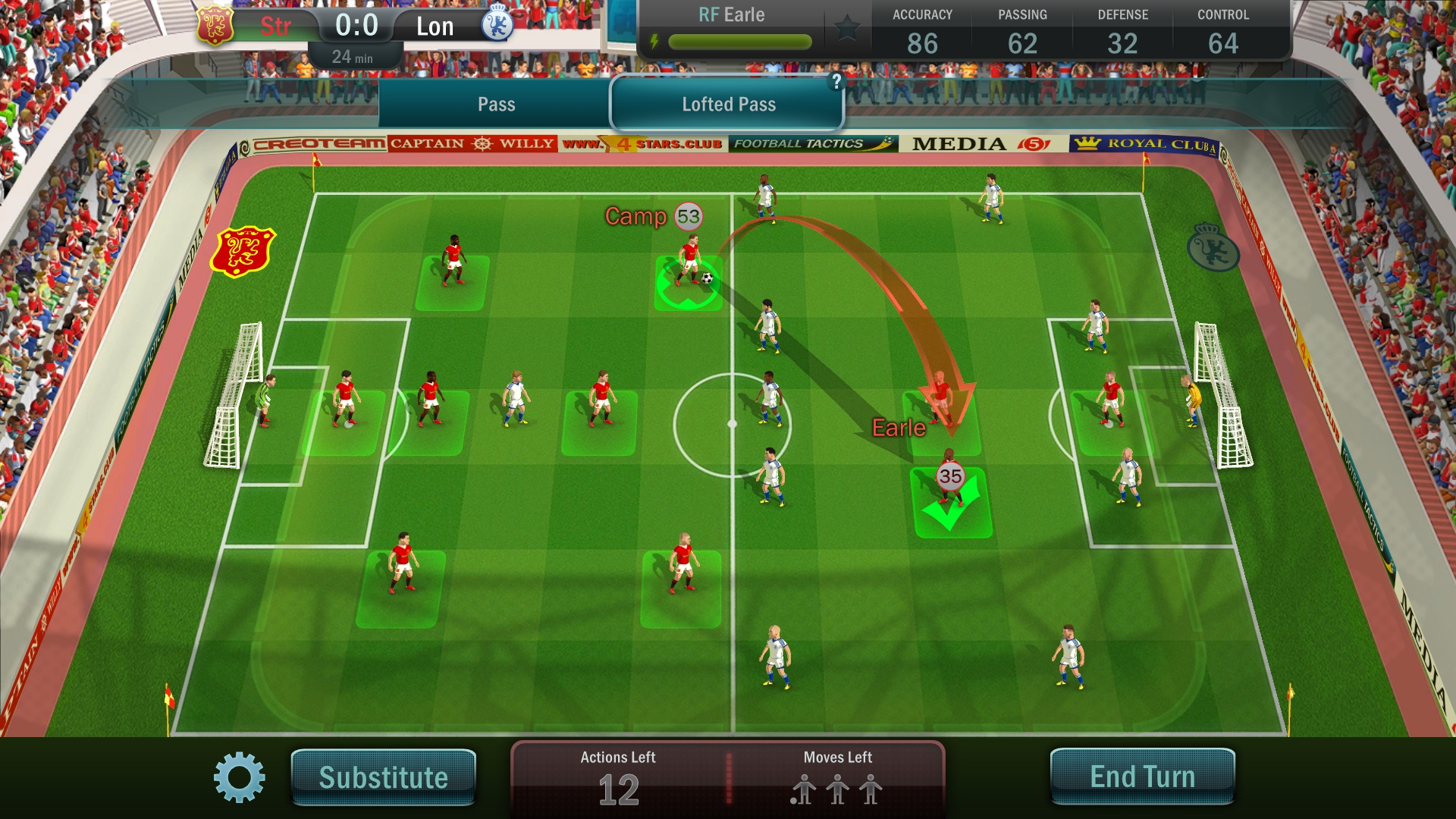 Announcement of the game being ported was originally made at the beginning of the year with every aspect of the game being brought forward. Now, you're not going to find yourself using the officially licensed teams here in Football, Tactics & Glory - that's simply not feasible for a studio as small as Creoteam or publisher like Toplitz. Essentially you're stuck in the like-football world like Pro Evolution Soccer. That's not really an issue though, because the gameplay itself is also like-football.

That is to say that it's turn-based. I know, right? So each turn you have a set number of actions to use, with a maximum number of actions within a game. Granted, certain actions become free when a player is experienced and trained up well enough, so training and development become a key aspect of your journey as a football manager. As you develop these players and they improve, they'll also learn special skills that - if successful - don't actually count towards a move as well.

What you'll find is that this development has the same addictive nature as your Football Manager. You're watching something you've spent time with grow. Something you've invested your hard work and effort in, something that actually becomes a little more personal, it's part of your story. There's no doubt that Football Manager has had this effect, there's a very good book about it, and this certainly has that same potential if you let it suck you in. 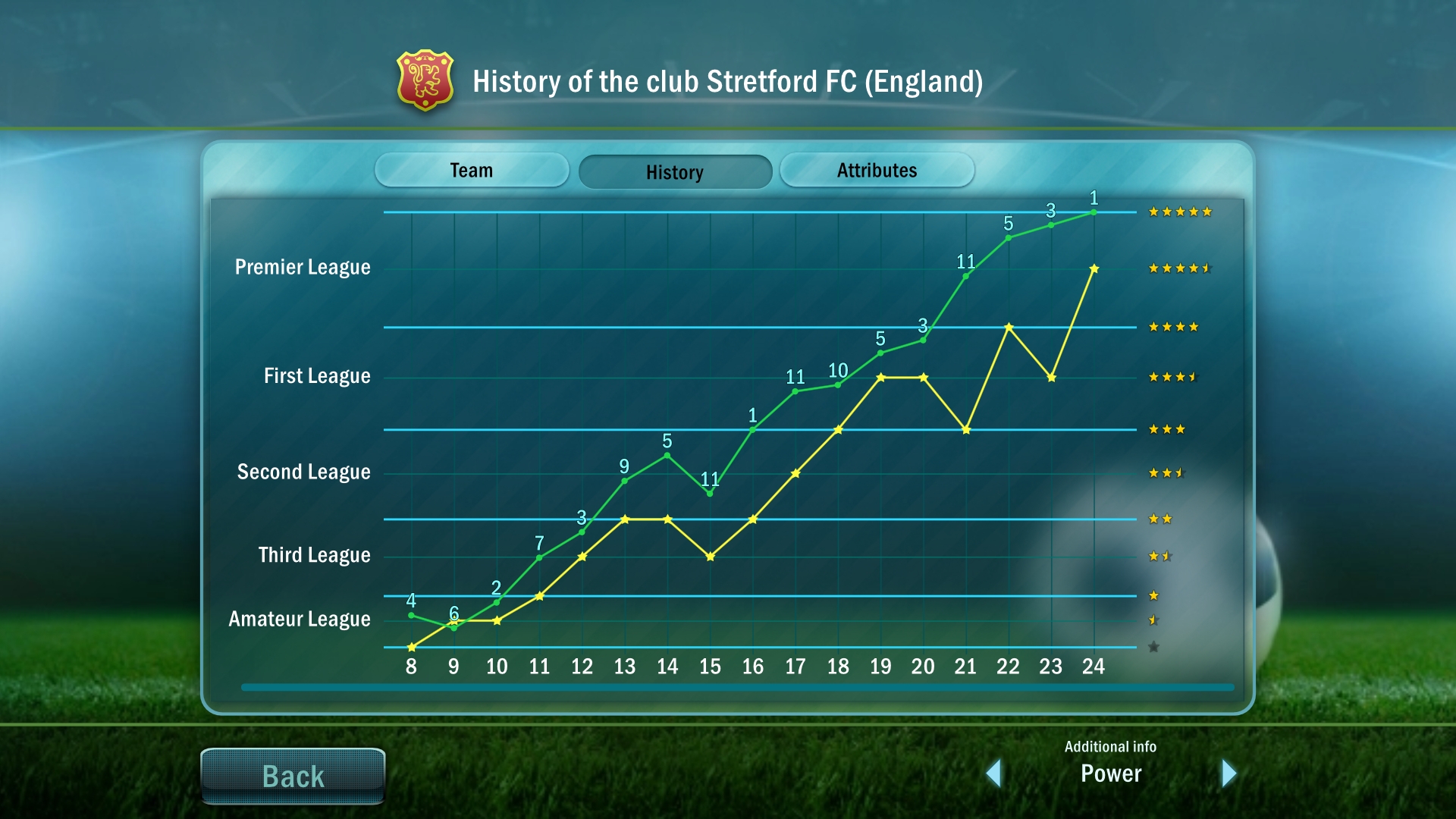 What really helps to make Football, Tactics & Glory stand out is actually the tactics of it all. Due to the gameplay and the fact its fake-football (that's the best way I can describe it), this could actually be the most accessible football-management style game on the market. Anybody can jump onto your FIFA's, that's undeniable, but the design of titles like Football Manager or Retro Football Boss makes them almost impenetrable for those who aren't in-the-know.

Here, you have a simple number to represent the success chance of a move. You have very clear, visible, icons to show you what you're trying to do. It's not so much a football game as it is XCOM with balls and goals. Perhaps a little more violence if you happen to have this games version of Joey Barton. It's actually a joy, at times, to play something that is free of the grinding that seems there just to frustrate, rather than being a genuine aspect of the game and development.

While I haven't reviewed Football, Tactics and Glory, you can rest assured that I recommend. The fact that it's only been out on Steam, and that most certainly looks like a niche title, has hindered it in ways the game doesn't deserve. The move to consoles should certainly be a strong one for the game, plus I can honestly imagine this playing great on the Switch. I, for one, will be getting it on the Switch, giving me more than ample time to finally reach the top, when I'm on my travels.