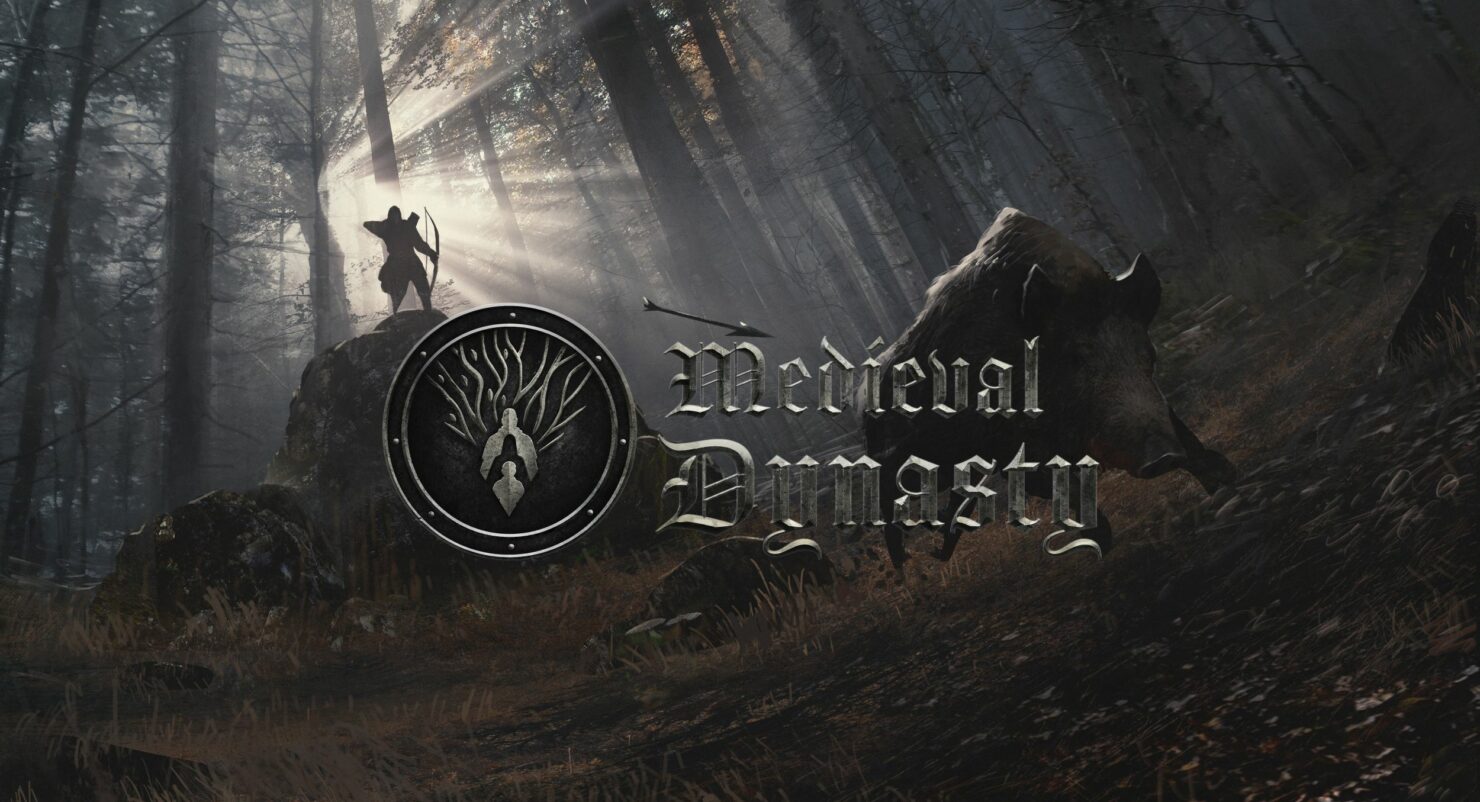 Medieval Dynasty, by all accounts, seems to be both simple and complex at first glance. There are no fantastical creatures like found within The Witcher. There doesn't seem to be a world-changing war, intrigue or conspiracy as you'd find in a game like Kingdom Come: Deliverance. This is a game that is about living life in medieval times, about building up from nothing to essentially running your own village, or possibly even larger than that.

Published by Toplitz Productions, Medieval Dynasty follows a pattern set by earlier Dynasty Titles (Lumberjack Dynasty & Farmers Dynasty) in that it's a mixture of simulation and an open-world RPG, combined with building mechanics and, added in this game, survival mechanics. It'd not be far off if you called the developers, Render Cube (assisted with the development of The Witcher 3), a group of kleptomaniacs in the game mechanics store. Still, it should work, it has in the past - at least most aspects of it have. 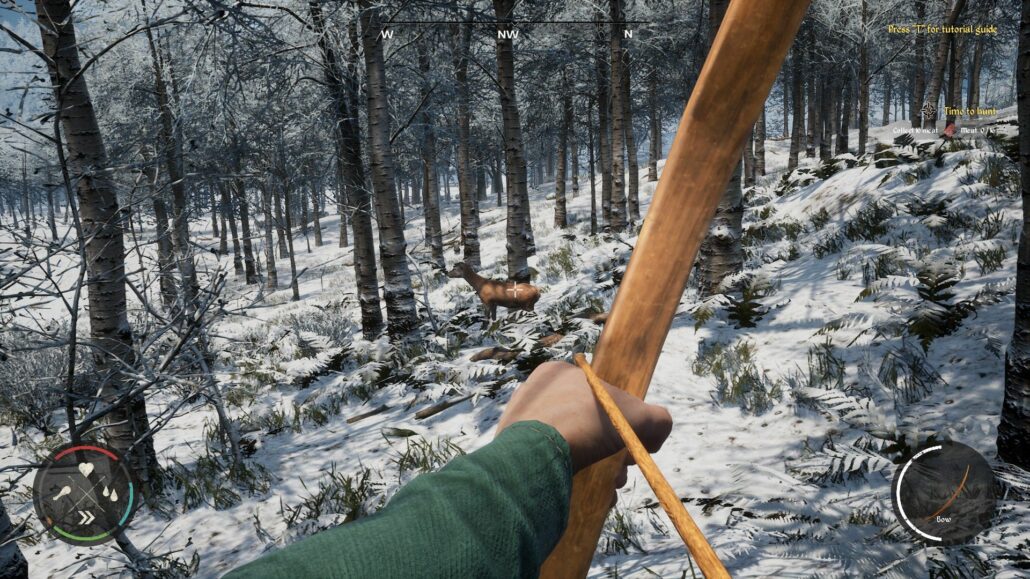 During my hands-off preview of Medieval Dynasty, I saw a lot of what the game has to offer despite it being in an early stage. You'll start off with nothing, you're a skilled peasant in a wide-open plot of medieval land (4 square kilometres) with little in terms of population, a few farmers are around here and there and village or two. The real population centre will come when you actually build your settlement, wherever you decide to.

The map itself has a fair bit of variety from what I've been shown. You've got lush woodlands, some great plains, a river running through the map, some hills and even a mountain range. At first, you'll find yourself starting in a village that isn't yours. Meet the village leader, talk him into letting you stop in that village. You'll need to build your own house though. Start in a traditional survival-game sense by picking up rocks and sticks, crafting your own tools, using the tools to chop down trees, crafting more aspects and building yourself from the ground up.

Don't forget to eat and drink though, this is a survival game after all. Go trekking through the woods with your newly crafted bow and arrows, shoot a nearby deer or boar, get what you need for it and then head home and build a fire and cook your food. Fortunately, while the game will contain all of these crafting and survival elements, Render Cube is focused on ensuring the game is approachable and enjoyable, never becoming overbearing and intrusive.

At the moment, this hands-off attitude seems to be a negative in terms of quests. It is just an early preview so of course when it's released there could be more, but all I've seen so far are quests that follow the tutorial, getting started, and then ones that just have you gathering things for people, trading, that sort of thing. There's nothing that, at this moment, feel 'grand'. 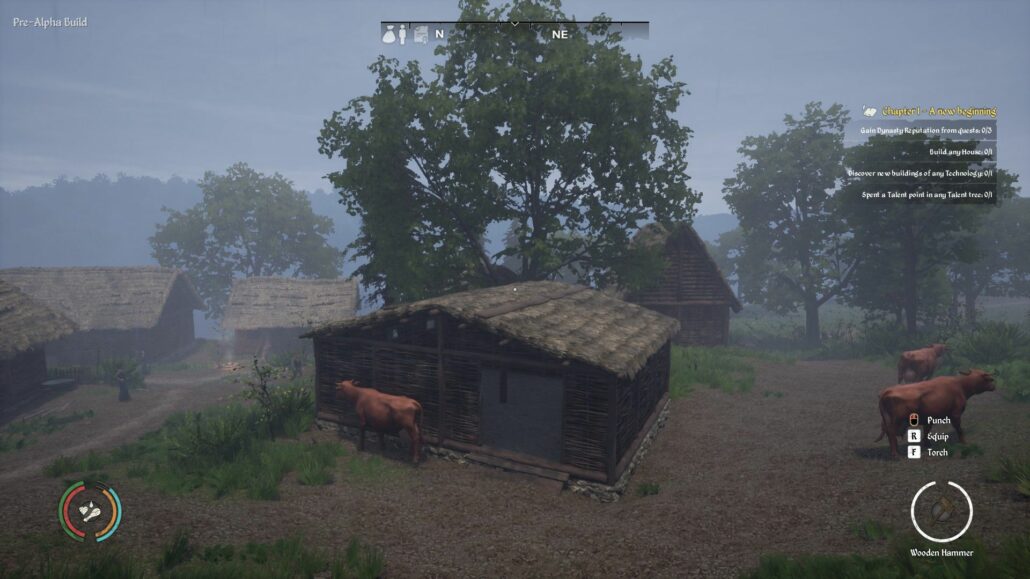 This doesn't mean you won't face any issues. One inclusion and aspect of Medieval Dynasty is a weather system that will have a large impact on your survival, not only simply changing the visual aspects of the game. Particularly, you'll see winter will require you to prepare and stock up on food. I can't attest to this as a fact, memory fails, but I believe you may need to also manage your clothing and also ensure you have a fire burning, spreading warmth.

What I do know is that when you do eventually build your own village or town, you're going to need to keep the rest of your villagers happy by ensuring they have the means to live, to keep them well-fed, to keep them warm through the night. If they're not kept happy, they'll be more than happy to move to another village, another settlement. If you are having issues with some resources, you can also trade with these other villages and settlements too, selling what you have in abundance and stocking up on what you're short of.

No matter what happens, life carries on. This applies to you, as much as it does anybody else. As such, part of your story will be managing your own family, meeting a partner and having a child, raising your child and when you eventually die, your child takes over. Well, I assume you must meet a partner when your child takes over and they just don't immediately have a partner. This is the whole dynasty part of the game; you control the family through the ages.

There's no doubt that Medieval Dynasty is one of the most ambitious games that Toplitz have commissioned, what with the open world with a surprising number of elements within. One element that surprised me was the physical digging of your own mines and how that will work - it made me wonder if I could simply build a tunnel through a mountain, making my journey quicker. 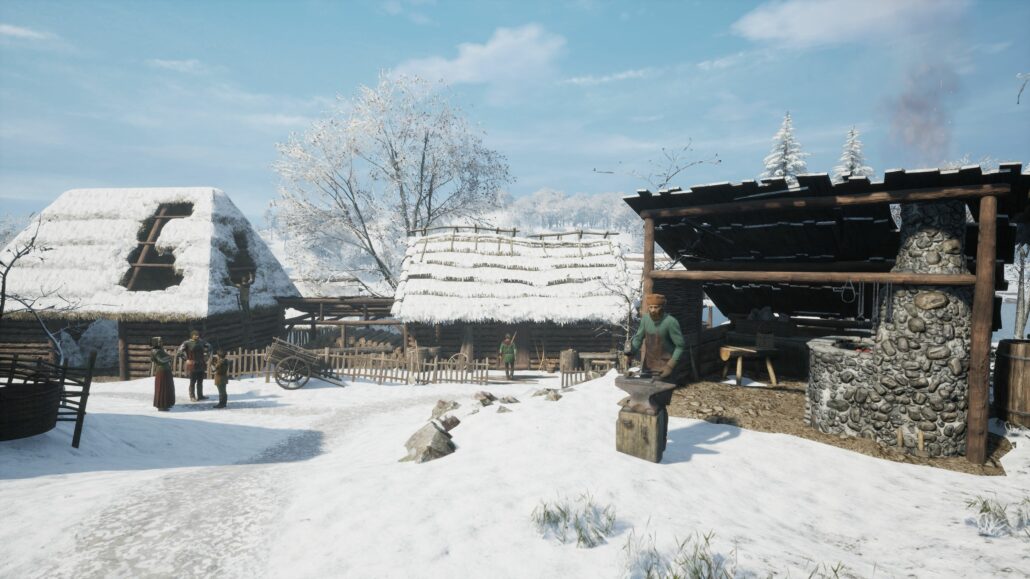 I won't deny that aspects of Medieval Dynasty aren't grabbing me at the moment, particularly the seeming lack of a major population centre (say a walled city with the king, or at regional ruler) and also a lack of conflict over land or resources. I'm far from somebody who demands fighting and conflict in a game. You'll find me happily playing Cities: Skylines for dozens of hours but an open-world survival game like this makes me think that it will be needed.

What will be the aim once you have a functioning town full of NPC's gathering and farming the required food and crafting the required equipment, all without any real input from yourself? This is where the family system and other outside influences could be pushed in to keep it interesting. I'll be giving this one a chance primarily for the life-simulation and building aspects. That and I like my open-world medieval games. Still, only time will show us what Render Cube will do.