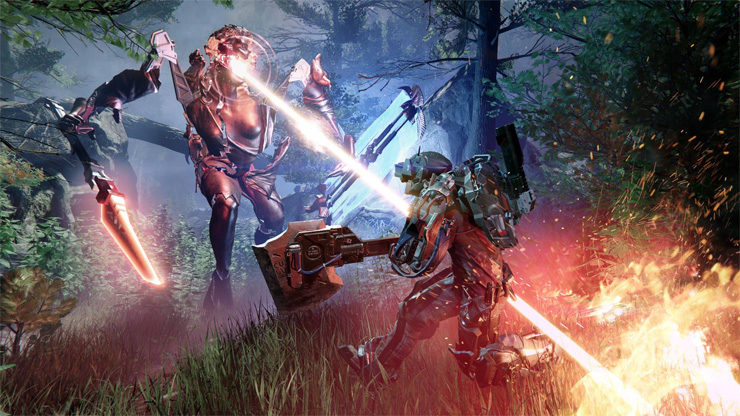 Up-and-coming French publisher Focus Home Interactive has provided a major update on their upcoming plans. As we’ve already reported, they’ll once again be teaming with Vampyr and Life is Strange developer Dontnod Entertainment, but that’s not all Focus had to announce.

Perhaps the biggest news is that Focus will be teaming with Sumo Digital to create a new “uncompromising multiplayer experience.” Specifically, they’re going to be working with EVE: Valkyrie developer Sumo Newcastle (known as CCP Games Newcastle until Sumo purchased them in 2018). Here’s what Focus has to say about the new partnership…

“Focus Home Interactive is pleased to welcome Sumo Digital among its new partner studios, one of the United Kingdom’s largest independent development studios. Sumo Digital is a studio with long experience, and has worked with the biggest names in the industry, such as Sony, Microsoft, and Sega. The first fruit of this collaboration will offer an uncompromising multiplayer experience, in a world as dark as it is violent, and will be developed by Sumo Newcastle, the team to which we owe EVE: Valkyrie.”

Focus Home Interactive is rapidly becoming a publisher to watch. Sure, not all the games they put out are masterpieces, but at least they’re almost always interesting. Which of Focus’ upcoming projects are you most intrigued by?