Developer Taking Flappy Bird Down Tomorrow – No, Not Because of the Legal Issues!

Flappy Bird going down in 22 hours!

The very much popular and the ranked as number 1 game of both the App and Play Stores is going down tomorrow. About time? Well, it is not because of the legal issues that have been discussed since this game's maddening popularity across the globe among smartphone users. While it was being critiqued that Nintendo should take some legal notice of Flappy Bird copying so many of its Super Mario visuals, the game is apparently not going down because of any legal concern! 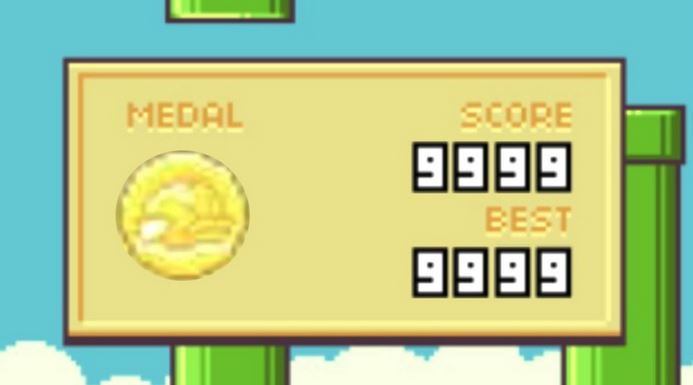 - Get the Flappy Bird Cheats to Score Higher at this Terribly Maddening Game!

The developer of the annoyingly popular Flappy Bird, Dong Nguyen, has just declared that he is taking Flappy Bird down, comes tomorrow. Based in Vietnam, the indie game developer has tweeted the announcement:

He further said that Flappy Bird going down is not because of any legal issue. "I just cannot keep it anymore." Developer also confirmed that he will not sell the game to anyone and that he is still making games.

Flappy Bird developer seems to be as surprised as anyone else about the crazy popularity of Flappy Bird, reports Tech Crunch. Let's wait to see if some bigwig buys this game - looks a big shot considering copycatting issue already involved.

To all those addicted to Flappy Bird, make the most of this game by following our Flappy Bird tips and tricks post. Don't forget to reach to the top spots, take a final screenshot and save it for future generations! Okay, too much.