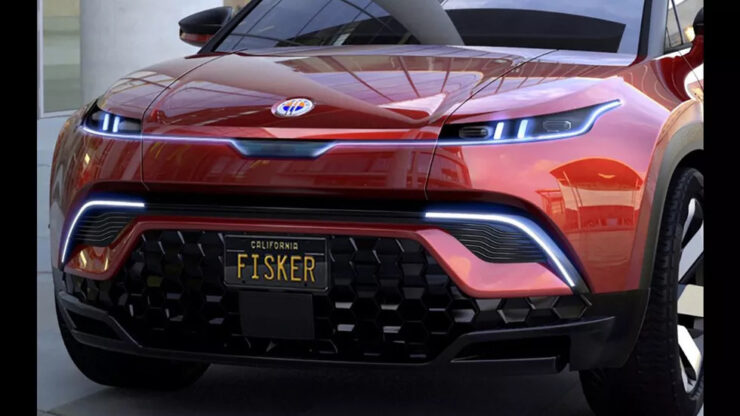 Fisker Inc. – the sustainability-focused EV manufacturer slated to undergo a reverse merger with Spartan Energy Acquisition Corp. (NYSE:SPAQ) – is approaching a critical threshold that underpins key potential developments. The success with which the company navigates choppy waters ahead will determine the likelihood of its commercial success.

In an investor presentation filed by Fisker with the U.S. Securities and Exchange Commission (SEC) in July, the company noted that it was attempting to form a partnership with Volkswagen (VW) in order to secure access to the European auto giant’s modular electric drive matrix (MEB) platform for its Ocean SUV: 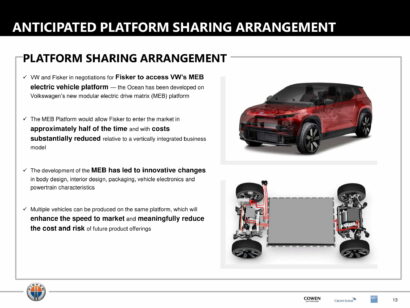 The company also disclosed in the presentation that it was “negotiating with VW to secure a source of battery supply which would provide Fisker with the benefit of one of the world's largest battery-procurement supply contracts."

While explaining the rationale behind this move, Fisker noted:

“[The contract] results in de-risked battery supply as the MEB platform has a fully-developed and fully-tested battery pack.”

By outsourcing the manufacturing of key EV components, Fisker appears to be following a shrewd, cost-cutting strategy. While Tesla (NASDAQ:TSLA) focuses on vertical integration and the maximum utilization of in-house components, the strategy is phenomenally capital intensive. On the other hand, Fisker appears to be following the outsourcing strategy similar to what Apple (NASDAQ:AAPL) employs for its iconic iPhones. With the manufacturing of all major components as well as the final assembly being handled by third-party OEMs, Fisker need only focus on EV design, specs, and customer experience, including its overarching goal of sustainability.

Despite the obvious advantages of this outsourcing strategy, Fisker hit a snag in July when it revealed via a filing with the SEC:

“It is also a reality when working with world-class partners that they might not move at our speed. This is something of which we must be respectful. To this point, we have not achieved our goal of signing a cornerstone agreement with VW by the end of July 2020 as we previously anticipated. We look forward to continuing discussions with VW again in September after the traditional European summer holidays. We remain in conversation with several other potential OEMs and suppliers that would be able to fit within our unique business model and we believe will enable us to enter into definitive manufacturing and supply agreements before year-end.”

Consequently, September will prove to be a crucial month for Fisker, determining whether it manages to secure the sought-after lucrative partnership with VW.

Nonetheless, the company is continuing to work toward crucial milestones. As an illustration, Fisker disclosed in early August that it has signed an MOU with the Austrian automaker, Magna Steyr Fahrzeugtechnik, for the production of the Ocean SUV.

The Ocean SUV also continues to garner healthy interest, having clocked over 7,000 advanced reservations to date. Moreover, Henrik Fisker, the Chairman and CEO of Fisker Inc., tweeted on the 30th of August that the company has recorded over 33,500 registrations on its custom-made app:

We now have over 33,500 registrations on our Fisker App from 123 countries! Click here to check it out : iOS: https://t.co/DyJYxeHAtF
Android: https://t.co/NMVvrnVc7c #fisker #love #EVs #App #shop pic.twitter.com/os2VsBa6zz

As stated earlier, Fisker has entered into a definitive agreement with Spartan Energy Acquisition Corp. – a Special Purpose Acquisition Company (SPAC) – that will allow the EV manufacturer to list on the New York Stock Exchange (NYSE). As a refresher, a SPAC is formed for the sole purpose of raising capital through an IPO and then to channel these IPO proceeds into acquiring an existing company. If the SPAC fails to acquire its target within the stipulated timeframe, the money is returned to the investors and the entity is disbanded.

The agreement is expected to achieve closure in the fourth quarter of 2020 and will likely be worth $2.9 billion, including $500 million in PIPE investment. For context, a Private Investment in Public Equity (PIPE) is the purchase of shares of publicly traded stock at a discount to the current market price by institutional investors. The mechanism aims to reward these investors for providing an infusion of liquidity. While there is only a very slim chance that the deal unravels, most analysts expect Fisker and Spartan Energy to achieve a formal merger in October 2020, highlighting the criticality of the approaching time period that forms the thesis of this article.