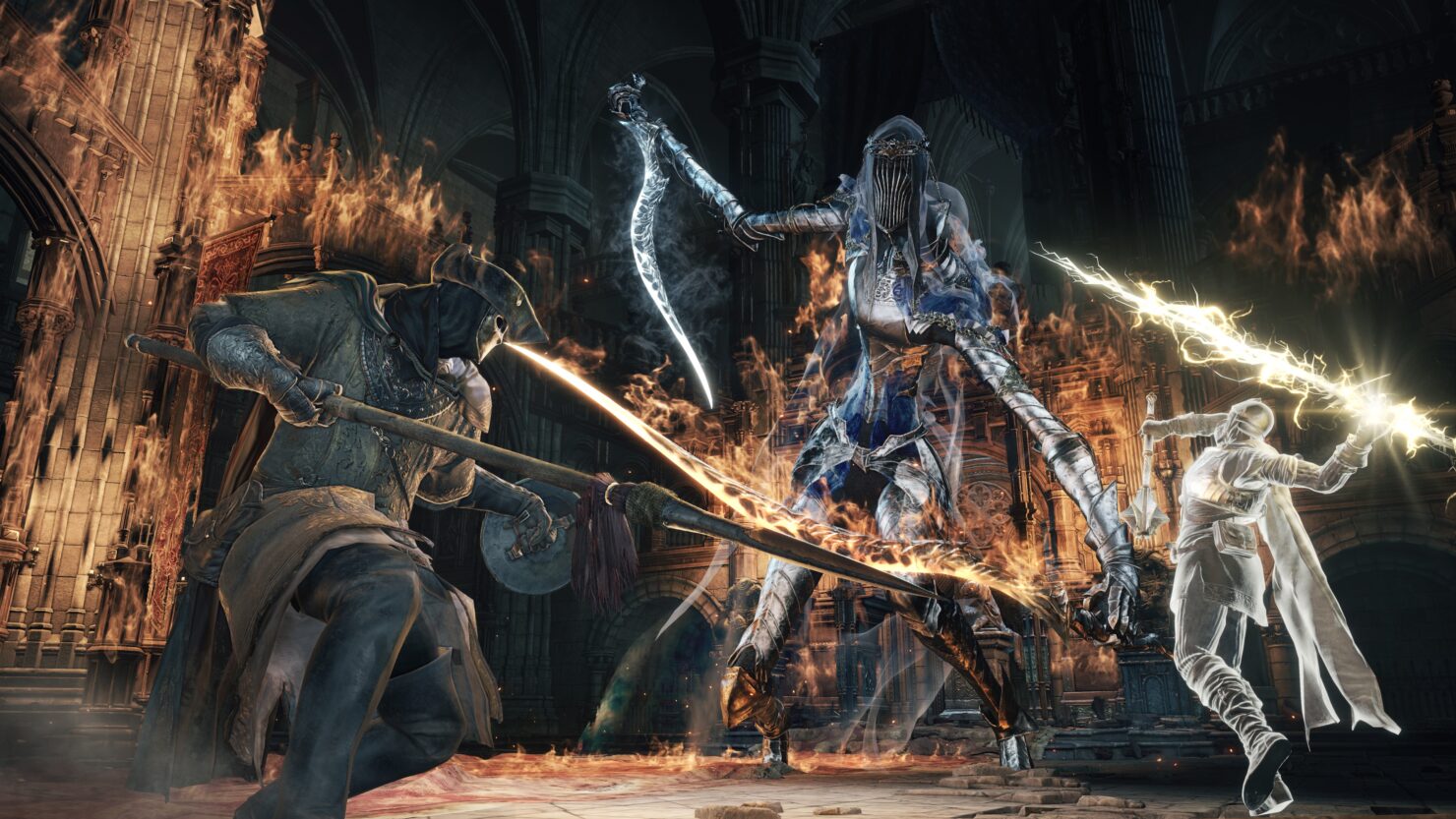 [Update] According to a Tweet from Sony's official Playstation account, the DLC is called 'Dark Souls 3: Ashes of Ariandel', and will indeed release on October 25. The Tweet from Sony was later removed, but we managed to obtain a screenshot of the Tweet. 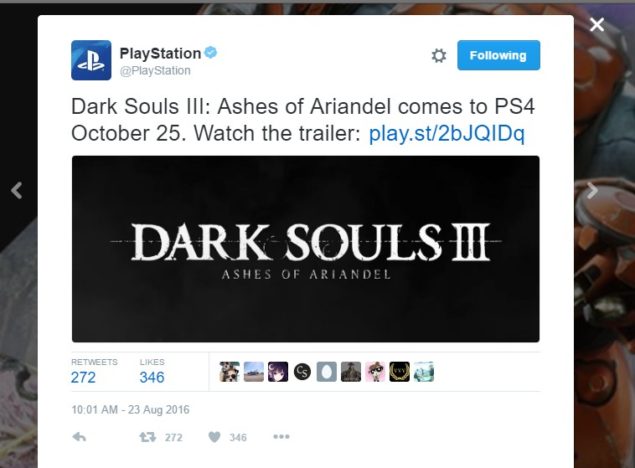 [Original story] The first Dark Souls 3 DLC is slated for a release on October 25 in Japan, and will add an exclusive PvP map, new weapons, and new magic.

Siliconera reports that the first Dark Souls 3 DLC will sell for 1,200 Yen (roughly $12.00), while a season pass containing both the first and upcoming 2nd DLC will be sold for 2,000 Yen (around $ 20.00). Apparently, a screenshot displaying a new area covered in snow was shown off in the Japanese gaming magazine. This new area might be related to new single player content for Dark Souls 3, but Bandai Namco hasn’t officially confirmed that this is indeed the case.

According to the Japanese gaming magazine, the new exclusive PvP map is called “Immortal Competition”. Furthermore, the screenshots in the magazine display some sort of icy storm magic alongside a huge sword covered in colorless flames.

Dark Souls 3 was officially announced during last year's E3. “The Dark Souls brand became a phenomenon thanks to amazing work from our dear partners FromSoftware and our very own Bandai Namco Entertainment teams”. said Herve Hoerdt, Vice President of Marketing & Digital at Bandai Namco Entertainment Europe. “But above all, we are blessed to have such a supportive and loving community, and we are happy to dedicate this final episode to them!”. A season pass for the game was announced earlier this year.

Upon release, the RPG became Bandai Namco's fastest selling title to date. Dark Souls 3 is available now for PC, PS4, and Xbox One.