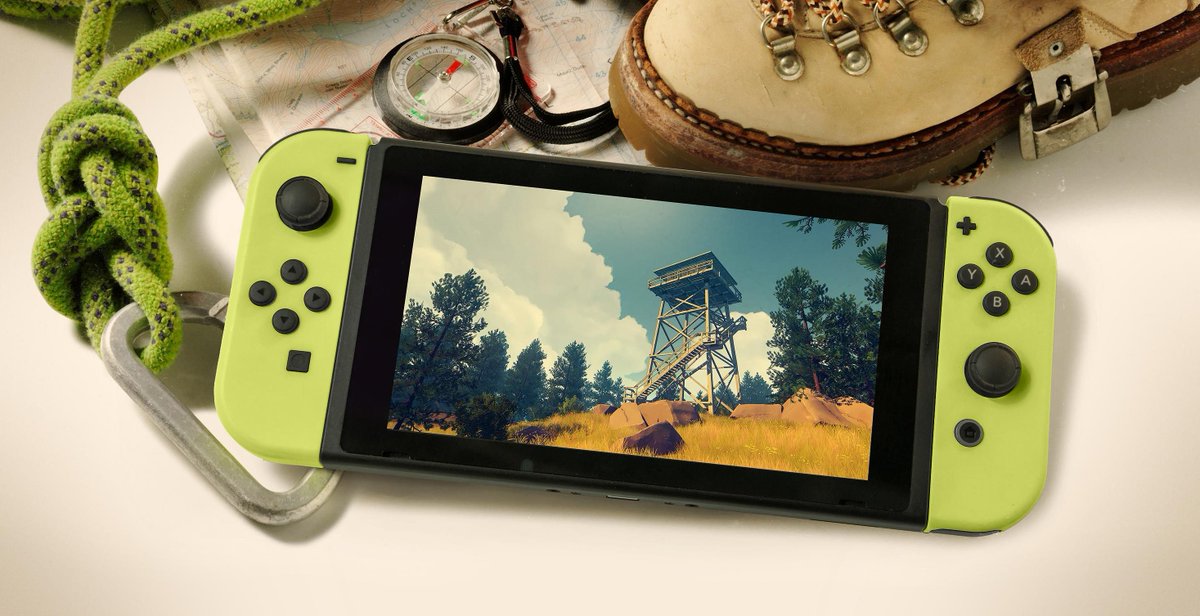 Firewatch Switch has been announced by developer Campo Santo and it will be releasing later this year.

The independent developer announced the news through Twitter. “Soon, take the Wyoming wilderness with you”, the tweet wrote. “Firewatch is coming to your Nintendo Switch.”

Down below you’ll find a description of the game for the Switch as posted on Firewatch’s official website.

The first-person mystery adventure title will be released for Nintendo’s hybrid platform this Spring.

The year is 1989 and you've just taken a job deep in the Wyoming wilderness.

Alone for the summer with nothing to do but spot fires, your supervisor Delilah is always just a call away on your radio—and as you're pulled out of the tower into the dense forest below, she's your only contact with the world you've left behind.

Firewatch is an award-winning first-person narrative adventure available soon for your Nintendo Switch™.

Imagine: The sounds of a babbling brook, a cool mountain breeze blowing through the timber. And in your hands, your trusty Nintendo Switch.

This Spring, take your Nintendo Switch on an outdoor adventure and experience the gripping mystery beloved by gamers and critics alike.

Firewatch was first released for PC and PlayStation 4 back in February of 2016. The title was later released for Xbox One as well. You can check our review here.

Would I recommend Firewatch? Without a doubt. It’s a perfect example of what developers can do when they bring together excellent storytelling, characters and dialogue. A simple, yet impactful story, that will stay with you after you’ve turned the game off and one that you’ll want to come back to, to explore different paths, find the clues and secrets you may have missed the first time.

Firewatch is a short, succinct, game that tells the story it wants to tell. It offers a real look at developing relationships, choice and consequence, all with the beautifully rendered backdrop of the Shoshone national forest. It's a game that will stick with you beyond the finish and one that you'll want to go back to.