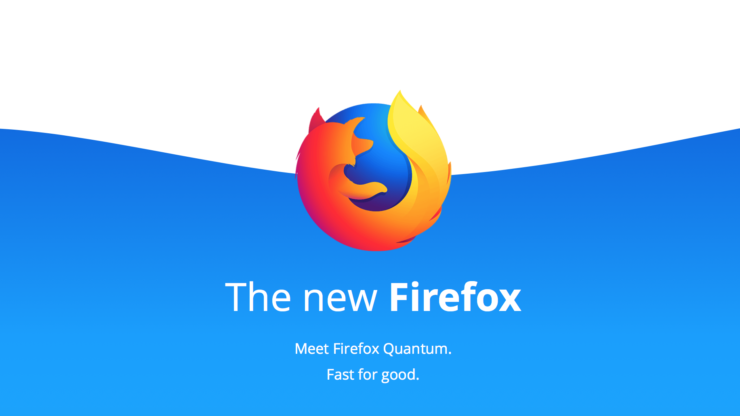 Mozilla's long-awaited Firefox 57 aka Firefox Quantum is officially live today. The latest version of Firefox that the company has promised will bring "massive performance improvements" is now available for Windows, macOS, Linux, Android, and iOS.

The latest Firefox 57 is one of the biggest overhauls given to the browser well-regarded for its security features. Today's update notably incorporates Mozilla's next-generation browser engine called Project Quantum that will make the browser "fastest and smoothest." The company has been talking about this for several months now, creating a hype not seen in a long time when it comes to browsers. Mozilla says that users should expect "some big jumps" in performance with today's and the next few builds sent to the browser.

If you thought Mozilla was going to only talk about the above features of performance and "intelligent browsing," you were clearly wrong. There's no browser that talks about itself without giving a mention to Google Chrome, as well. The latest Firefox Quantum is "30% lighter than Chrome," Mozilla has claimed.

However, before you get too excited to jump on the Quantum forces, do note that you might lose some of the extensions. Firefox has traditionally supported two types of extensions: legacy and WebExtensions. From now on, legacy extensions will no longer work.

While some of the popular extensions are already available as WebExtensions, there are still many (including LastPass) that are yet to be upgraded. Mozilla, realizing the pain that users will potentially go through - has put up a list of popular extensions that have migrated to WebExtensions. If you don't find something you use, you can also go this replacement tool to look for a compatible replacement for your Firefox legacy extension.

Apart from extensions, you will most likely love this update as Firefox Quantum finally takes advantage of multiple CPU cores with the browser featuring a faster CSS engine written in Rust that runs in parallel across multiple cores, instead of serially on a single core. Mozilla says that "no other browser can do this."

“Browsers have traditionally been written in C++. When programming in C++, it’s rather easy for programmers to inadvertently introduce bugs or security vulnerabilities when they try creating complex algorithms that run in parallel. Rust has allowed us to code new algorithms that make the web experience in Firefox Quantum super fast and safe.”

And if you are still unsure that this browser is indeed speedy, here is a comparison between Chrome and Firefox.

In for some Quantum fun? You can download the latest browser now:

Head over here to download the browser for Linux, Android and iOS.