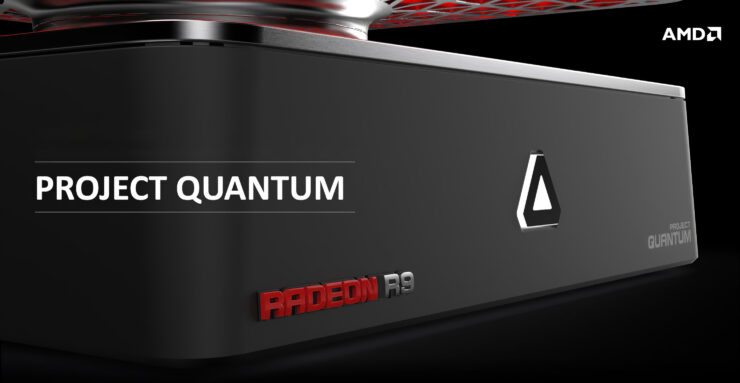 The last time we heard of AMD's Project Quantum was almost four years ago when AMD made the ambiguous promise that the project wasn't dead and would someday be back. Project Quantum was shelved almost a full year after its initial announcement back in 2015 and it seemed that we had heard about it for the last time. A very recently filled patent has surfaced that shows that not only is the patent alive and kicking but features a brand new integrated PSU solution - which means that AMD had been quietly working on it and it may actually see the light of day.

The patent was approved on September 15, 2020, and was filed in February earlier this year.

Before we go any further, let's go over the reasons Project Quantum was canned in the first place. The official reason, seen in an excerpt from Richard Huddy's interview with PCR magazine, is as follows:

“The interest we got immediately after E3 was very high, from journalists and consumers and OEM partners, I don’t know whether we have an OEM who is committed to building something like it. We built it as a concept PC, so like concept cars it’s not usually practical to take it straight to market, that wouldn’t make a great deal of sense. But it’s not far from that. I would think that if we have the right kind of conversations with some of these OEMs, then we might well turn it into a real product. In that case, it will probably be a very small number. Maybe only one or at most a handful of PC manufacturers who would bring that to market, potentially. It’s a custom piece, not a high volume piece, but it is a thing of beauty.” said AMD’s Richard Huddy to PCR 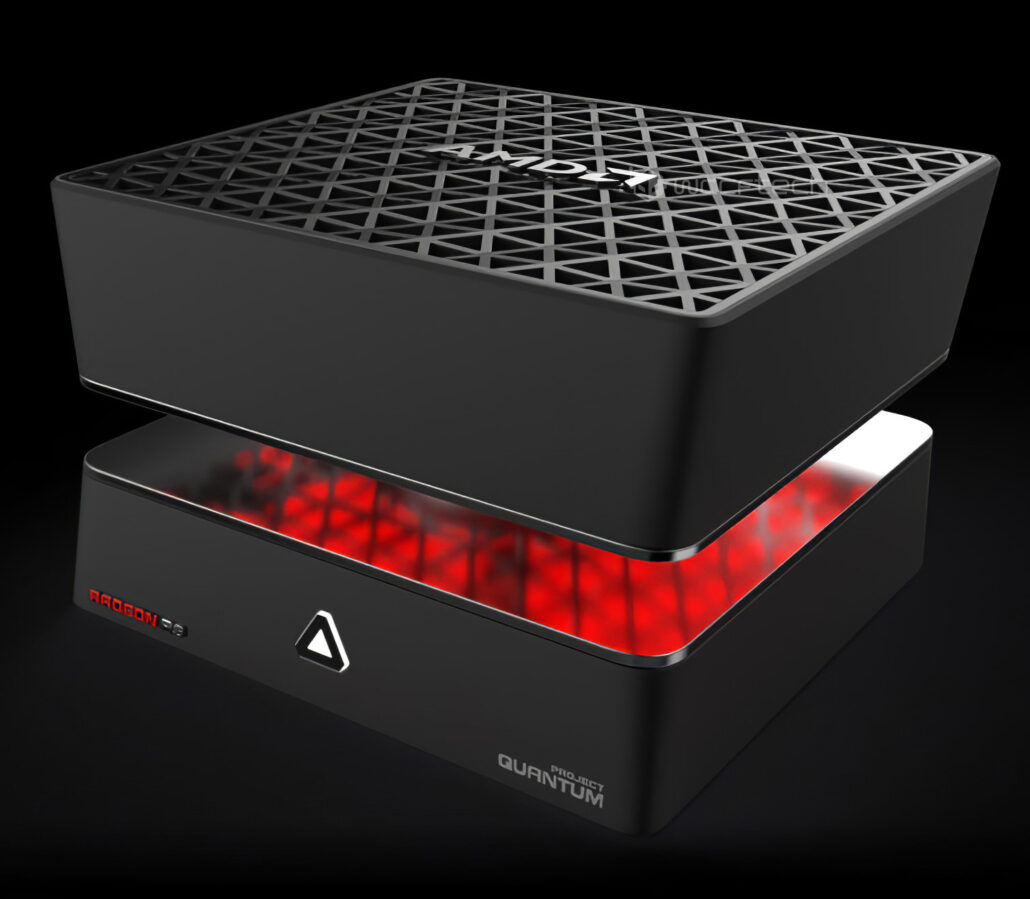 But there were also "unofficial" reasons as heard in the pipeline:

You see, AMD's Project Quantum at that time used an Intel processor to drive the dual Fiji GPUs in its belly - because AMD's CPU offerings weren't competitive yet. This was a couple of years before Zen would change the world forever. Had AMD moved ahead at this point in time, then not only would Intel have received a good chunk of the sales value but AMD's own margins would have been diminished. 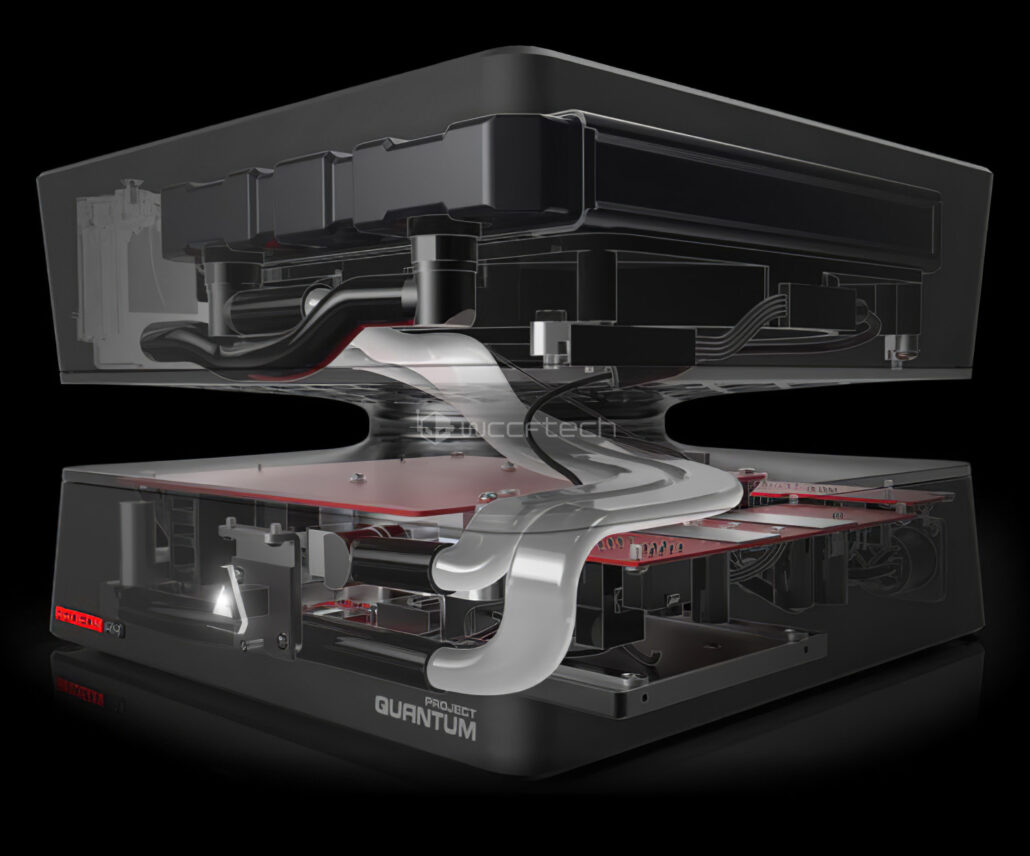 This is where we come back to the patent. So not only is AMD much much bigger as a company (it was barely a billion-dollar company then) and wields influence orders of magnitude higher with OEMs, but its Zen-based architecture has a leadership position in the market. A Project Quantum can now be designed without using Intel processors and entirely with AMD internals.

The one thing that does not seem to have changed in this new patent is the use of an external power supply. This is odd considering Intel's Ghost Canyon has already proven that you can build compact power supplies that can drive not only a powerful processor but an RTX 2080 as well. We can see a 10-pin connector in the back of the device - which is just enough power that an internal brick (like Intel's Ghost Canyon) could easily provide.

All that said, everything is ripe for AMD to offer a competitor to Intel's NUC line and I am sure that OEMs would be lining up to help create this. The new Project Quantum will almost certainly not be rocking dual Fijis - it might not even rock dual graphics cards anymore. An AMD RX 6000 series flagship is a far better choice and should easily fit inside. With both next-generation consoles adopting x86 and PC design methodology with their builds, maybe its time that x86 machines adopt the console form factor for some serious win.