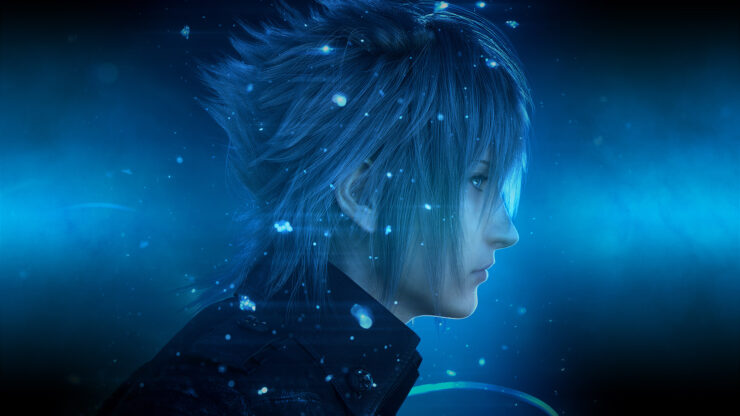 Being its final Gamescom, Final Fantasy XV was always going to be the star of the show this year. The recent confirmation of the November delay possibily made fans of the long running role playing game series even more excited for it. During the first, press-only, day of Gamescom 2016, queues were getting longer and longer with each passing hour. Was the hour long wait worth it? It definitely was.

I have been following Final Fantasy XV ever since it was known as Final Fantasy Versus XIII, and I must admit I am not exactly a fan of Hajime Tabata's approach. The Episode Duscae demo was definitely interesting as the first taste of the new open world experience, but it felt somewhat lacking to me. The Platinum Demo did not ease my fears, bringing my expectations decisively down. But the Gamescom 2016 demo made me excited for the game as I never have been before.

The Final Fantasy XV Gamescom 2016 demo starts from the very beginning of the game, with players following Noctis and company as they leave on their journey to get the crown prince of Lucis to Lunefreya, his fiancee. Things, however, don't go as planned, as the crew has to deal with a car malfunction which will bring them to meet the mechanics Cid and Cindy. Repairing a car is not an easy job, so Noctis and friends are sent to complete a variety of simple quests while waiting for the repairs to be done, which allows players to get acquainted with some of the mechanics such as the battle system, menu system, new magic system and more. During one of these quests, players also have to deal with a powerful boss, which requires some synergy between party members.

Final Fantasy XV first few moments make a pretty clear statement, especially when compared to the first sequences of the previous single player entry of the series: no rails allowed. After getting the first quest from Cindy, players are free to roam the surrounding areas, which definitely feels great. This freedom of movement is also highlighted by the Warp mechanics, which we have seen already in the past. Additionally, the world felt somewhat alive, as I have met NPCs driving down the roads quite often. All this made my time with Final Fantasy XV feel so short, and yet so satisfying.

If the game feels so great to play already, why delay it? All those who have played the Gamescom 2016 demo will surely agree that Final Fantasy XV definitely needed additional development time. In its current state, Final Fantasy XV doesn't really look good, with shadows appearing at the last possible moments, hair and textures being very low quality, some pretty evident pop-ups and more. Performance is also quite bad, with some noticeable slowdowns even during simple cutscenes. The uneven performance definitely makes battles less enjoyable too, as controls tend to become sluggish, making it very difficult to block attacks with the right timing.

Final Fantasy XV has been delayed, and that's incredibly disappointing. But in its current state, the actual content (which seems to be incredibly promising) would have been brought down by technical issues, and that's something that Square Enix cannot afford, not after all these years of development; even if a day one patch magically fixed the biggest issues. If everything will be up to par this November, Final Fantasy XV has the potential of becoming one of the best entries of the series.