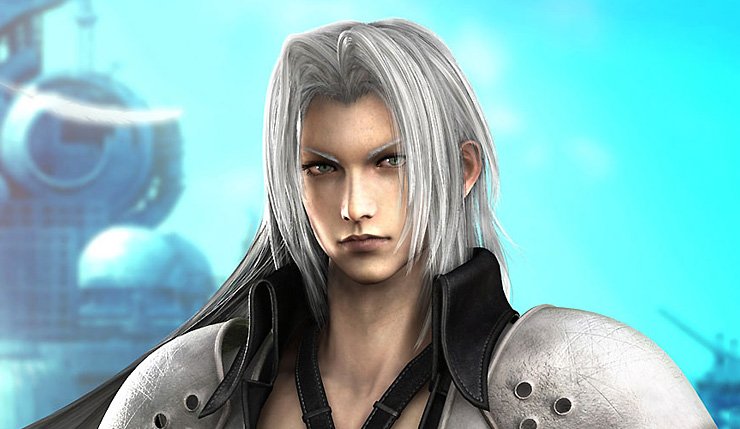 A trio of new Square Enix trademarks may hint the publisher has bigger plans for Final Fantasy VII than they’ve let on. The three trademarks, which were filed in December and made public today, are for “Ever Crisis,” “The First Soldier,” and a logo for the Shinra Electric Power Company.

The first of the trademarks is the most intriguing, as it hints at a new “Compilation of Final Fantasy VII” spinoff. For those who aren’t familiar, the Compilation was a series of film and video game spinoffs based on FF7 including Advent Children, Before Children, Crisis Core, and Dirge of Cerberus. You’ll note, all the Compilation of FF7 projects follow a rather specific naming pattern, with the second word in each title starting with a C. Also, the first word in the titles of the four main Compilation spinoffs have covered letters A through D (Advent, Before, Crisis, Dirge). Ever Crisis would fit in perfectly with the naming scheme.

So, what might Ever Crisis refer to? A new spinoff based on Final Fantasy VII Remake? A remastered collection of the FF7 Compilation titles? Or perhaps a full remake of Crisis Core or one of the other games? As or now, we just don’t know, but it will be interesting to see what Square Enix is planning, as Final Fantasy VII Remake already takes some odds and ends from the Compilation titles.

As for the other two trademarks, most are assuming The First Soldier refers to Sephiroth and the Shinra Electric Power Company logo kind of speaks to itself. Are we getting some sort of new project featuring everybody’s favorite silver-haired baddie? Or do the First Soldier and Shinra trademarks relate to Ever Crisis in some way? Again, we just don’t know at this point.

Final Fantasy VII Remake is available now on PS4. What do you think Square Enix is cooking up here? Would you be into them doing the FF7 spinoff thing again?