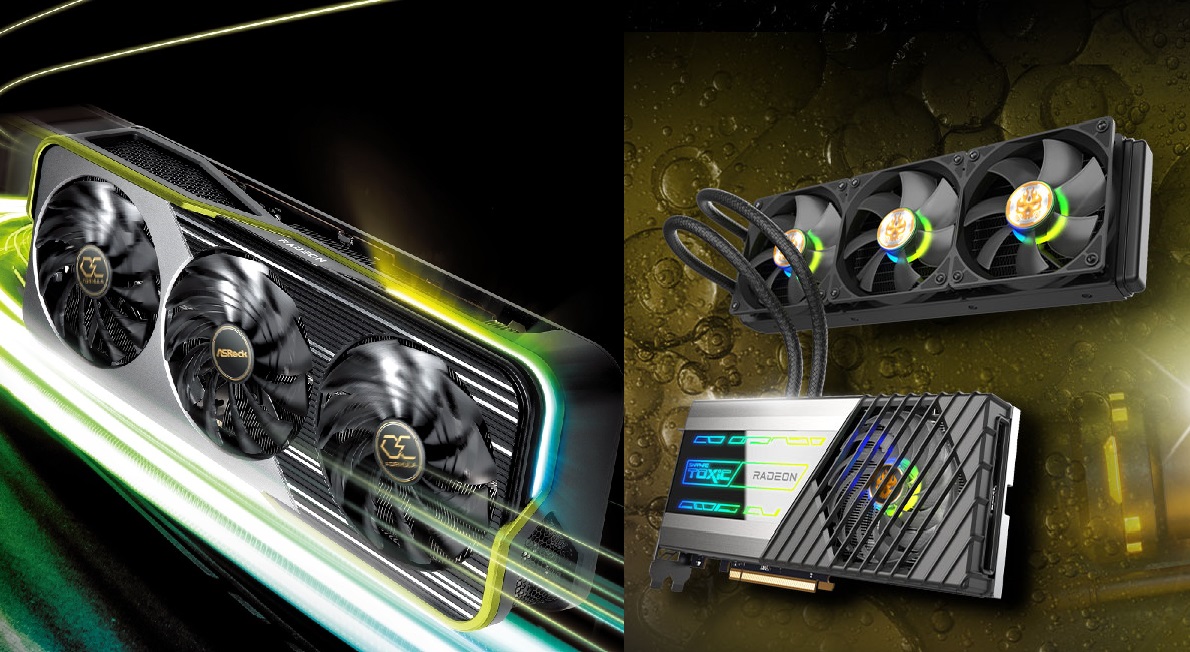 The fastest AMD Radeon RX 6900 XT graphics cards such as the Sapphire Toxic Extreme & the ASRock OC Formula have started hitting retail shelves. Both designs are insane with lots of GPU power and overclocking capabilities packed within them but they are also priced more than twice as much as the reference MSRP of $999 US.

The Sapphire Radeon RX 6900 XT Toxic Extreme & the ASRock Radeon RX 6900 XT OC Formula were unveiled this month and aim to be the fastest offerings from each manufacturer. Both products are based on the Navi 21 XTXH silicon which is designed for extreme overclocking and features a 4 GHz power limit that has already enabled overclockers to hit over 3.2 GHz overclocks on LN2 cooling.

These custom AMD Radeon RX 6900 XT graphics cards are not only insane in terms of overclocking but also insane in terms of pricing. We have to keep in mind that the stock MSRP of the card is $999 US however, due to limited availability and price inflation due to huge demand, the cards start well over €2000. Starting with the Sapphire Radeon RX 6900 XT Toxic Extreme, we have several retailers who have listed the card and its price varies quite significantly.

Retailer PCDIGA has the card listed for €2599 while Multitronic has the same variant listed for an insane €4159. The standard Toxic variant (non-Extreme) is listed for €2264 at CentralPoint and a massive €2999 at Pro shop. 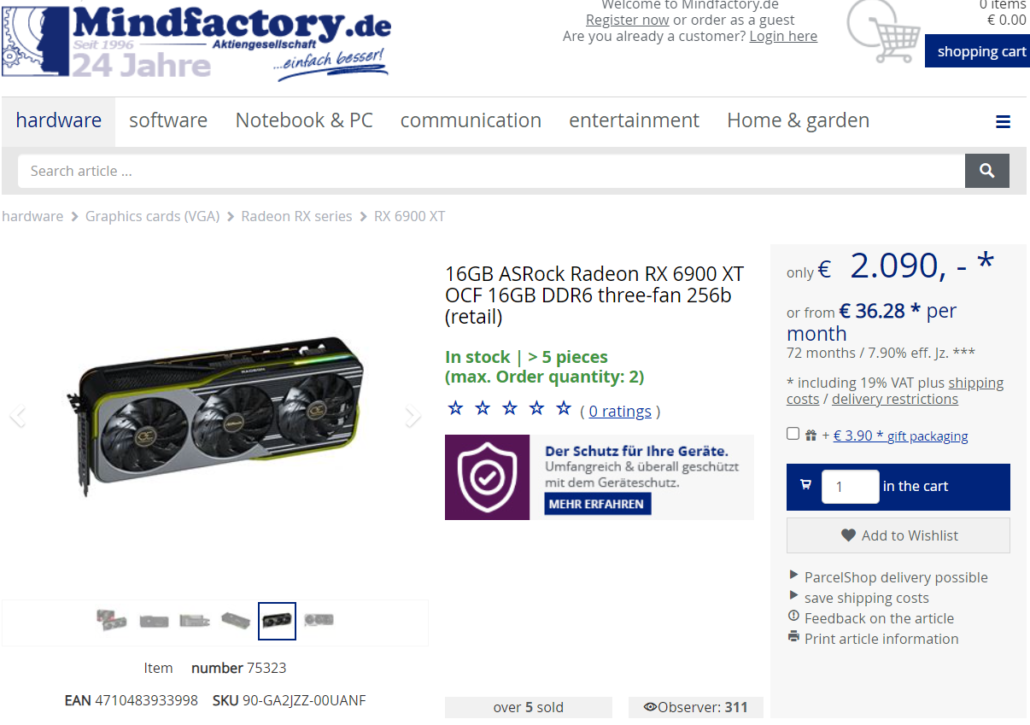 Moving over to the ASRock Radeon RX 6900 XT OC Formula, we have a well-renowned retailer, Mind factory from Germany listing the card for €2090. What's interesting is that the card is available with the stock listing over 5 units available and you can order a maximum of 2 cards if you are fast enough. The retailer has already sold over 5 cards so it seems like they did receive some good stock from ASRock but given the current market situation, even this stock will run dry really soon.

The ASRock Radeon RX 6900 XT is a beast of a card featuring the full-fat Big Navi 21 XTXH GPU. The GPU runs at blistering fast clock speeds of up to 2295 MHz Game and 2475 MHz boost For users who want a silent operation, the card also has a silent mode (Q BIOS) which lets the card run at a more conservative 2165 MHz Game & 2365 MHz boost clock. The card retains its 16 GB of GDDR6 memory which operates across a 256-bit wide bus & also features 128 MB of Infinity Cache on die.

With the internal specifications done, let's talk about the card itself. The ASRock Radeon RX 6900 XT OC Formula comes with a massive triple-slot and triple-fan design. It features a metallic silver front shroud that also features a green-colored side skirt that covers the sides of the card and offers an elegant feel. The card also makes use of RGB LEDs on the backside which are compliant with the ASRock Polychrome Sync RGB technology. The back of the card features a full-metal and full-cover backplate which has cut-outs on the rear end to allow air to be vented out.

The ASRock Radeon RX 6900 XT OC Formula keeps things extreme with a monstrous 21 phase PCB design (90A Power Chokes) which is powered by triple 8-pin connectors. The card is cooled off by a massive aluminum-finned heatsink with seven heat pipes running through it. The V-shaped fins and air vents allow air to pass through more efficiently. The GPU contact area is made of a nickel-plated copper base plate which improves thermal dissipation. Other than that, the card features the standard triple DisplayPort 1.4 and a single HDMI 2.1 VRR outputs. The card looks amazing but will definitely require a lot of room as it measures an insane 332x137x61mm (lxhxw).

The main shroud that houses the PCB comes with a reflective material that is made up of both plastic and metal. There's a large fan on the shroud itself which offers cooling on both, the VRMs and memory modules. This fan uses a hybrid fan blade design which takes advantage of traditional axial and blower fan designs.

As for the card itself, it features a triple-BIOS design which offers Performance/Silent/Software switch modes. The Sapphire Radeon RX 6900 XT Toxic Extreme edition is set to performance mode by default. The performance mode delivers speeds of 2375 MHz game and 2525 MHz boost within its default TGP but enabling the one-click Toxic boost pushes the card to an insane 2730 MHz that makes it the fastest Big Navi GPU based custom design ever built.

The previous top speeds were achieved by the ASRock Radeon RX 6900 XT OC Formula at 2475 MHz (out-of-the-box) but the Toxic Extreme just blows it away with a +255 MHz overclock. The card has a total power consumption of under 430W which also makes it the most power-hungry Big Navi design to date.