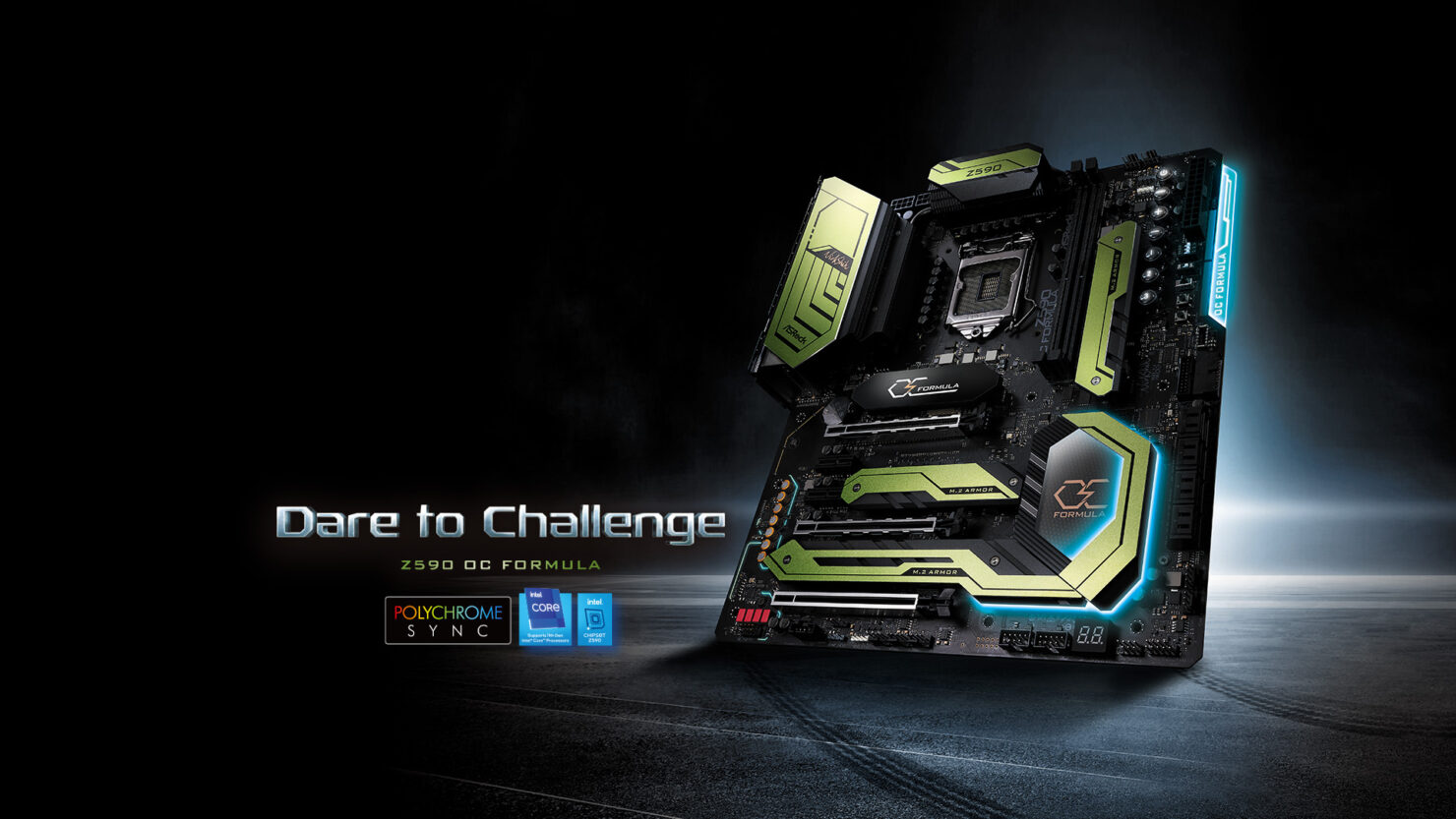 ASRock has brought back its iconic OC Formula brand with the launch of a new product, the Z590 OC Formula motherboard. The lineup was last seen several years ago but ASRock is taking things up a notch by not only introducing its first OCF motherboard after 6 years that aims purely at the hardcore overclocking community.

The main launch product of the ASRock OC Formula lineup is the Z590 OC Formula which has been introduced day as the best motherboard for overclocking Intel's 11th Gen Rocket Lake Desktop line of processors. Designed in-collaboration with ASRock's very own, Nick Shih, the motherboard has a lot to offer.

For starters, the ASRock Z590 OC Formula motherboard features the LGA 1200 socket which will support both 10th & 11th, Gen Desktop CPUs. The CPUs are powered by dual 8-pin connectors & fed by a monstrous 16 Phase SPS power delivery that makes use of 90A power stages and a high-grade (50A Dr.MOS) MOSFET implementation. The motherboard features a 12-layer server-grade and low-loss PCB. There are two SMD type DIMM slots that can support up to 64 GB capacities with speeds of up to 5600 MHz (OC+).

In terms of design, the motherboard features a brand new OCF look. Gone is the yellow look from the past and the board now comes with a light green design which, to be honest, looks really cool. There are several XXL Aluminum heatsinks which feature finned-aluminum arrays. The I/O plate is etched with a signature from Nick Shih. The memory VRMs are also covered by a heatsink. There are also several RGB LEDs on the side of the motherboard and under the PCH heatsink.