Sapphire has launched its fastest Toxic graphics card to date, the Radeon RX 6900 XT Toxic Extreme Edition which clocks beyond 2.7 GHz. The Toxic series is as high-end as Sapphire's custom design can go and make a return to the high-end segment after five years.

The Sapphire Toxic lineup is well known for offering one of the best custom designs on AMD's Radeon graphics cards. The last Toxic series graphics card we got to see was the Radeon 390X TOXIC which launched all the way back in 2016. It's been five years since Sapphire released brand new Toxic or Atomic variants. The main reason was mostly due to poor demand for AMD GPUs in the AIB market but ever since Navi, things have changed and AMD's AIBs are offering top-tier designs with each launch. 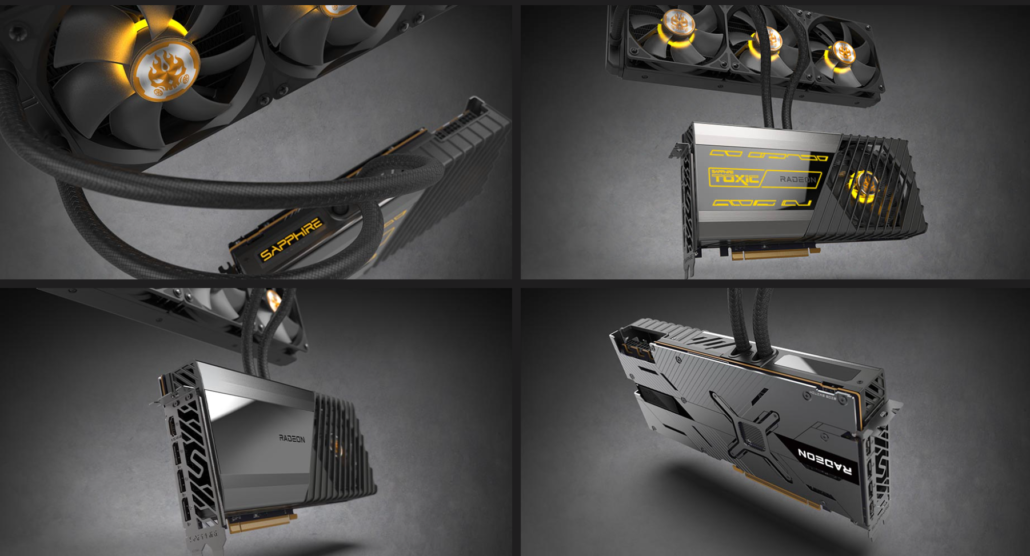 While Sapphire's Nitro and Pulse series are fantastic custom designs, enthusiasts should be more excited about the Toxic Extreme Edition series Radeon RX 6000 series graphics cards. The custom designs have been made purely for overclockers and enthusiasts with premium materials and absolutely phenomenal cooling designs.

The thing about both Toxic and Atomic variants is that the former is designed with the highest factory overclocks and the best PCB design in mind while the Atomic series focuses on liquid cooling. Recently, there have been several new overclocked variants of the Big Navi GPU pop up which utilize the higher-binned Navi 21 XTXH GPU and it looks like this Toxic Extreme Edition from Sapphire could be using the same chip. Overclockers have been able to hit over 3.2 GHz overclocks with the new Navi 21 XTXH GPU thanks to its unlocked 4.0 GHz clock limit so we can expect even bigger numbers with these new parts.

Following are some of the key features of the Sapphire Radeon RX 6900 XT Toxic Extreme Edition graphics card:

The main shroud that houses the PCB comes with a reflective material that is made up of both plastic and metal. There's a large fan on the shroud itself which offers cooling on both, the VRMs and memory modules. This fan uses a hybrid fan blade design which takes advantage of traditional axial and blower fan designs.

As for the card itself, it features a triple-BIOS design which offers Performance/Silent/Software switch modes. The Sapphire Radeon RX 6900 XT Toxic Extreme edition is set to performance mode by default. The performance mode delivers speeds of 2375 MHz game and 2525 MHz boost within its default TGP but enabling the one-click Toxic boost pushes the card to an insane 2730 MHz that makes it the fastest Big Navi GPU based custom design ever built.

The previous top speeds were achieved by the ASRock Radeon RX 6900 XT OC Formula at 2475 MHz (out-of-the-box) but the Toxic Extreme just blows it away with a +255 MHz overclock. The card has a total power consumption of under 430W which also makes it the most power-hungry Big Navi design to date. There's no word on the pricing but an extreme design like this is expected to cost around $2000 US in the retail market.