The first gameplay footage from Far Cry Primal will be shown off during The Game Awards next Thursday night. Game Awards producer Geoff Keighley just confirmed this on Twitter. 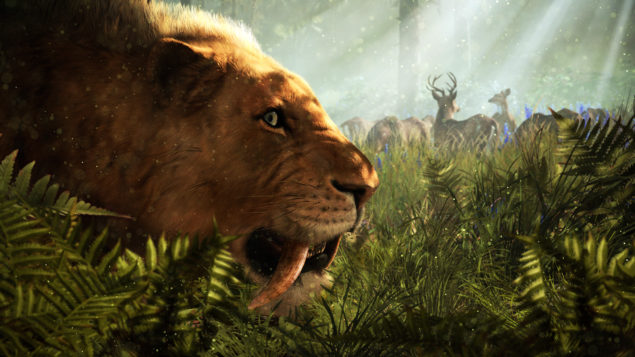 Far Cry Primal was announced 2 months ago by Ubisoft, after the publisher began teasing a mysterious cave painting earlier. The next installment in the Far Cry series is scheduled for a release on PS4 and Xbox One on February 23, while PC owners will be able to play the game in March 2016. The title is already up for pre-order at Amazon for $ 59.96, and will be a full retail title.

Welcome to the Stone Age, a time of omnipresent danger and limitless adventure, where giant woolly mammoths and saber-toothed tigers rule the Earth, and humanity is at the bottom of the food chain. As the last survivor of your tribe, you will learn to craft a deadly arsenal, fend off fierce predators, and outsmart enemies to conquer Oros and save mankind.
The award-winning Far Cry franchise that stormed the tropics and climbed the Himalayas now enters the original fight for mankind’s survival with its innovative open world gameplay, bringing together massive beasts, breathtaking environments, and unpredictable 360-degree combat in one savage package.
Be the mammoth! PRE-ORDER NOW to receive the Legend of the Mammoth Mission Pack!

A trailer for the game has been released, but during the Game Awards, gameplay will be shown off for the very first time since the game's announcement. Several games have been nominated for the best game of 2015, including Bloodborne, The Witcher 3 and Fallout 4.