Get ready to get crazy, because Far Cry 6’s first chunk of season pass content, entitled Vaas Insanity, launches next week. As the title implies, the DLC will let players control Vaas Montenegro, the still-iconic villain of Far Cry 3. As for what you’ll actually be doing, the DLC will have a roguelike flavor, with players encouraged to “die and retry” their way to victory. 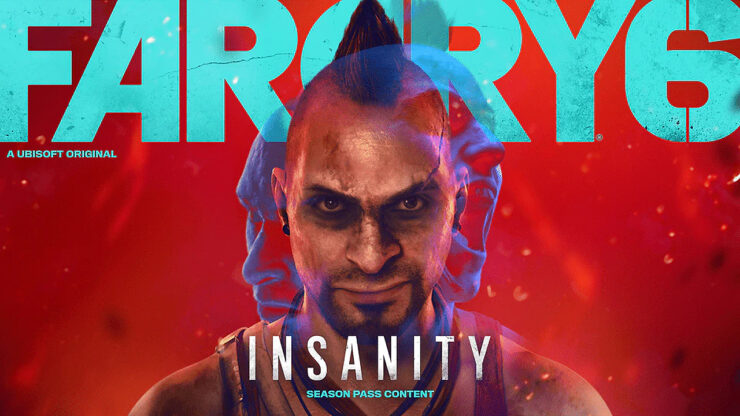 Become the villain as you step into the mind of Vaas Montenegro from Far Cry 3 and battle your inner demons in a brand new DLC unlike any experience from Far Cry before. Unveil the backstory of this iconic villain as you explore unique locations in a twisted version of the Rook Islands to collect keys and escape your own mind in this die and retry gameplay experience.

Vaas Insanity is part of Far Cry 6’s $40 Season Pass, which includes 3 DLC chapters that let you play as villains Vaas, Pagan Min, and Joseph Seed, as well as a remastered version of Far Cry 3: Blood Dragon. Far Cry 6’s second free update was recently released, adding a number of new features – you can get the full patch notes here.

Haven’t tried out Far Cry 6 yet? Wccftech’s Kai Powell found the game fun, albeit rather formulaic in his full review…