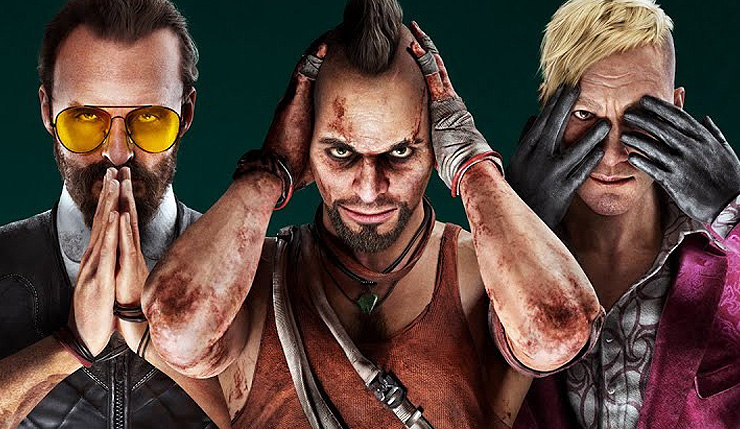 Late last month Ubisoft finally fully pulled the curtain back on Far Cry 6, giving us a release date and showing off a significant chunk of gameplay, and today during their Ubisoft Forward E3 event, they revealed even more details about the game. Specifically, they provided a first look at the Far Cry 6 Season Pass, which will tap into one of the most iconic aspects of the Far Cry series – it’s over-the-top villains. Yes, the Season Pass will let you play as bad guys like Vaas, Pagan Min, and Joseph Seed. Oh, and you'll also get a remastered version of Far Cry 3: Blood Dragon as a bonus! Check them out in action in the Season Pass trailer, below.

The Season Pass is part of the $100 Far Cry 6 Gold Edition, or can be purchased a la carte for $40. Here's how Ubisoft describes the Season Pass:

For the first time in Far Cry history, Season Pass holders can switch perspectives and play as some of the series’ most notorious villains: Vaas Montenegro, Pagan Min and Joseph Seed – all performed by the original cast. Through each of the three DLC episodes, players will delve into the minds of these infamous antagonists, uncover their backstories, battle their inner demons, and reunite with familiar faces in a brand new gameplay experience inspired by the roguelite genre in which players will have to become strong enough to survive multiple levels of the villain psyche.

Far Cry 6 launches on PC, Xbox One, Xbox Series X/S, PS5, PS5, Stadia, and Luna on October 7, with a free next-gen upgrade for those who buy on Xbox One or PS4. Pre-orders are open now. Need to know more? Check out Wccftech's full Far Cry 6 Q&A!