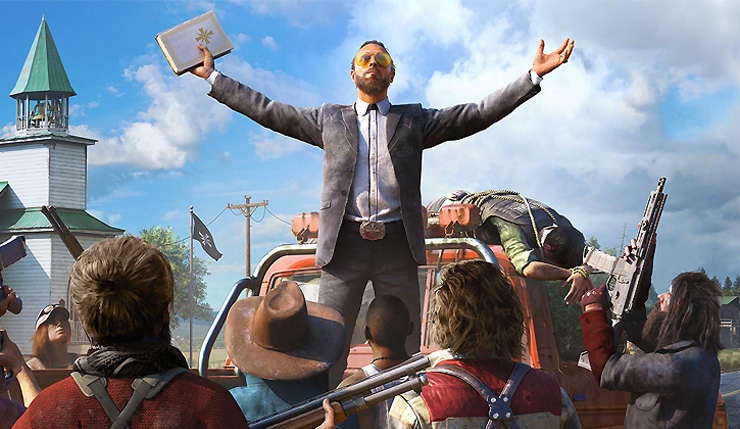 Recently, Ubisoft confirmed they plan to release five AAA titles before the end of their current fiscal year (which wraps up on March 31, 2021), and we already know these games will include Assassin’s Creed Valhalla, Rainbow Six Quarantine, Watch Dogs: Legion, and Gods & Monsters. So, what might that mysterious fifth game be? Apparently, it’s from one of Ubisoft’s biggest franchises, so many have speculated it’s a new Far Cry game, but there’s been no confirmation of that.

Well, according to the folks Gamereactor.dk, Far Cry 6 is indeed the fifth Ubisoft AAA game on the way, and it will mark a return to the more “interesting” locations of earlier games after Far Cry 5 experimented with a rural American setting (the following quote was translated by Google, so forgive any roughness)…

The last [Ubisoft] game scheduled to be released before April (unless Ubisoft decides it’s this game that should be postponed due to COVID-19 or that there are too many AAA releases in a fairly short window) is set to be a Far Cry. I don't want to ruin Ubisoft's plans by giving you all the information, but I can say with certainty that those of you who didn't like Far Cry 5's North American setting are likely to find this game more interesting when it's officially unveiled during Ubisoft Forward on July 12.

Take this rumor with the usual grain of salt, but a new Far Cry would certainly make sense. I wonder what kind of “interesting” locale we might be visiting this time? I guess we’ll just have to wait until July 12 to find out – you can get more information on the Ubisoft Forward event here.

While we’re waiting for more info, the most recent entries in the series, Far Cry 5 and its spinoff Far Cry New Dawn are available on PC, Xbox One, and PS4. What do you think? Excited for new Far Cry? Where do you want the next one to be set?