Update: Confirming the GameWorks features listed below for Far Cry 4 and Assassin's Creed Unity, Nvidia has released some informative slides from its GAME24 event, explaining how the games are being fully optimized for next-gen platforms using GameWorks technologies. You can check out all of the slides in the galleries at the end of this post.

Ubisoft has a lot going on this year. After releasing Watch Dogs, the hit open world action-adventure hacker themed video game, the developer is now preparing to roll out a couple of most anticipated video game titles, namely, Far Cry 4 and Assassin's Creed Unity. Both coming out later this year, the new installment in Ubisoft's famous historical action-adventure video game series is a next-gen title, and will only be released on the latest consoles and PC, while the new upcoming fourth installment in Far Cry series will be playable across all major video game platforms. Here are some PC exclusive graphical features of the upcoming games that were leaked in two press slides. 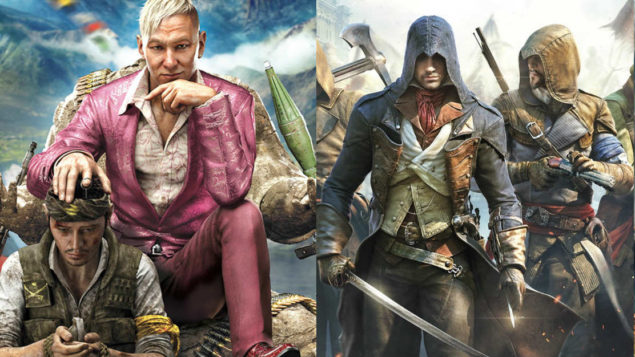 This is a busy year for Ubisoft. The well-known French-based video game developer and publisher will be releasing four major triple A video game titles across multiple video game platforms later this year, and two of these titles rank among the most awaited, and boasted ones. The chief of the list is Assassin's Creed Unity, the seventh installment in the most critically acclaimed historical fiction open world action adventure video game series. Launching on PC, PlayStation 4 and Xbox One only, the game offers advanced graphical textures and visuals, and has been completely optimized for next-gen platforms.

Far Cry 4, the fourth installment in Far Cry series and the sequel to 2012's most praised open world action-adventure first-person shooter game called Far Cry 3, is the second most hyped game coming from Ubisoft this year. Set in a vast, wild and perilous region of the Himalayas that is struggling under the inept regime of a despotic self-appointed, maniacal king, Far Cry 4 offers a massive open world filled with a vast variety of weapons, vehicles and animals. Releasing on PC, and latest as well as last-gen video game consoles, the game features breathtaking graphical environments and visual enhancements.

We all know that Ubisoft and Nvidia enjoy an exclusive relationship on video games' PC enhancements, and just like Watch Dogs, the upcoming Far Cry 3 and Assassin's Creed Unity will surely come packed with some exclusive graphical features, and enhancements on PC. It seems like some of these PC exclusive graphical features have been leaked in two slides that appeared on the internet (picked up by DSOGaming) before Nvidia's GAME24 event could go live.

We don't know much about exclusive PC render features of the upcoming games but this leaked slide reveals that Far Cry 4 will come with support for Nvidia's HBAO+, TXAA, PCSS, God-Rays (probably something similar to the tessellated God-Rays from Assassin's Creed IV: Black Fag), and Fur Tech. 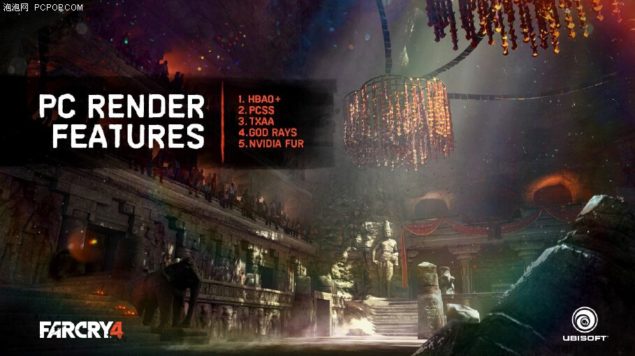 The second slide reveals that Assassin's Creed Unity will support tessellation that will be used to dig up enhanced in-game texture and environmental details. According to the description of this slide, this feature may, or may not be exclusive to PC version of the game only. Of course, this is not the only feature that Assassin's Creed Unity will support, rather it is the only one revealed in the leaked slide. 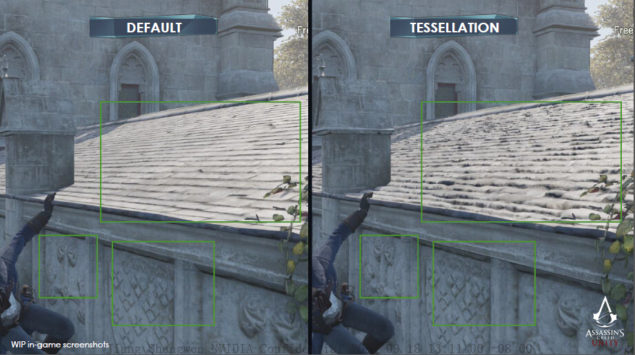