A month has already passed since Bethesda released Fallout Shelter on iOS, and a few days ago Android gamers have finally been able to get the game too.

In this short period of time, Fallout Shelter already registered some truly impressive numbers, which Bethesda shared today in a handy infographic. 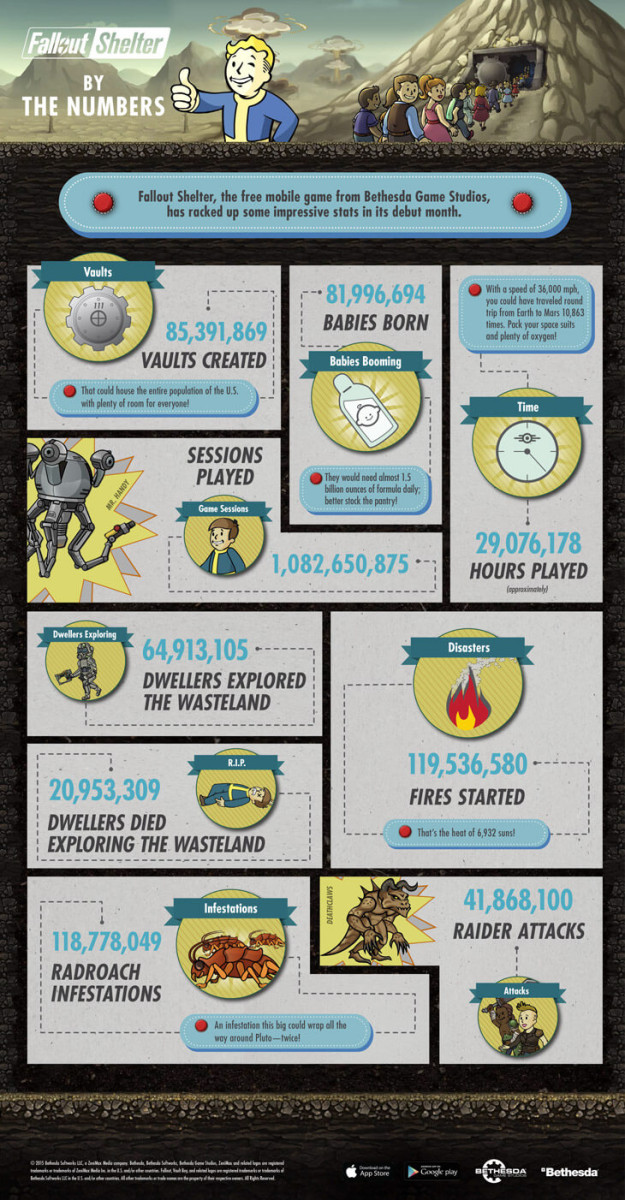 Among the most impressive numbers there are certainly over 29 million hours played and 85 million vaults created, though 118 millions radroach infestations are fairly scary, too.

In Fallout Shelter, you take the role of an overseer, the manager of those vaults that define the very setting of Fallout. It will be up to you to make sure that your vault flourishes along with its inhabitants.

If this article sparked in you a burning desire to try the game, here's a useful guide from the developers for newbie overseers.

However, in case you're far more interested in Fallout 4 (like me, honestly), rest assured that the game is coming along very nicely and will release on November 10 worldwide for PC, PlayStation 4 and Xbox One; the only annoyance is that mod tools won't be ready until 2016, but there's all the time for a full vanilla playthrough while we wait.