A brand-new upcoming Fallout 76 Tweaker mod will provide players with the necessary tools to modify the game’s configuration settings, including settings that are normally inaccessible.

The mod already supported Fallout 4 VR, SkyrimVR, and now Fallout 76 as well. According to mod creator ‘Bilago’, the configuration tool allows players to search for and edit all of the configuration settings used by the game engine, including settings that normally can’t be adjusted in the game’s official settings menu. 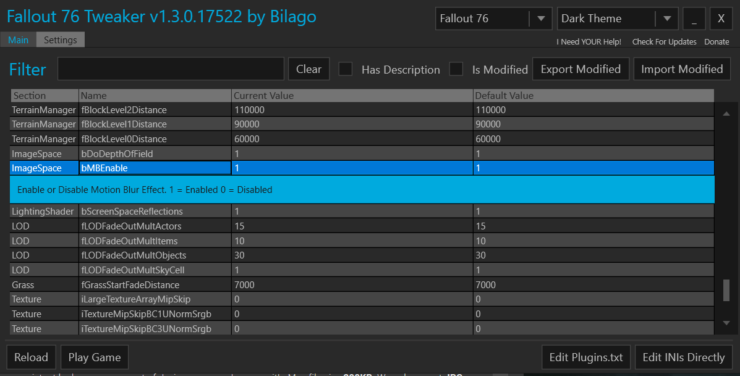 At the moment of writing, the mod has yet to be released and Bilago has promised to release the tool once Fallout 76 has been launched.

Once released, the Fallout 76 Tweaker mod can be downloaded here. Fallout 76 releases today for PC and consoles.