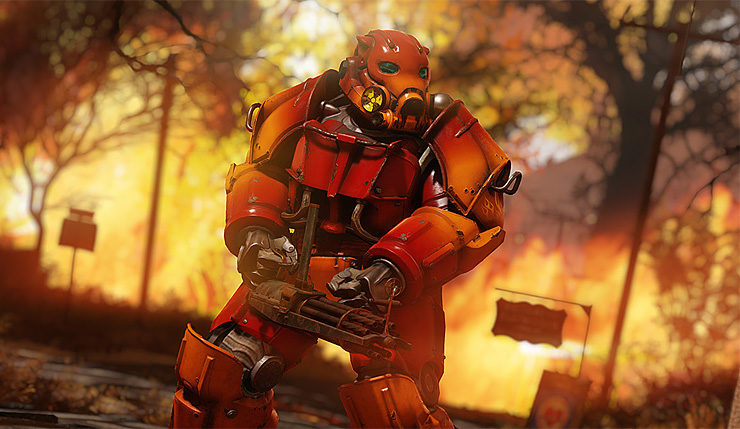 With the free Wastelanders expansion now in the rearview, Bethesda Game Studios announced today the Fallout 76 is playable for free this week on all platforms. Additionally, they've also revealed the development roadmap for the remainder of the year and it includes the return of the Brotherhood of Steel faction to Appalachia this Winter. 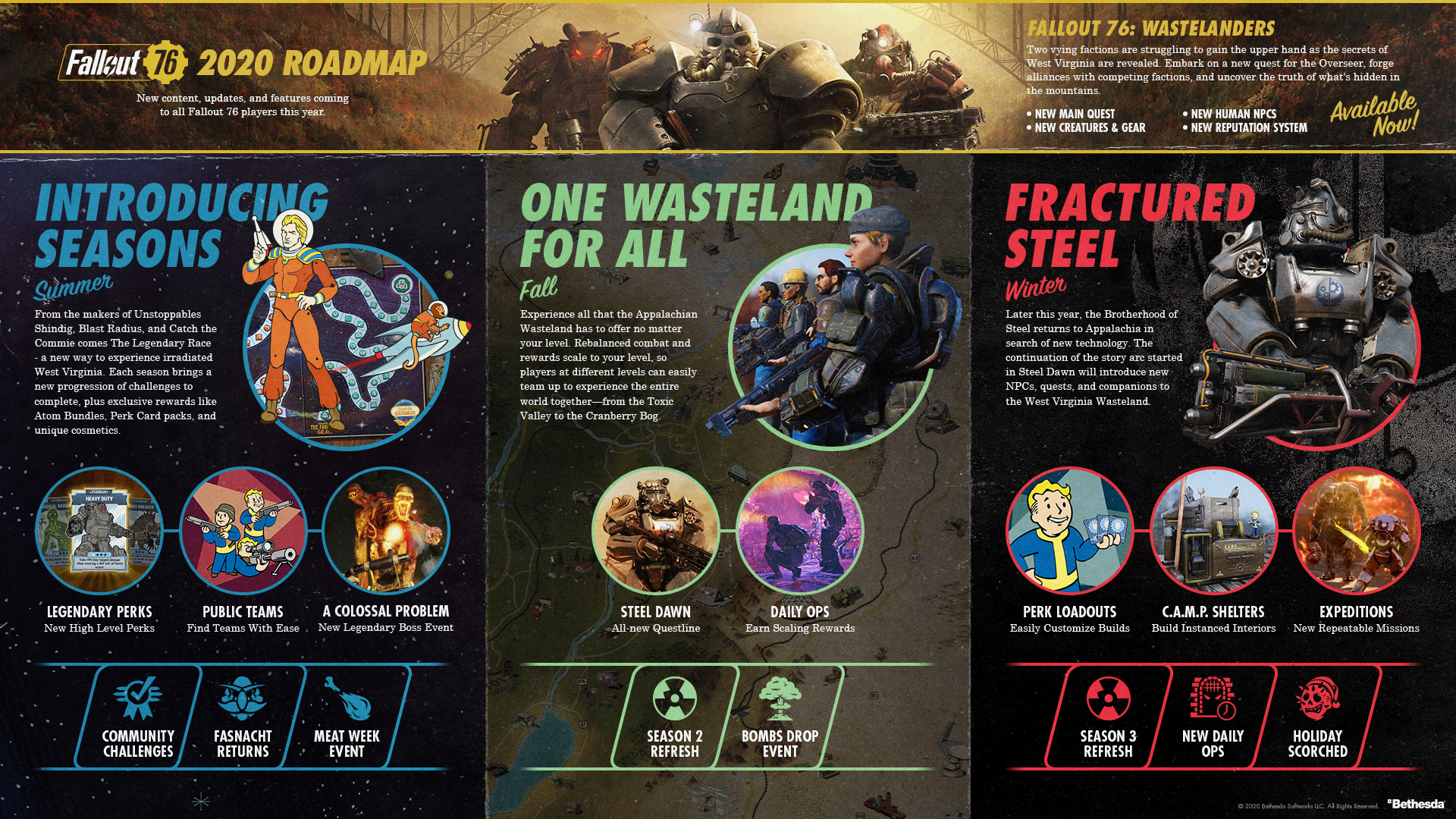 Before that, though, a Seasons system will be introduced this summer, adding a new account-wide progression path to Fallout 76 that the developers have described as a major overhaul compared to the existing Challenge system. Here's how it will work, in a nutshell:

Seasons will be available to all players and offer a unified progression path to unlock dozens of new and unique rewards from Power Armor paints and C.A.M.P. items to Atoms, Legendary Scrip, Perk Packs, and so much more.

In place of the old Challenge system that rewarded Atoms for completing Daily and Weekly Challenges, players will instead earn a new currency: S.C.O.R.E. points. These points will advance players in their Seasonal progression on the road to unlocking some incredible rewards. The result is a more engaging, flexible, and fun experience for all types of players. While Seasons are still subject to change based on internal playtests and player feedback, here’s a bit more on how Seasons currently work:

·       Players will see a new option on the Main Menu that will take them to a uniquely Fallout-themed seasonal progression screen. During Season 1, this will be a Captain Cosmos-themed boardgame!

·       All players begin at the first space on the board -- Rank 1 out of 100. Advancing along the board involves acquiring a new type of currency, S.C.O.R.E., obtainable through the revamped Challenge system and other in-game activities.

·       Challenges will be less complicated and easier to complete, typically involving activities players would complete by playing Fallout 76 as they normally would.

·       Players will have the option to spend 150 Atoms to skip ranks after the first two weeks of a Season. After two weeks, players can move ahead in ranks by spending Atoms as a means for those late to a Season a chance to catch up.

·       Seasons will run for 10 weeks with a two-week break between the end of one season the start of the next.

This Fall, on the other hand, the developers will release the 'One Wasteland' update which will bring Fallout 76 players together much in the same way of Elder Scrolls Online's 'One Tamriel' update. Combat and rewards will be rebalanced so that everyone may play together regardless of the region. Last but not least, the Fall update will feature the beginning of the 'Steel Dawn' questline which will lead to the Brotherhood of Steel's reemergence in late 2020.