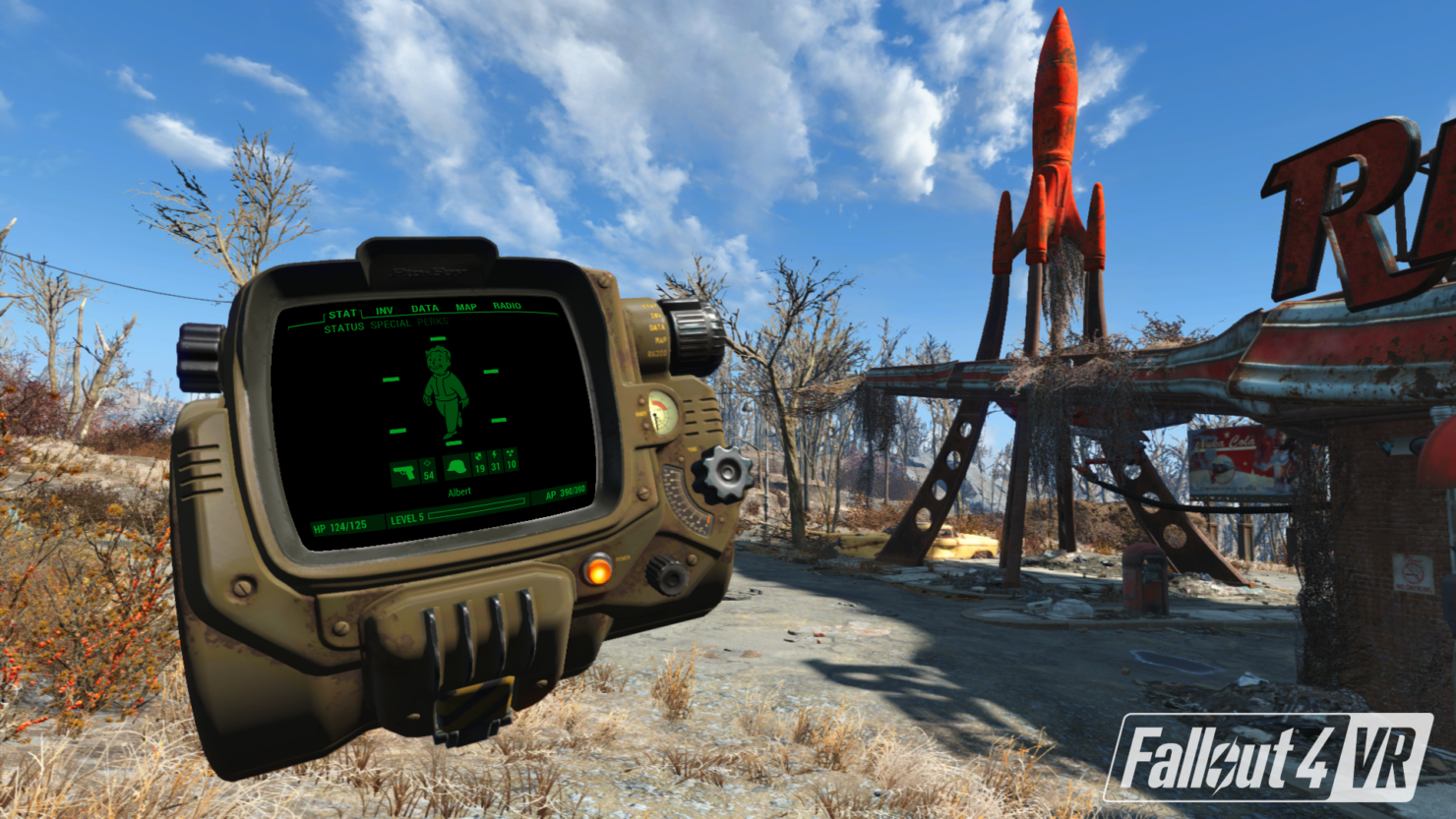 Fallout 4 VR has originally been announced during last year's E3, and this year Bethesda finally confirmed when players will be able to experience the popular RPG in a whole different way.

During Bethesda's E3 2017 press conference, the publisher confirmed that Fallout 4 VR will be released this October exclusively for the HTC Vive. A new trailer, which can be watched below, has also been released, showcasing some of the game's locations as well as the signature Pip-Boy, which players will be able to interact with in an interesting way.

With the power of VR, you’ll be able to get up-close-and-personal with the dangers of a post-apocalyptic world as you fight for survival. Featuring new combat, crafting and building systems fully reimagined for VR – including VR-enhanced V.A.T.S. – Fallout 4 VR isn’t just a jaunt through the Wasteland, it’s the entire game. The whole world is fully explorable. That includes hundreds of locations, characters and quests. This is your opportunity to step into the Wasteland and experience Fallout 4 in a whole new way.

Last we heard about Fallout 4 VR before Bethesda's E3 2017 conference was two months ago, when AMD Corporate Vice President Roy Taylor talked enthusiastically about the game, calling it an industry changer for the VR industry.

Fallout 4 VR launches this October in all regions. We will keep you updated on the new version of the popular RPG as soon as more comes in on it, so stay tuned for all the latest news.