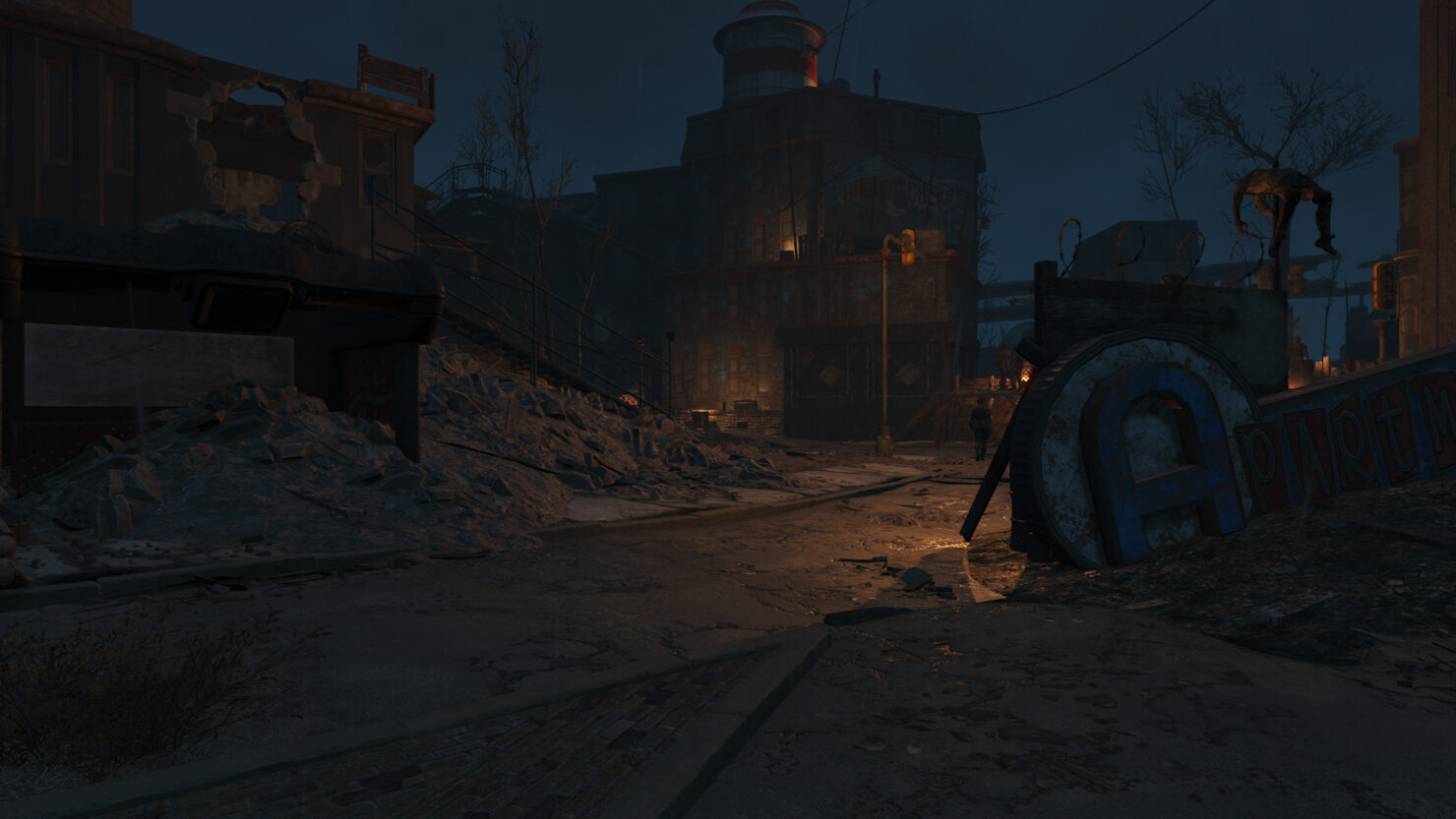 A new Fallout 4 mod that improved the game's visuals considerably has been released recently.

The Fallout 4 Ultra Exterior Lighting Mod adds shadows cast to many of the physical light sources in the Fallout 4 exterior world, including areas added to the game post-launch. The mod also includes general lighting improvements, which result in a much better-looking game.

Around 1500+ physical lights now have shadow cast lights for them in place of the non-shadow cast ones. There has also been much work done on improving all the lighting associated with physical light sources as well, bringing you a vastly improved lighting experience from what you encounter in the vanilla game.

Almost all the new shadow casts lights use a trigger box that swaps them to there non-shadow cast version at X distance from player depending on the location and other factors.
The use of trigger lights allows for better distance lighting and helps improve the performance by not having shadows rendered where there not really visible or at too far a distance to be visually noticeable.

Performance will vary from system to system, please bare in mind that the mod brings many shadow casting lights to the exterior Fallout 4 world. Those with weak systems or those wishing only for performance over visuals should consider not using this mod but the choice is yours!

You may or may not occasionally see the flicking of the lights as they swap from non-shadow cast to shadow cast and vice-versa. I have done my best to ensure this issue is not very noticeable but having them swap is a far better option than not both for performance and visual reasons.

You can download the Fallout 4 Ultra Exterior Lighting mod by heading over to Nexus Mods.