This year’s most anticipated and long-awaited action role-playing title from Bethesda Game Studios is less than a month away, and fans can’t stop asking for more details about fifth installment in the critically praised Fallout series. Some new details that come today reveal that while the PC version of Fallout 4 will come with some actual install data on DVD disc, players will still need to log into their Steam accounts and download the remaining required data from there. 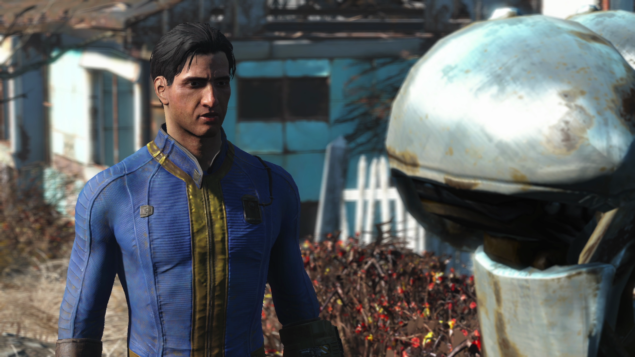 In reply to fans’ queries about the PC version of Fallout 4 on Twitter, Bethesda's marketing VP Pete Hines revealed today that the physical discs that players will be able to purchase once the post-apocalyptic title hits shelves next month will come bearing actual install files, however, since the PC version ships on DVDs and the publisher needs to avoid piracy, players will still have to download the some install files using Steam. While this does sound like a hassle, it is still better than games that have nothing more than Steam installer on their PC discs; take Metal Gear Solid V: The Phantom Pain as an example.

@karlemannen ah. no, there is data on the disc.

@Dpl14 @karlemannen yes, though you will still have to download from Steam. The disc doesn't contain the entire game.

Pete clarified that PC version of Fallout 4 needs digital download as well along with physical copy because unlike PlayStation 4 and Xbox One versions of the game that ship on Blu-Rays, the PC version comes on DVDs that apparently lack required space, however, that is not the main reason. When asked why the upcoming post-apocalyptic title itself and other PC games are restricted in this way, Pete Hines’ reply was quite an obvious one; “Piracy”.

Set in a post-apocalyptic version of Boston and the surrounding Massachusetts wasteland, Fallout 4, being a next-gen exclusive title, is set to release this year world wide on PC, PlayStation 4 and Xbox One on November 10. Bethesda recently outed minimum and recommended system specifications for the game, revealing that the game will require 30GB of space on your PC's storage drive, and an NVIDIA GTX 780 or AMD Radeon R9 290X to deliver a smooth and immersive gameplay experience.