A streamer who goes by the name Vileself, has apparently ‘leaked’ a screenshot of Fallout 4’s main menu. The menu shows a suit of good looking power armor.

The leak popped up at the Fallout and Fallout 4 Reddit some hours ago, and has gathered quite an amount of comments since then.

The hype has gone quite far, when people are adoring a game’s main menu. Think what you want about it though – the screen does look impressive. If streamer ‘Vileself’ is to be believed, he doesn’t own the game, but managed to take a shot of the screen while playing at a friend (funny how leak’s are always obtained from friends right?). It's unknown on what platform the screenshot was taken. 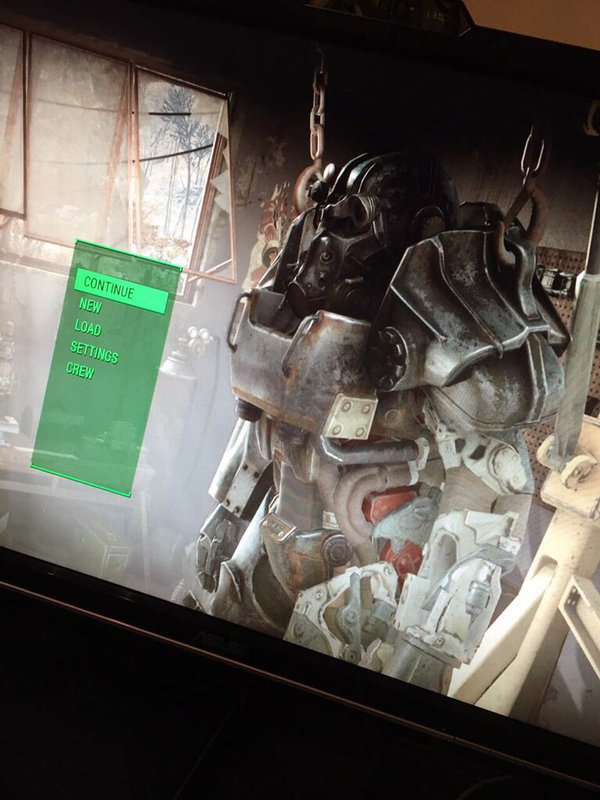 Last week, the Fallout 4 manual was made available on the Xbox One Smartglass, which included the game’s default control scheme on the Xbox One. According to the scheme, the game features a designated ‘throw grenade’ button, a bash button, and a button that allows sprinting.

Fallout 4 recently went gold on all platforms, and will release on Xbox One, PS4 and PC on November 10.