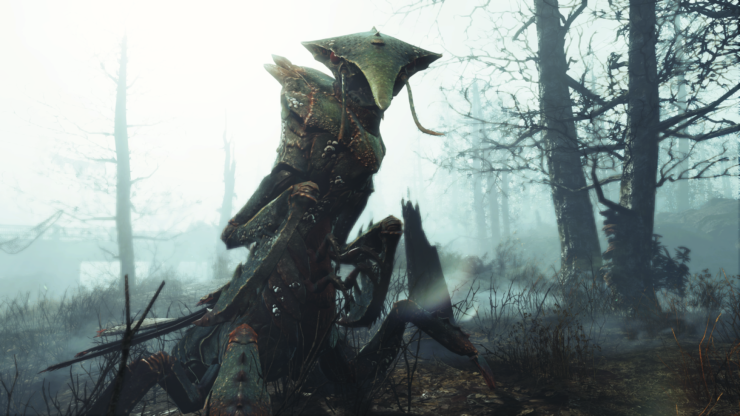 Last week, the latest Fallout 4 DLC pack, called Far Harbor has finally been released on all formats and in all regions, allowing players all over the world to explore a brand new location filled with secrets. As Fallout fans surely know, there are plenty of secrets even beneath the sea, and a few new videos that have surfaced online recently showcasing some of these interesting underwater locations.

The three new Fallout 4 Far Harbor videos, which you can check out right below, showcase a rather creepy ship, a deadly weapon with an unexpected embellishment and a fearsome creature that some might have encountered already. Finding secrets and Easter Eggs is an important part of the Fallout experience, so avoid taking a look at the videos if you want to discover these secrets yourself without any help.

Fallout 4 Far Harbor has only been released last week, but Bethesda has already revealed that improvements will be coming in the future. How the DLC will be improved has yet to be revealed, but Bethesda's community lead has promised updates as soon as they are available.

Fallout 4 Far Harbor not only includes a brand new area to explore, but also new content for pretty much every features of the main game. Last week, a dedicated fan has put together a list of all the additions included in the Far Harbor DLC, showing how Bethesda really worked hard on the biggest Fallout 4 DLC released so far.

Fallout 4 is now available in all regions on PC, PlayStation 4 and Xbox One. Three DLC packs are also available for purchase right now in on all formats, with more packs getting announced in the near future. We will keep you updated on the game's future content as soon as something new emerges on the matter, so stay tuned for all the latest news.