Only about six weeks separate Fallout fans from going back to the Wasteland. 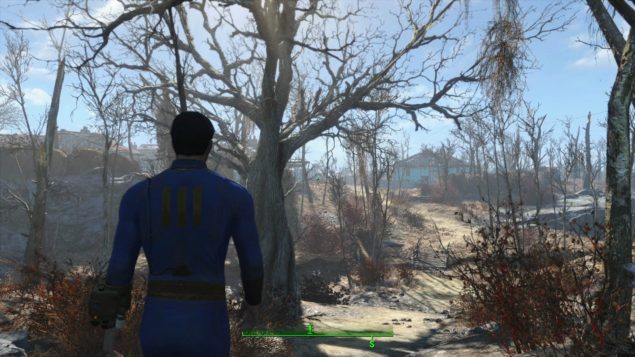 Today, the Xbox Marketplace revealed that the Fallout 4 file size is going to be 28.12 GB; obviously that's referring to the Xbox One version of the game, but usually there are not relevant changes in file size among platforms.

As far as next generation games go, this Fallout 4 file size seems rather reasonable: most AAA titles have gone well beyond 30GB nowadays, which can become an issue in terms of storage management and especially for those unfortunate folks who have to deal with monthly download caps.

Recently, Bethesda shared a short video about its character system, where you can take a look at the way perks are structured in Fallout 4.

In terms of sheer dialogue, Fallout 4 sets a new record with over 111K lines, which is more than Elder Scrolls V: Skyrim and Fallout 3 combined.

Bethesda has confirmed that they enlisted the help of id Software (acquired by Bethesda in 2009) in order to improve the shooting elements of Fallout 4, since they were pretty lackluster in Fallout 3. Lastly, they announced that the Season Pass will cost $30, granting buyers all DLCs ever released for the game; given the amount of post-launch support that Bethesda has provided for its games since Elder Scrolls IV: Oblivion, this should be a significant amount of content.

Fallout 4 ships for PC, PlayStation 4 and Xbox One on November 10 worldwide.