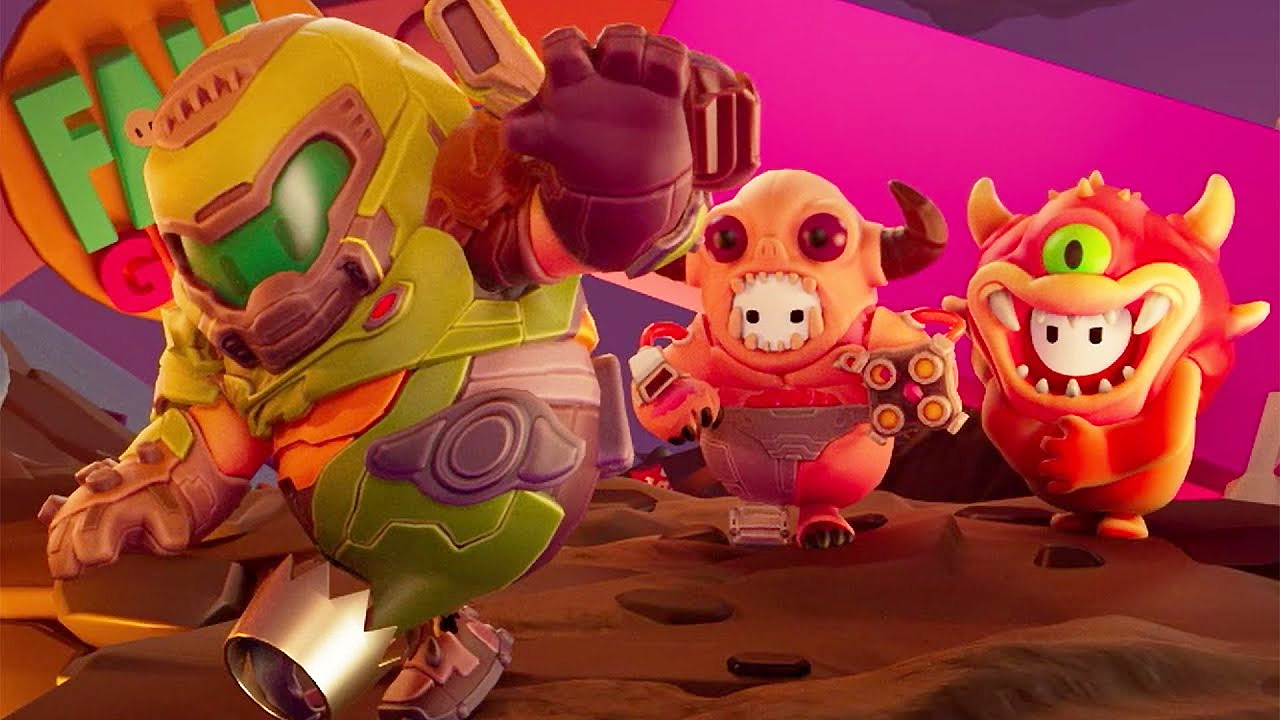 Since launching last year, Fall Guys: Ultimate Knockout has featured a variety of crossover cosmetics, some more appropriate than others. Skins based on Sonic, Portal, and Team Fortress match the tone of the game well enough, but we’ve also got skins based on games like Hotline Miami. Well, now we have our strangest crossover yet, as you’ll soon be able to dress up your Fall Guy beans in Doom Eternal skins. Check out a quick trailer for the crossover, below.

I have to say, those are just about the most adorable demons I’ve ever seen. They can drag my soul to the pits of Hell any time. Here’s what developer Mediatonic have to say about the crossover…

Just when you thought it was safe to stumble back into the Blunderdome, two unique worlds collide with a collection of iconic, demonic costumes inspired by DOOM muscle their way into Fall Guys for a limited time. Fall Guys publisher Devolver Digital has absolute confidence that their precious jelly beans are in no way under threat from the infernal hordes, but insist that Team Deathmatch remains unconfirmed.

Haven’t tried out Fall Guys yet? Dave definitely thought it was worth jumping into in his full review…

Fall Guys is an excellent chaotic multiplayer game that can be played by people of any skill level, and that is its greatest strength. Sadly, repetition has well and truly set in after several weeks of play, but if the developers at Mediatonic keep dishing out updates and new content on a regular basis, this could be just as influential and essential as Rocket League.

Fall Guys: Ultimate Knockout is available now on PC and PS4. The Doom skins are slated to arrive on January 12. What kind of wacky crossover do you think we'll see next?