Facebook Introduces Campus; a Place for College Students to Interact and Virtually Hangout 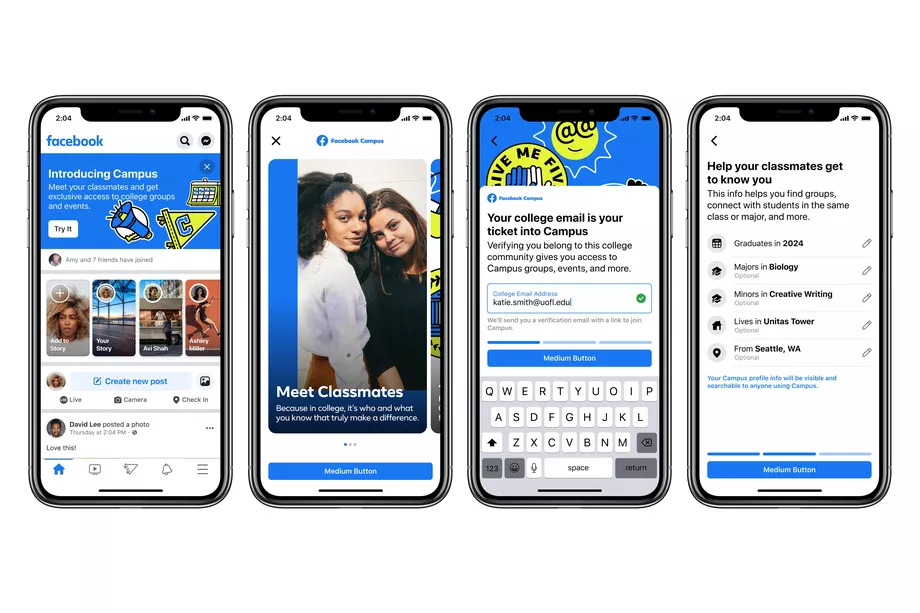 Facebook was conceived in one of the dorm rooms of Harvard, and based on the latest introduction of a new feature, Facebook is going back to its roots. As the company has introduced a new feature called Campus. This is going to serve as a section of the main app that is specifically designed for college students.

The purpose of announcing this Campus feature is to give the students a place where they can interact only with their peers at the college or school. They can access a Campus exclusive Newsfeed, join Groups, events, and even group chat rooms that are going to be called Campus Chats. Sticking to its roots, Facebook is also bringing a feature called "Campus directory", which will allow everyone to find friends and other students, as well.

To access Campus, students will have to provide their .edu email address, along with their graduation year and once they are in, they will have to create a new profile that is going to be specifically for this section. However, their cover photos and profile pictures from the actual profile will follow through. Facebook will also give students the options to remove their major, classes, hometown, dorm, as well as a minor. The more information they are going to add, the more chances of them finding their classmates who are also using Facebook's Campus feature.

At the time of writing, Campus is currently being piloted with 30 universities around the US including Johns Hopkins, Northwestern, University of Louisville, Vassar, and Virginia Tech. Each university will have its exclusive Campus section, meaning that there is not going to be any cross-communication of students.

From the hindsight, Campus looks like a great way by Facebook to keep their younger audience engaged for a longer time, and considering how students are already known for forming their groups, this just gives them a better incentive to go ahead and start using this service.