Around a month ago, fans of the Fable series have been hit hard by the official confirmation of the Lionhead's closure. With the team getting disbanded, development of Fable Legends was also officially cancelled, but it seems like the development of the game may continue, according to a report. 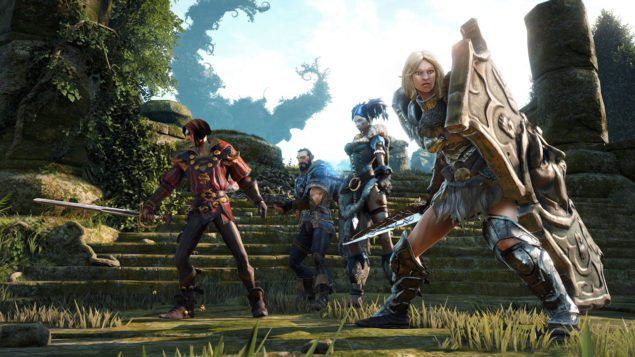 MCV has revealed earlier today that it might not be over for Fable Legends. Three Lionhead sources have confirmed that there are currently some talks regarding the game's future, with contract staff members having been asked whether they would like to continue working on the Fable Legends or just accept the redundacy package and leave by the end of April. According to one of the three sources, certain Liongead employees have proposed continuing development of the game as an independent studio.

Contacted by MCV, a Microsoft representative stated that they are currently in discussions with employees about the proposed closure of the studio, confirming that development of Fable Legends has been ceased.

“We aren’t sharing additional details beyond that we have ceased development on Fable Legends, and are in discussions with employees at Lionhead about our proposed closure of the studio as well.”

Last month's announcement of Fable Legends ceased development was definitely sudden and unexpected. Earlier this year, we have reported that Lionhead was striving to increase visual fidelity while improving framerate with the use of DX12.

Fable Legends was in development for PC and Xbox One. We will let you know about the possible continuation of the game's development as soon as possible, so stay tuned for all the latest news on Lionhead's final project.