Let's all be honest, we pretty much know before anything even comes out that when Codemasters is developing a racing simulation game, it's going to be pretty bloody good. From the quality of the DiRT and DiRT Rally titles (you can read my DiRT Rally 2.0 review here) to the F1 series, A series Codemasters has been the developer and publisher of since the Wii & PSP launch of F1 2009. Ten years later we get to F1 2019 and what has been the Stalwart of the company gets even stronger with F1 2019.

The question with any annualised iterations of a game is how do you improve them in a short amount of time? What do you push and what do you leave behind? Frankly, for years now Codemasters have had the physics and handling locked down, with at most only very minor improvements to be made. This time Codemasters have gone for something a little more than simple tweaking and visual improvements (though they're in too), they've introduced a whole new race class. 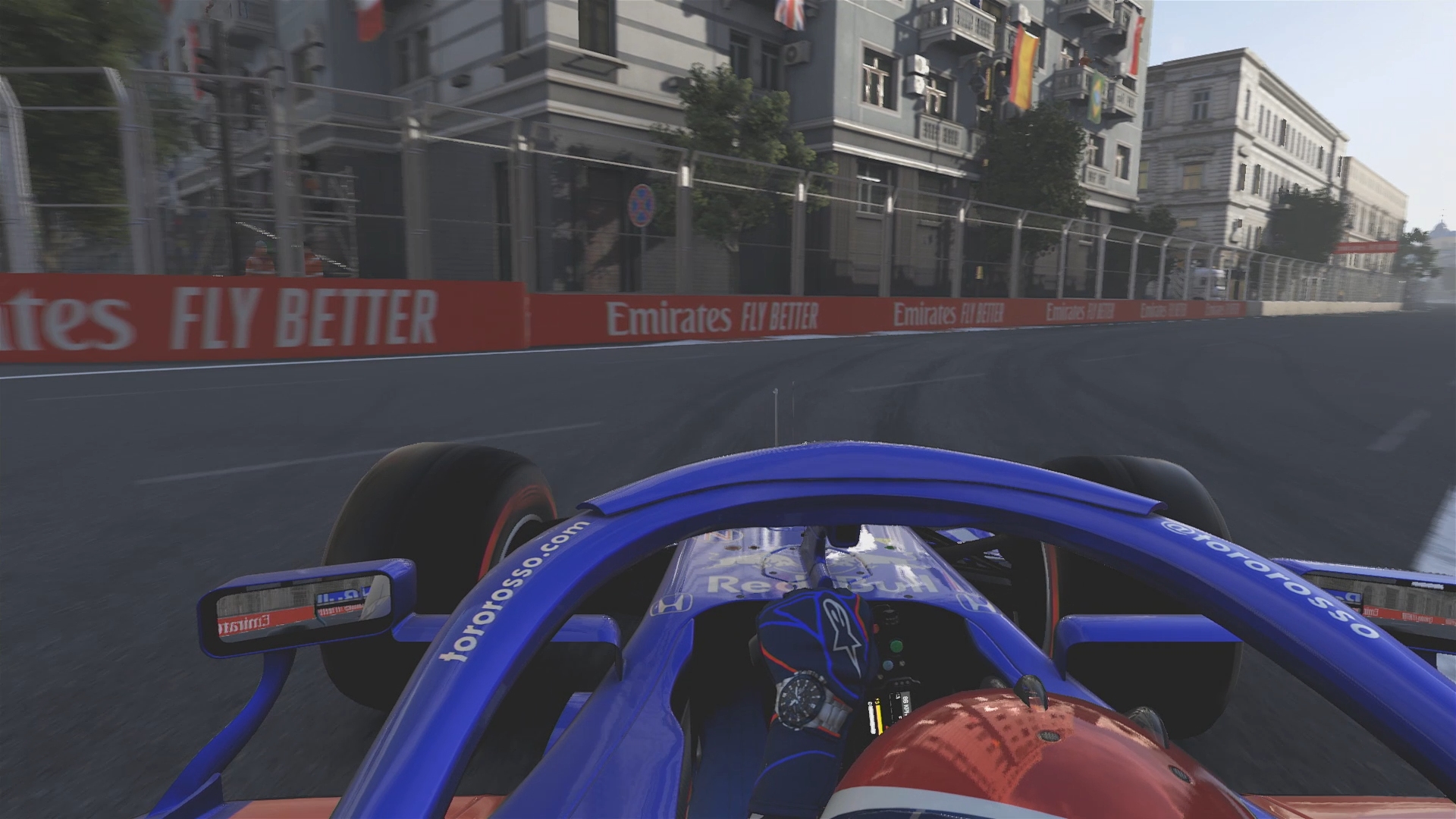 F1 2019, for the first time in the series, brings F2 to the race calendar. Introducing this whole new level, what is essentially now a feeder system into F1 (rather than the feeder system they did have in place), it allows for an expanded career mode within the game. This is exactly what has been pushed as well, with F2 being introduced into the career. When the game launches, the F2 season will actually be the 2018 season, which actually means if you're good enough you can get promoted into the 2019 F1 season with actually-promoted racers Lando Norris, George Russell and Alex Albion.

With F2 you have all twenty drivers across all ten teams, with the full 2018 race calendar to go through. More than that, the F1 2019 series will also be added to the game as a free upgrade. But what looks to be the most interesting aspect of the career is the sense of progression, something that has honestly been missing in the F1 series so far. Here, you'll start by picking an F2 team, jumping into a driver academy and move on from there.

There will naturally be some issues along the way, with the introduction of player-driven narrative in the career. You'll meet two characters as you progress through your career, letting you form both a friendship and a rivalry that continues throughout your F2 and F1 career. Not only will you interact with the characters in specific cutscenes, letting you choose your interactions, you can also respond to interviews in certain ways, driving the narrative, while also looking at transcripts of other racers interviews. By all accounts, it's looking to be a much more involving experience than ever before. 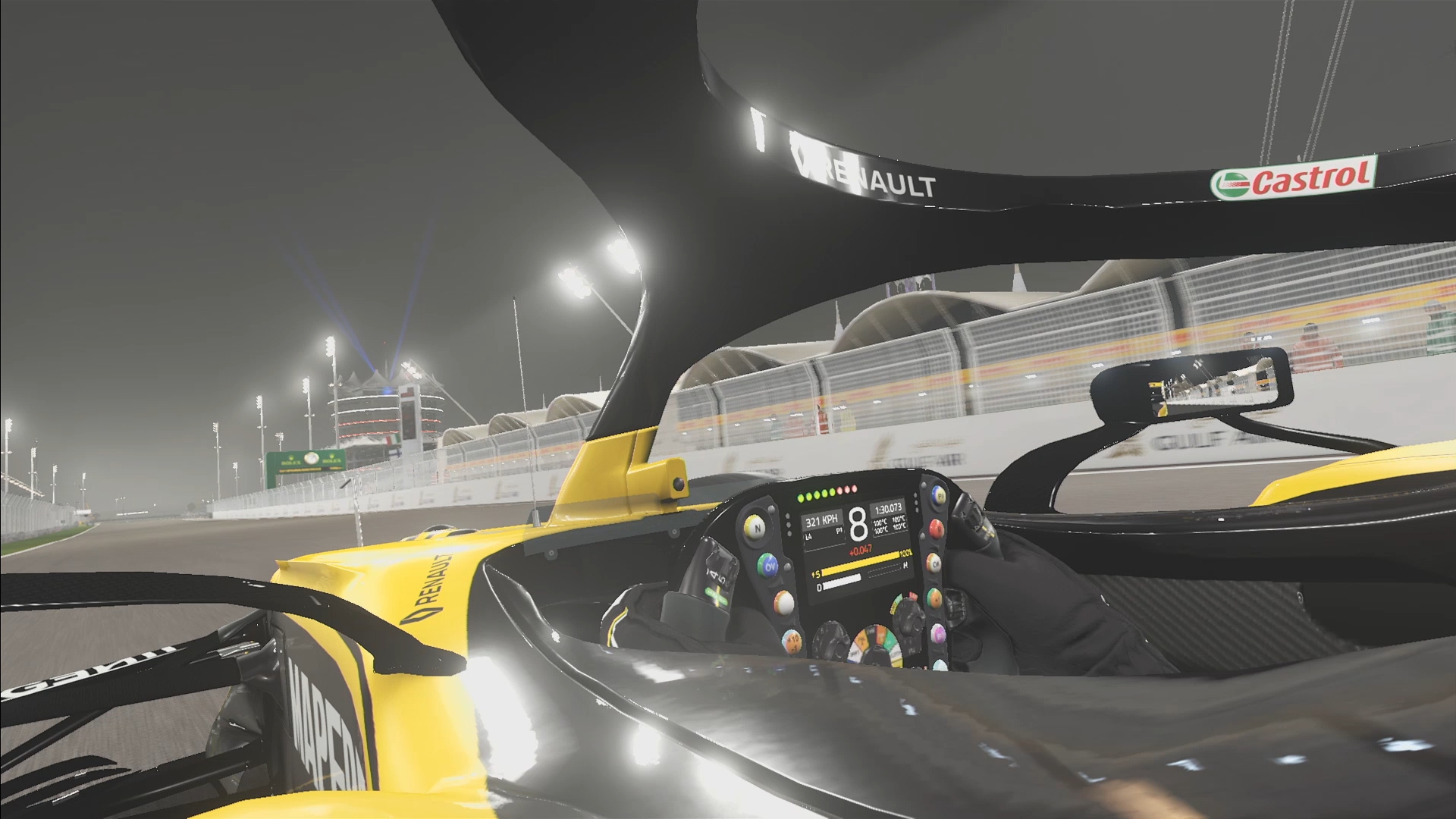 This also seems to apply to the online mode as well, with a new license attached to your profile, showing your attendance rating, trophy cabinet and statistics, letting you compare to other racers online. More than this, you have the option to create your own leagues, setting them up to follow real-time schedules or whatever format you like, as well as setting roles for others so the league can run without you. Maybe you'll even want to design your own trophy.

Naturally, F1 2019 will be very eSports focused. Working with this will be a dedicated F1 eSports area within the game. Through this area, you can enter qualifying events, keep up to date with all F1 eSports news, watch live racers and view previous races. All of this, as well as the ability to check out driver standings, will keep you abreast of your position as well as that of your rivals.

To further enhance the personalisation of the online mode also comes the inclusion of a custom F1 car specifically designed for the game. This is the car you'll be racing online and with every result, you'll earn competition points to spend on customisation items to use on your car. All of these are seemingly only earned through in-game racing, no microtransactions involved, and are specifically cosmetic only as to not influence with the race itself. Much like you would expect from an F1 car.

Naturally, with the inclusion of F2 is a whole new car with different handling. Now, I'm generally bad at this whole racing scene. I enjoy it, but I'm bad. Not only do I tend to crash a hell of a lot in every game I play and I may have also crashed in a real car once, not an F1 or F2 car, but let's not worry about that. How exactly do the F2 cars compare, is there as much detail? Codemasters certainly have prevailed again. It takes some time for me to get around a corner with assists off, but it all feels fantastic. Turn the assists to a level that is challenging but manageable, I'm loving it.

The F2 cars may be somewhat slower than that of the F1 variety, but only by a small amount. What really differentiates them is the handling, with F2 cars having no power steering, less mechanical grip and relying on the actual tyres and with very different aerodynamics to that of an F1 car (though that is changing). What I found out very quickly is that the game plays fantastically, whichever way you play.

The hands-on was always on a PC but using three different input methods. First, I used the Fanatec CSL Elite F1 set, then the Fanatec Podium F1 Racing Wheel and finally using an Xbox controller. It was irrelevant whichever way I played, the game played as great as it has for years now. Naturally, using a wheel, base and pedals added to the immersion and really helped with the feedback, but even just with the controller, I found myself engrossed and while not directly feeling every corner, I knew I was struggling against my own impulses with both the brake and acceleration. I'm not the best at racing games, did I mention that?

Fortunately, I got to experience each type of racing featured in F1 2019. Not only does that include F1 and the newly introduced F2, but also the ability to ride in the brand new legends mode where you take on the role of either Ayrton Senna or Alain Prost, arguably the biggest rivalry in the history of the sport, or at least joint top with Niki Lauda and James Hunt. Both Senna's 1990 McLaren MP4/5B and Prost's 1990 Ferrari F1-90 join the roster of other classic cars brought over from earlier F1 titles and, as always, they handle, look and sound completely different to their modern counterparts. 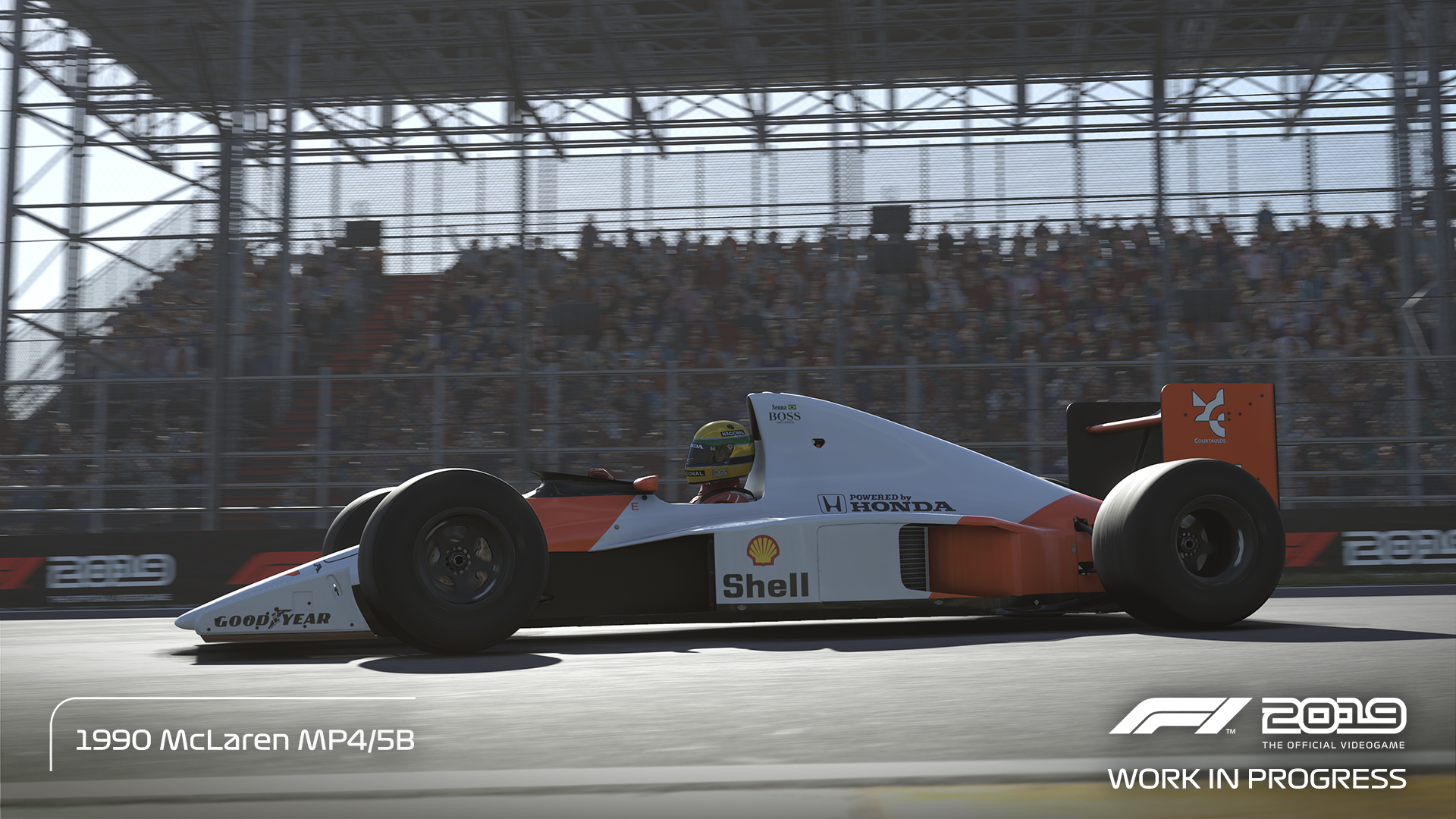 There's only one issue I want to talk about, and it's a small one. It's something I've had issues within practically every racing sim game ever now: penalties. Don't get me wrong, if I cut a corner, feel free to penalise me. What gets on my nerves is when the AI hits you, and they are the ones who hit you, you still get a warning or worse. It's something that nobody in the industry seems either capable of fixing or cares enough to look at. Sure, it's a small issue but even during the few hours of hands-on, I wasn't the only person to suffer from the issue.

Still, it's a minor niggle in a game that feels fantastic and, not only that, looks brilliant. The most notable change this year is with the lighting and reflections. The cars look as good as ever, with the audio quality being as fantastic as always, something I pointed out two years ago. What has notably changed is how light and reflections are shown, increasing the visual fidelity of the car and the driver. All of this is highlighted even more during different weather conditions too.

As I said at the start, Codemasters is a studio that's almost guaranteed to deliver a quality product and from my recent hands-on with F1 2019, it's a trend that looks to be staying with the team and results in a game that I'm looking forward to playing when it comes out on the PC, PlayStation 4 and Xbox One on June the 28th.