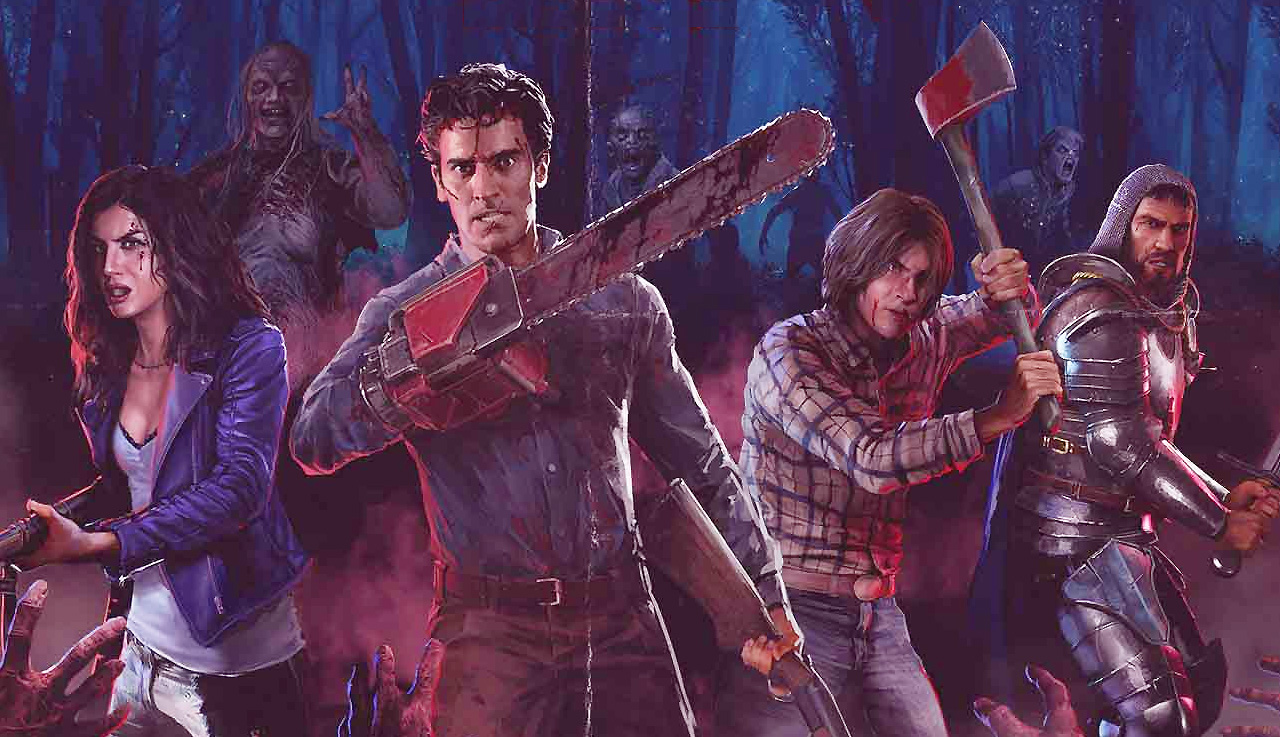 Put your boomstick back on the shelf and return your chainsaw to the tool shed, because Evil Dead: The Game has been delayed again. Initially slated for 2021, the game was then pushed to February 2022, and now it’s been delayed to May to ensure adequate levels of grooviness. That said, on the plus side, we now have a definitive release date.

When we set out to create a brand new game worthy of the Evil Dead franchise, we knew it had to be groovy as hell. In order to deliver the best possible experience, Evil Dead: The Game is now coming on May 13, 2022. pic.twitter.com/BfuaOdcFVT

This delay gives our team the time they need to get things just right, so your boomstick will be polished, fully loaded, and ready to blast Deadites on that Friday the 13th of May. We thank you for your patience and understanding.

Don’t worry, you won’t have to wait too long for more news: stay tuned for pre-order info and a BRAND NEW TRAILER in February!

A 4-player Left-4-Dead-style co-op adventure, Evil Dead: The Game is being developed by the undead experts at Saber Interactive (they also did the well-received World War Z game). You can check out the game’s official description, below.

Step into the shoes of Ash Williams or his friends from the iconic Evil Dead franchise and work together in a game loaded with over-the-top co-op and PVP multiplayer action! Play as a team of four survivors, exploring, looting, managing your fear, and finding key items to seal the breach between worlds in a game inspired by all three original Evil Dead films as well as the Starz original Ash vs Evil Dead television series.