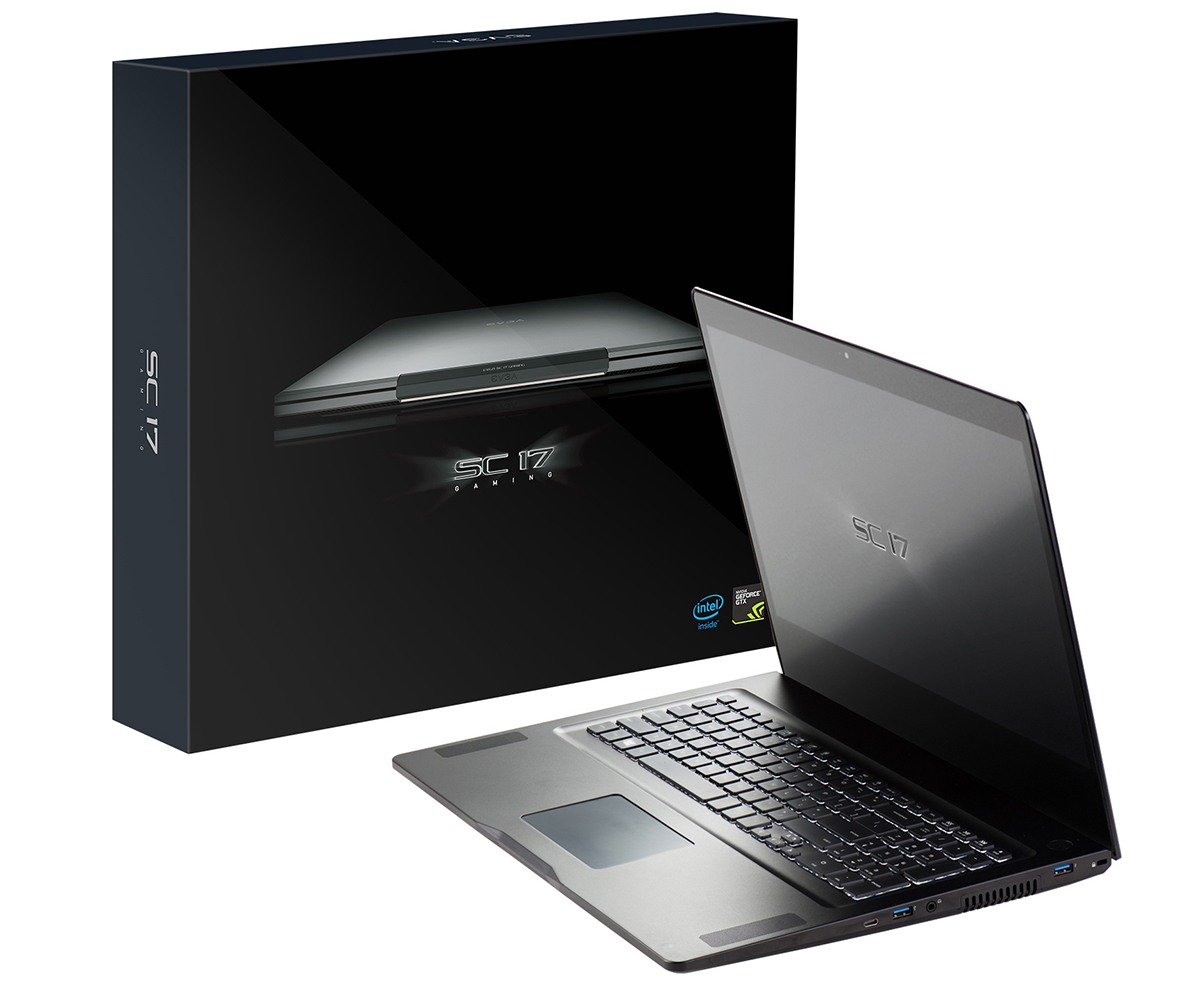 Gaming notebooks are one of the perks of checking out the CES 2017 trade show and EVGA has shown off a well-built SC15, a 15-inch gaming notebook that sports impressive hardware and will be dedicated to gaming laptop enthusiasts who are not keen to invest in a machine that gives them top-notch specifications. That’s not to say that SC15 doesn’t feature great hardware because the game-changers are present underneath the hood.

The design and materials used on the SC17 are near identical to the SC15, and you’ll find out as you check out the images given below (via PCWorld). The lid of the notebook can easily be opened with a single finger, suggesting that notebook is light enough to prevent unnecessary muscle strain being inflicted onto your arm. Now, underneath the hood is an i7-7700HQ processor running at a base clock speed of 2.80GHz and goes up to 3.80GHz in demanding situations. Unfortunately, there is no overclocking option for this processor and Intel has only reserved it for its i7-7820HK chip.

Still, you will be happy to know that the gaming notebook features a GTX 1060, and EVGA has also given users the chance to get performance out of the machine by overclocking the GPU, but you’ll have to careful not to let temperatures spike. While notebook cooling solutions are great and have evolved substantially over the years, their heat-dissipation performance is still inferior compared to aftermarket cooling solutions present in desktop computers. 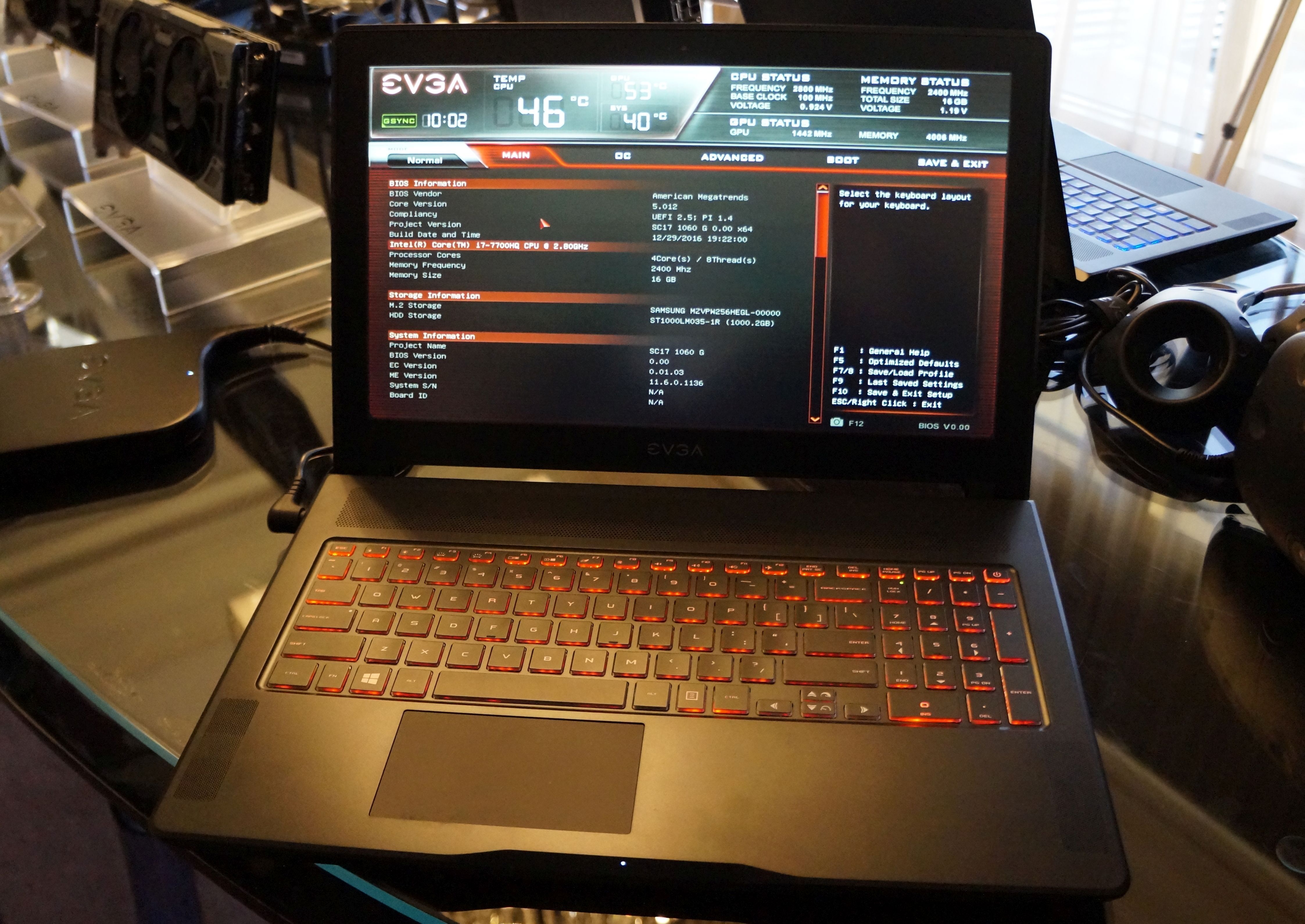 From the unit that was put on display, there was a 120Hz panel that supports NVIDIA’s G-SYNC technology but the resolution is limited to 1080p. The reason for that is the company’s product manager Jacob Freeman states that users wanted additional battery life and the reduction of the resolution also means that EVGA SC15 could come with double the refresh rate, which matters a lot when you immerse yourself in gaming sessions. 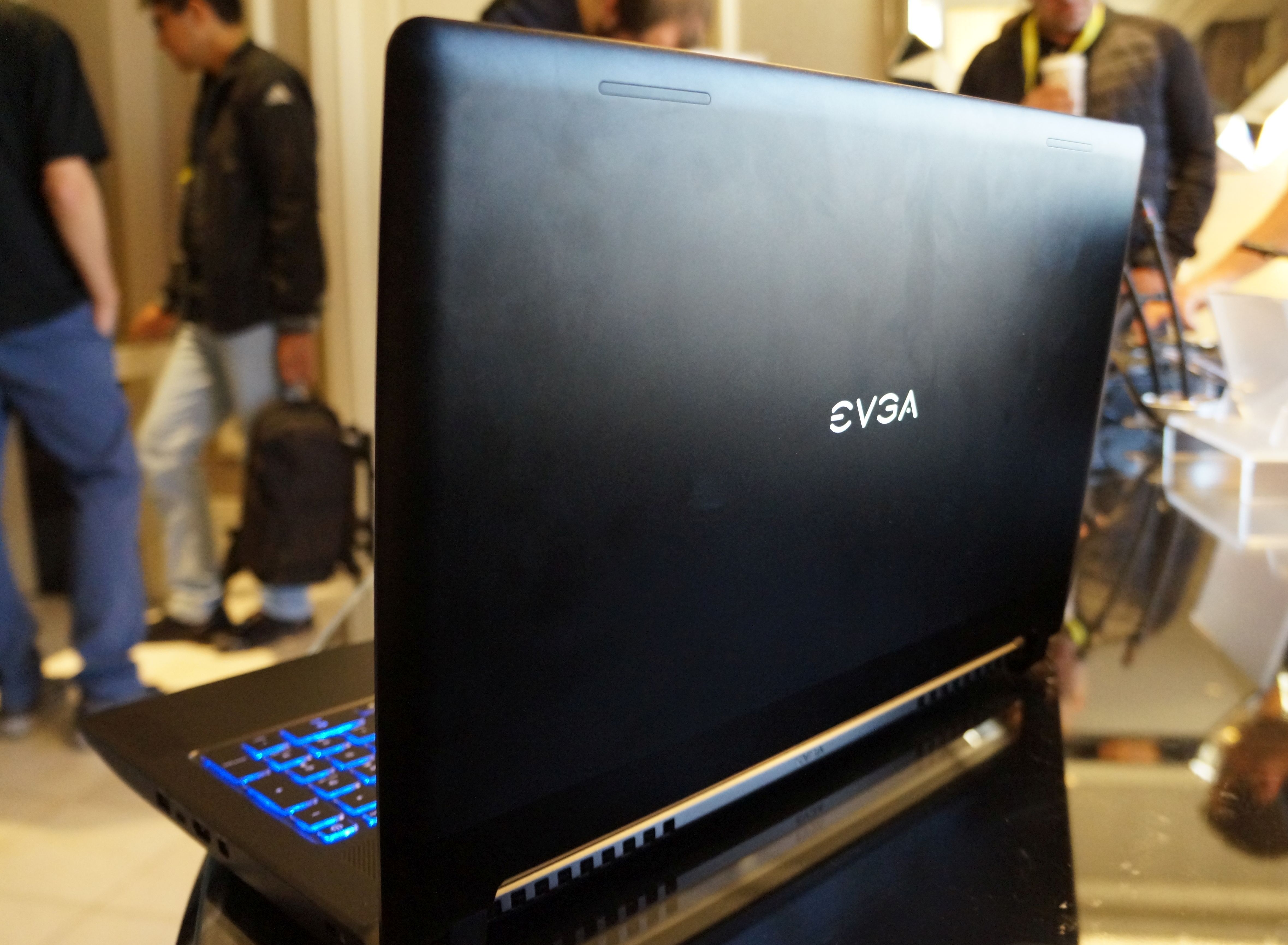 There’s also a 256GB coupled with a 1TB mechanical hard drive but there’s no word if the SSD is SATA-based or an M.2 PCIe-based drive. Another thing that wasn’t revealed were the prices of EVGA SC15’s varied models based on hardware specifications, but all of that information will become available to the public later this year.