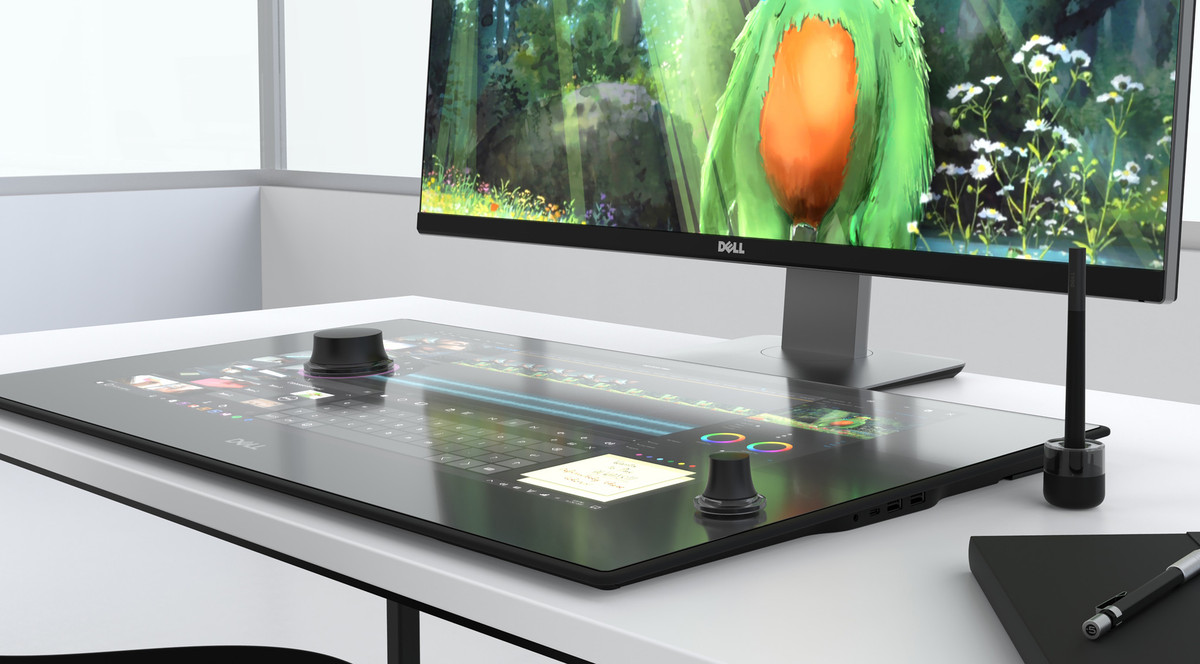 Dell teased a Surface Studio competitor back in 2016, and images can be seen that the rival even came with its own dial contraption to help creative professionals get most of the work done in a flexible manner. Fast forward to 2017, we have the Dell Canvas, a gigantic tablet that is aimed towards professionals, even though you will not find any PC-level components inside it.

Though the screen size of the Dell Canvas is 27 inches, it would appear much larger to the person who’s actually looking at it from a few feet away. That’s because, in addition to the 27-inch diagonal measurement of the tablet, the Dell Canvas also features a huge percentage of bezels but that was not included because the manufacturer didn’t possess any aesthetic forte when designing products, but it will act as an arm rest for users when they get down to actually using the tablet.

The resolution of Dell Canvas measures in at 2560 x 1440 and the Surface Dial that came with the Surface Studio is referred to as totems here when you start using the Canvas. It also features a 20-point multi-touchscreen, and thanks to its sheer size, it looks like Dell has intended it to be used by more than one individual. 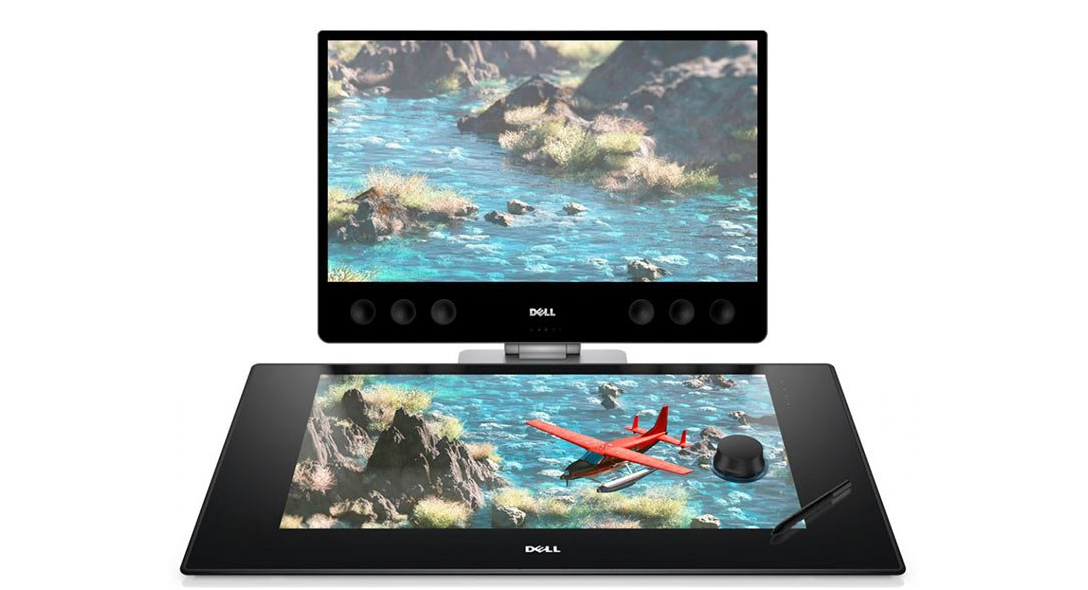 You can also use multiple totems on the display at once, but this totem will not start working unless and until you make contact with the display part of the Dell Canvas. It’s viewing angles can also be changed to make it more accommodating to the kind of work you will be immersing in and it will be available to purchase on March 30, 2017.