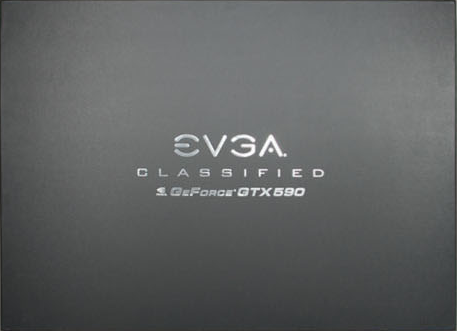 The card after a wait of 2 years has finally been launched and EVGA (Nvidia's Top Partner) has come up with a Classified Limited Edition Series of the Geforce GTX 590 GPU. Featuring unprecedented DX11 Performance and making its way to the top of the board for being the fastest Graphics card in the world it packs Dual GF-110 Cores which comes packed with 1024 Cuda Cores (512mb x 2 for each core) and a 3072mb (3GB) GDDR5 memory which runs across a 384-bit x 2 bit wide memory interface. The cards offer totally outrageous performance which allow you pure annihilation in each and every single game title. 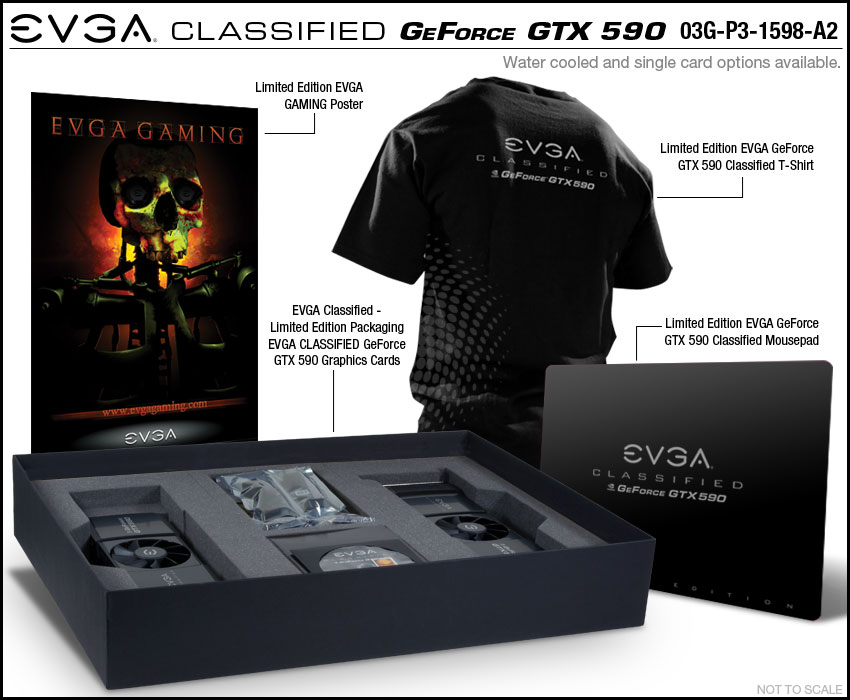 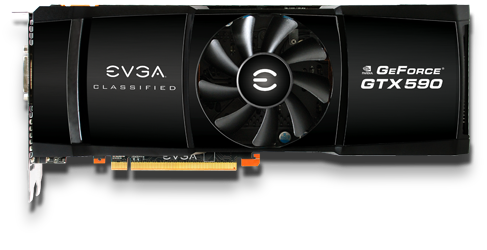 The Refernce Stock cooler GTX 590 Classified comes with the stock cooler while using slightly higher clocks of 630mhz on the core, Memory is clocked at 3456mhz providing a total of 331.7Gb/s Bandwidth while shader is maintained at 1260mhz. The card is 11" in Length and comes with a dBA of 55 which is pretty higher than the Geforce GTX 580. Its avaialble in two variants which you can see below: 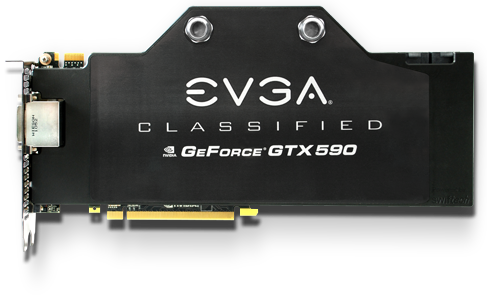 EVGA not only released a GTX 590 but also released the first of the kind water cooled Variant of the card which is cooled by the company's famous Hydro Copper Cooler, Although the specs remain the same as the EVGA classified but extra cooling will allow more headroom for overclocking. The water block covers the whole PCB and the top EVGA classified Logo makes it looks one hell of a GPU. The base plate of the card is made of chrome plated electrolytic C110 copper, and the 0.6mm thin pin matrix provides optimal thermal transfer to ensure the lowest temperatures possible. The card comes in two variants too: 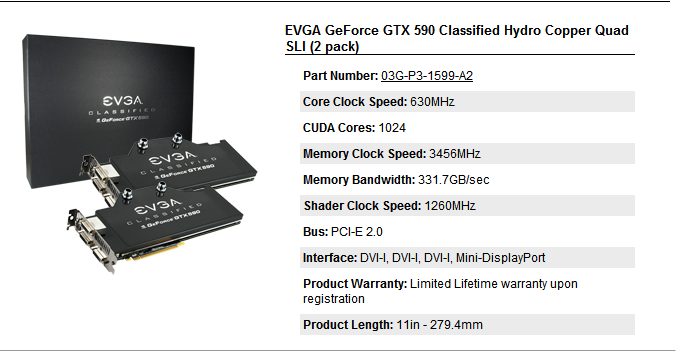