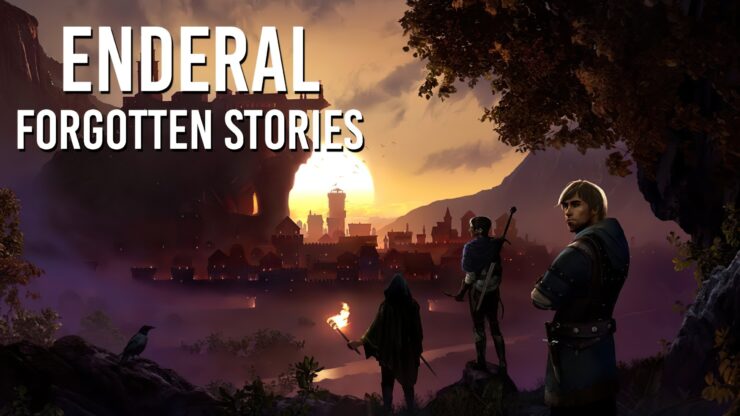 SureAI, the development team behind The Elder Scrolls V: Skyrim's total conversion mod Enderal: Forgotten Stories, has now officially stopped updating Enderal in order to work on a commercial game. The news came alongside the release of the very last patch (1.6.4.0).

This patch will be the final one for Enderal, because we no longer have the amount of free time we used to have to keep on patching it! This also means that we will not create a port for Skyrim Special Edition.

SureAI is currently working on a new, commercial project which will hopefully be announced this year. So stay tuned for news and keep an eye on our social media channels.

SureAI, which had previously worked on a total conversion mod for The Elder Scrolls IV: Oblivion called Nehrim: At Fate's Edge (set in the same world of Enderal), undoubtedly gained a huge following after their latest project. Enderal: Forgotten Stories currently sits at a 92% rating with recent reviews and an even higher 94% rating with overall reviews, showing that the total conversion mod was a huge success. As long as you own The Elder Scrolls V: Skyrim (classic, not the Special Edition), you can simply add it to your Steam library for free via its store page.

In related news, Lead Writer Nicolas Lietzau recently released a novel set in the world of Enderal: Forgotten Stories; you can pick that up here.