A Perspective on the Elite: Dangerous Xbox One Preview – Cars, Trains and… Spaceships?

Adrian has gamed on everything from an Apple IIe to a 5960X, Titan X rig with pit stops at various Commodore machines and other consoles. He has a long term love affair with most sci-fi/space genre games, particularly including space combat sims. Current backer/player of both Star Citizen and Elite: Dangerous. Finance geek in my spare time. xD.

This article was written about the beta preview version of Elite: Dangerous on the Xbox One. This pre-release version is close to release, however content and performance doesn't reflect the final product.

I take several different methods of transportation to work each day. My 1 hour and 40 minute (on a good day) each way grind starts out in the car, shifts to a train and finally finishes up on the underground. Some days are smooth sailing, but some days you get out of bed and you can just feel that something is going to go wrong. Often it’s the train, regularly the underground and occasionally traffic. Every so often when I’ve done something to seriously piss off the gaming gods, all three go wrong and depending on what happens where I may even need to get on a bus. Why on earth am I writing about my mind numbing and occasionally excruciating daily commute you may ask? Well, I was trying to think of a way to describe playing Elite: Dangerous on the Xbox One and in an odd way, it’s the closest comparison I could think of, I’ll explain more at the end. 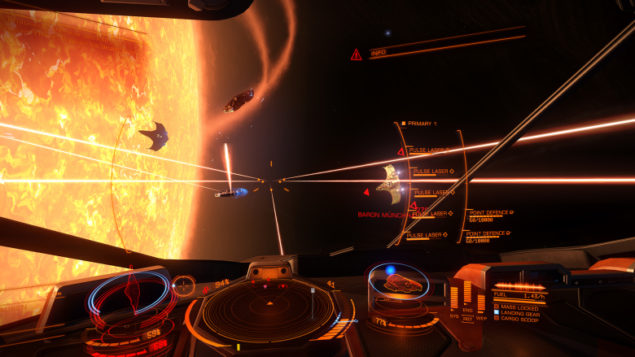 Let's Get Into It

Full disclosure. I’m a bit of an elitist. Perhaps dangerously so (see what I did there?). So when I was asked to review Elite: Dangerous on the Xbox One, although I was intrigued, I had my reservations:

To set some context. I grew up playing games, and perhaps none more so than ones from the Wing Commander catalogue. When I was a kid, I was endlessly cajoled by some of my mates to try out Elite, and then Frontier etc. Eventually I tried them and I genuinely couldn’t see what people were on about.

Fast forward 20 odd years and I’m in a funny situation. I’ve still got my general space game fetish (Mass Effects, Kerbal, XCom, Star Wars, X series etc) but I really missed some of the old school space combat games. Oddly enough, out of nowhere, back come Chris Roberts and David Braben to seemingly fulfil all my wishes! I know that Star Citizen and Elite: Dangerous are patently different games but it’s difficult to talk about one without the other coming to mind, and herein lies the first problem.