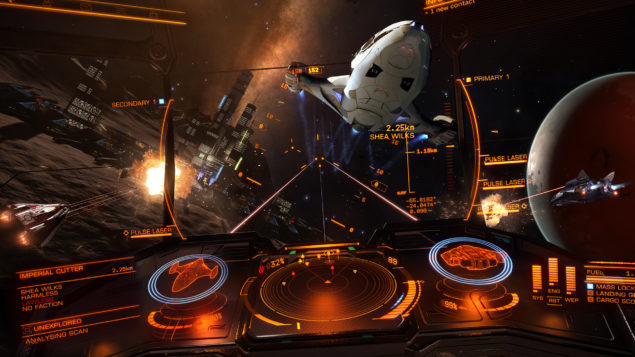 A new season of expansions has been announced for space epic Elite Dangerous for Xbox One. Elite Dangerous: Horizons will include a whole of new features for the game, including landing on planets, multi-crew cooperative play and improved customization options.

The new set of add-ons will launch over the next two or three months, and will include both the Planetary Landings and the Engineers expansions.

In Elite Dangerous: Horizons, Xbox One players can journey seamlessly from space to surface and land anywhere they choose on accurately simulated planets and moons throughout Elite Dangerous’ full-scale Milky Way galaxy, venturing onto the surface in the all-terrain SRV Surface Recon Vehicle.

Elite Dangerous: Horizons for Xbox One will also introduce players to The Engineers.The Engineers is a sweeping, game-changing update that brings even more personality and personalization to Elite Dangerous, putting a face to every mission and adding a range of customization and crafting options that will make every ship in the Elite Dangerous galaxy unique.

The developers say that those who pick up the Horizons pack will also be treated to a variety of other updates, fixes and improvements. Both Horizons and the original game are fully compatible with one another, so saves can be shared.

For more information about the upcoming season, check out the official website.