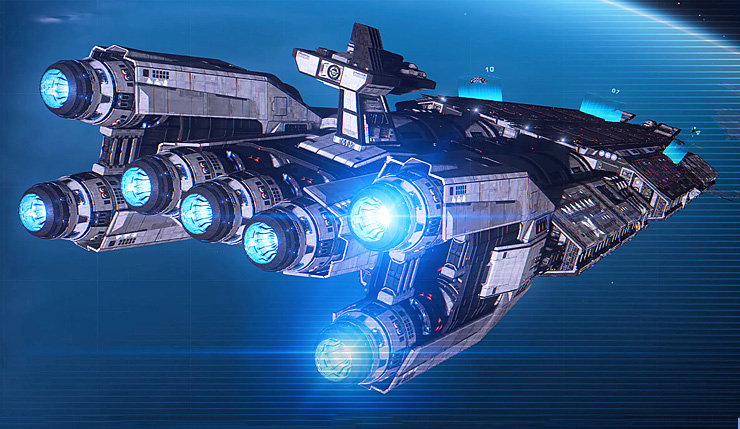 Elite Dangerous’ long-delayed Fleet Carriers finally arrive later this year. The massive ships were originally supposed to launch during Elite Dangerous’ third season in 2018, but were ultimately pushed back. Fleet Carriers function as a base of operations for up to 16 ships, with players being able to set permissions to control who’s allowed to dock. You can get a first glimpse of the new Fleet Carriers, below.

Commanders can choose a number of loadouts for their Fleet Carrier, governing services/module and ship availability to support a number of different activities, such as:

Fleet Carriers will be added to Elite Dangerous this December. Before that, another update will be dropping in September – here’s a quick recap of what that will include:

Elite Dangerous Season 3 wrapped up in December of last year, and Season 4 isn’t scheduled to launch until 2020. In the meantime, Frontier has been keeping things shipshape with a series of updates throughout 2019.

Elite Dangerous is available on PC, Xbox One, and PS4.