At QuakeCon 2018, Zenimax Online revealed that the Wolfhunter DLC will land on Elder Scrolls Online next Monday for PC and Mac while PlayStation 4 and Xbox One players will get it on August 28th.

The Wolfhunter DLC, included with the ESO Plus subscription or available for separate purchase via the in-game Crown Store, will add two new dungeons (March of Sacrifices and Moon Hunter Keep). As usual with Elder Scrolls Online's DLC, a free update (#19) will also arrive at the same time packing several additions and improvements, as detailed below.

The presentation went beyond the Wolfhunter DLC, though, and included a brief tease of the next DLC, Murkmire. This upcoming adventure is going to be set in Black Marsh, home of the Argonians.

Last but not least, there's now a free weekend for Elder Scrolls Online on all platforms in case you were interested in giving the game a try.

When decreed by Hircine, the Daedric Prince hosts the Great Hunt within his realm. In March of Sacrifices, you and your team must escape Hircine's Hunting Grounds, a place of perpetual conflict between predator and prey, by participating in his dangerous game. Your target: A powerful Indrik. Your rewards: A boon from the Daedric Prince himself!

However, you are not the only hunters competing to win Hircine's favor, and you'll quickly discover that many have been invited to participate. Be warned: As you stalk and fight your way through this extraordinary Daedric realm, you might find that you yourselves are the ones hunted! 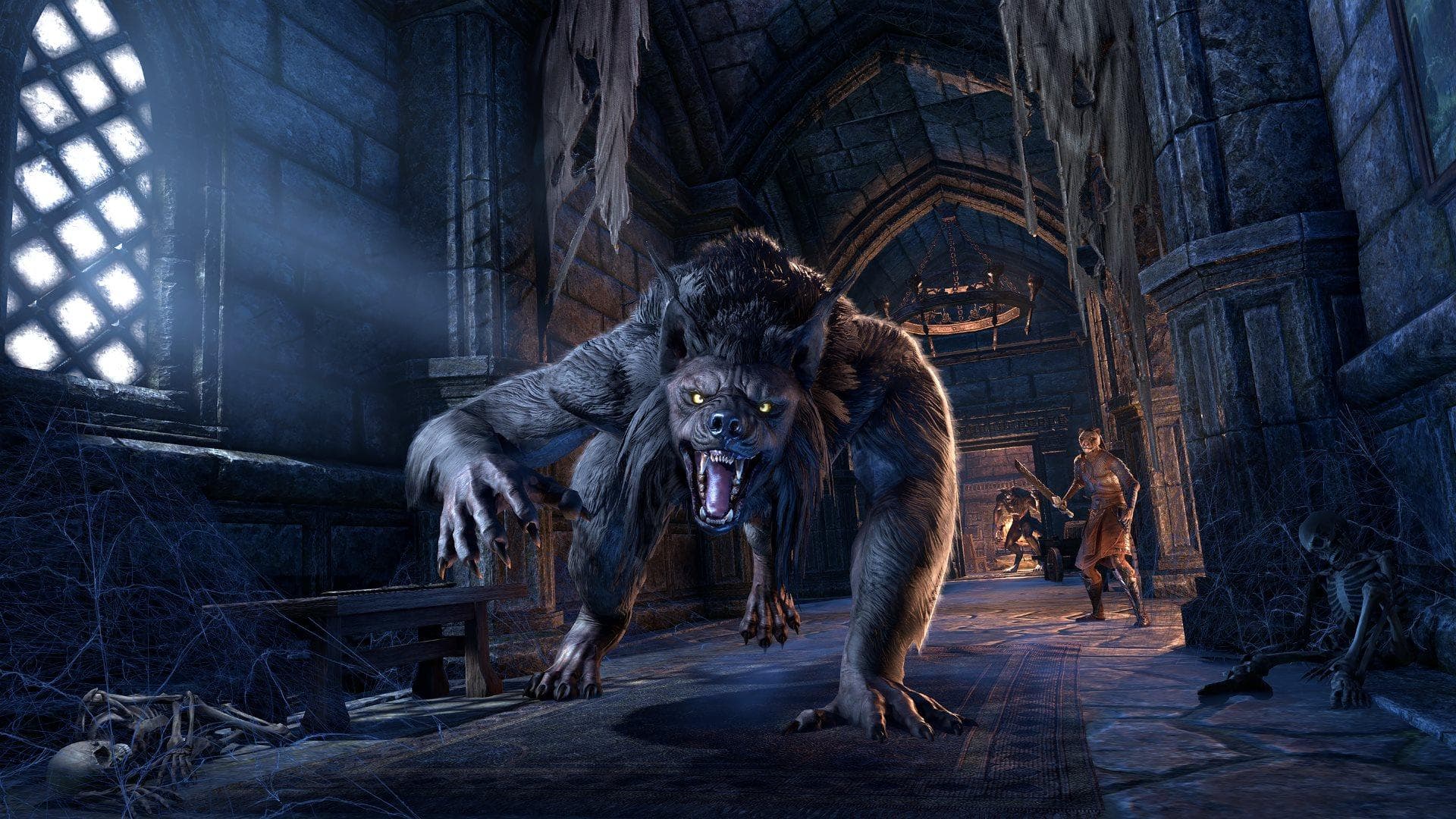 In the second dungeon, an ancient werewolf of incredible power named Vykosa has captured Moon Hunter Keep and destroyed the Order of the Silver Dawn's garrison. Now, Vykosa draws more and more of Tamriel's were-beasts to her cause, and she has begun to amass a monstrous army.

You and your team must enter the once-proud headquarters of the Order, battle your way through hordes of were-beasts and other monsters, make your way to the heart of the keep, and confront Vykosa herself before she threatens all of Tamriel. 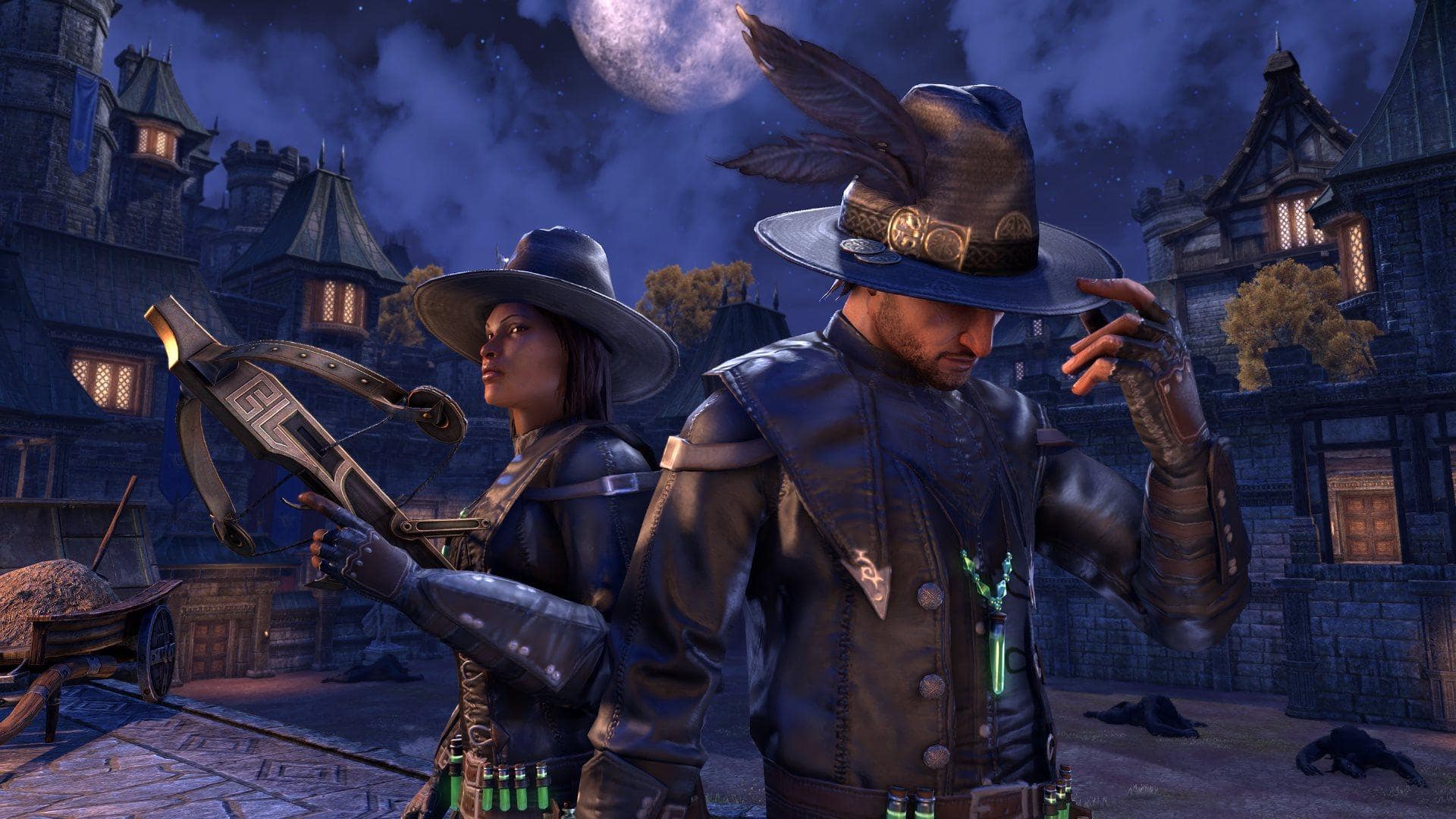 Of course, both March of Sacrifices and Moon Hunter Keep are packed full of ferocious new monsters and bosses (including the new werewolf behemoth!) and they can both be completed in Normal, Veteran, and Veteran Hard Mode to challenge you and your group. Should you and your team face Hircine's beasts and survive, you can earn new gear sets, monster masks, and unique collectibles. In addition to this, once you enter either of the two new dungeons, you will receive the Werewolf Hunter Hat, only available in the Wolfhunter DLC game pack!

Update 19 is a free base-game update for all ESO players arriving alongside the Wolfhunter DLC. This update includes an all-new Battlegrounds map and AvA additions for Tamriel's PvPers. Don't forget, since Update 18, Battlegrounds were moved to the base game and can be enjoyed by all!

This new arena is located along Cyrodiil's southwest border, and features fortified stone structures and walls that should seem familiar to those who fight in the Alliance War. Istirus Outpost, however, has some unique twists that set it apart from other arenas. Firstly, the map is only semi-symmetrical, meaning how you navigate the arena will differ depending on your team. In previous Battlegrounds, each team has been able to move around the arena more-or-less the same way, but now you must develop your map knowledge early to ensure you can navigate it as quickly as possible. 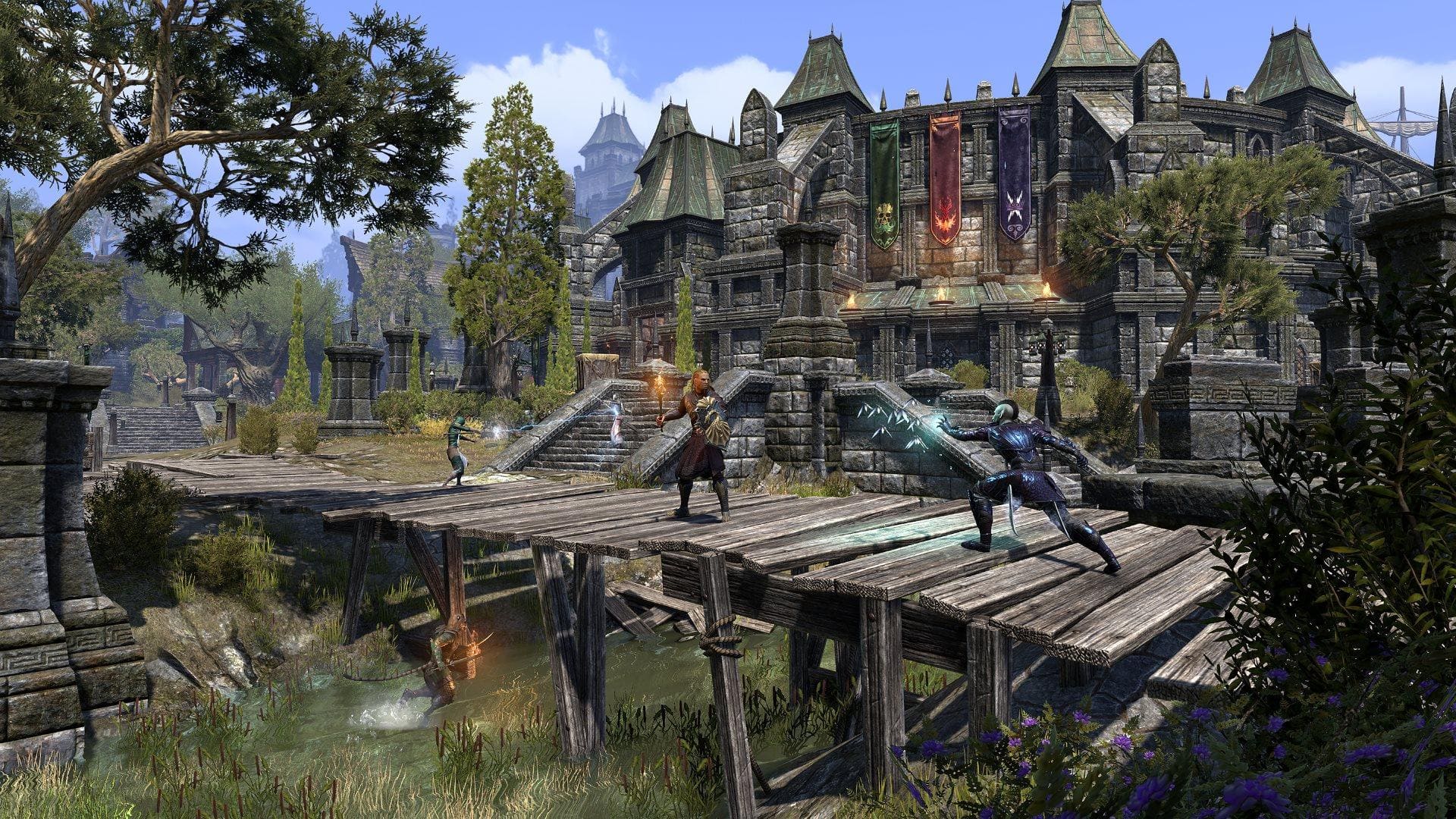 To help with this, Istirus Outpost is also the first Battleground to allow players to mount. This'll bring a faster pace to the arena, but it will also be welcome relief for Stamina PvPers who no longer need to expend resources to get to the fight. Mount up!

Update 19 also shakes up the open-world PvP of the Alliance War with the addition of Keep Recall Stones. These new items give you and your fellow warriors the ability to traverse Cyrodiil like never before. Finally, Update 19 reintroduces keep degradation and condenses both the levels for Keeps and Resources. With these changes, it is as important as ever to capture Resources, giving small group or solo players meaningful ways to contribute to the war. Keep an eye out for new AvA and Battlegrounds rewards, too, including the Gladiator costume and all-new Battlegrounds Outfit styles!

In addition to the new PvP features, Update 19 also brings a host of quality-of-life improvements and additions.

With Update 19, you are able to make smaller, more precise changes to your Skills thanks to the updated respec system. With this update, when you reset your Skill Points, you are able to remove Skills individually and are not forced to re-add all of them from scratch, much like how you respec your Champion Points. You can clear all your Skill Points like normal if desired, but this new system will mean that if you only want to make a small change to your character's Abilities, you can!

If you have a character that carries the curse of lycanthropy, you can enjoy a series of broad improvements and changes to how the Werewolf Skill Line plays with Update 19. These changes place an emphasis on improving their ferocity and momentum in combat, and they affect both the Skill Line's Passive and Active Abilities. For example, the Blood Rage Passive will now increase the duration of your transformation when you deal damage instead of when you take it, and the Roar Active Ability is now instant cast. 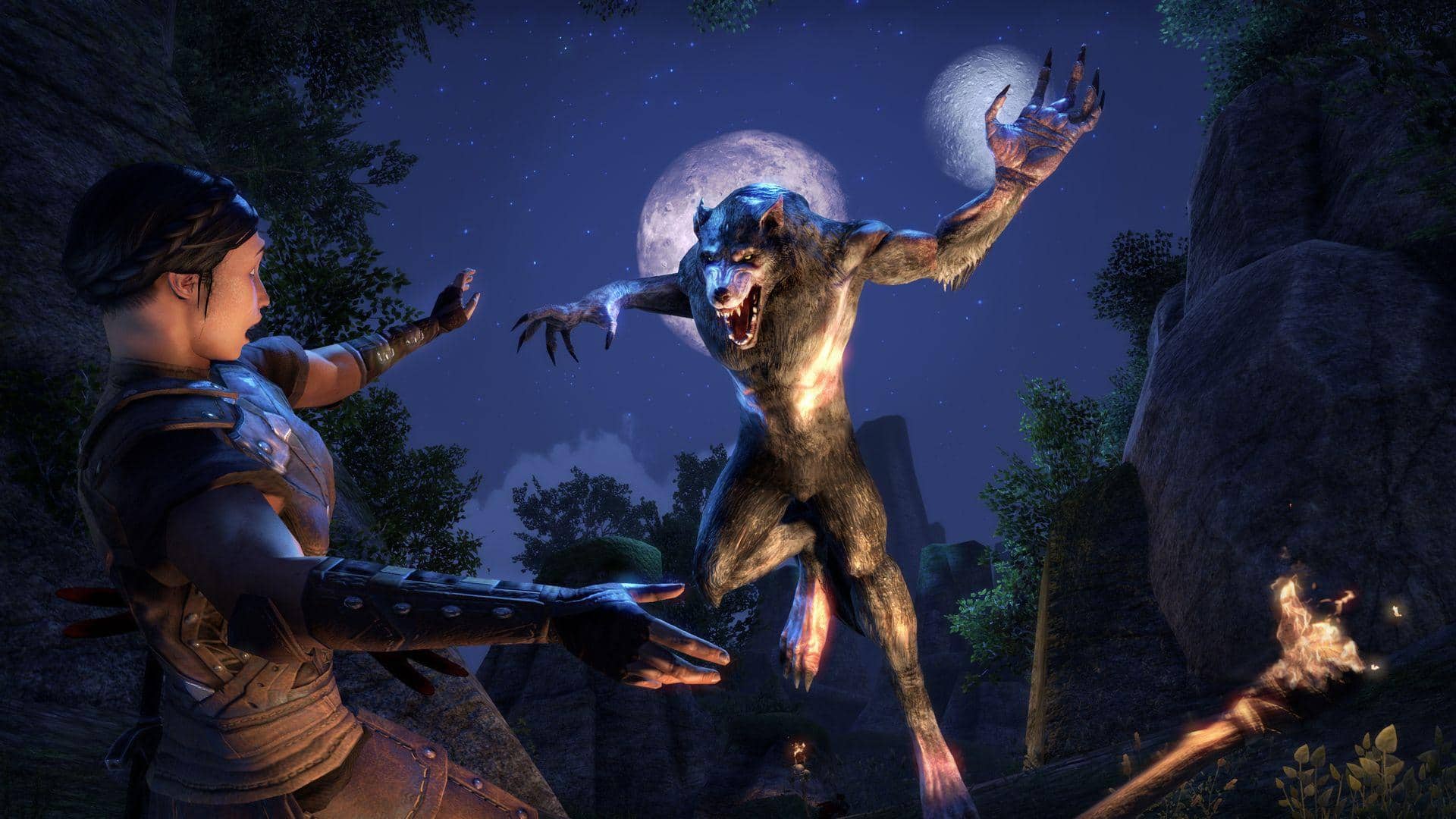