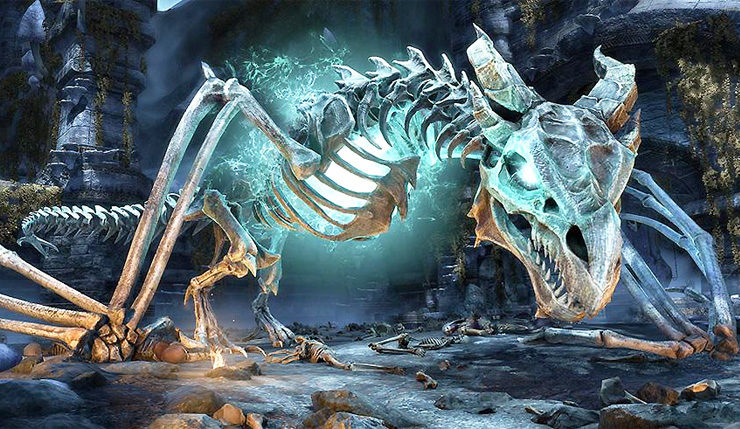 The new year is upon us, and it with it comes a meaty new update for The Elder Scrolls Online. The free patch adds features like home storage, the ability to customize the look of your equipment, and new Battlegrounds. Launching simultaneously, will be the Dragon Bones two-dungeon DLC pack, which will pit players against undead dragons and other intimidating enemies. 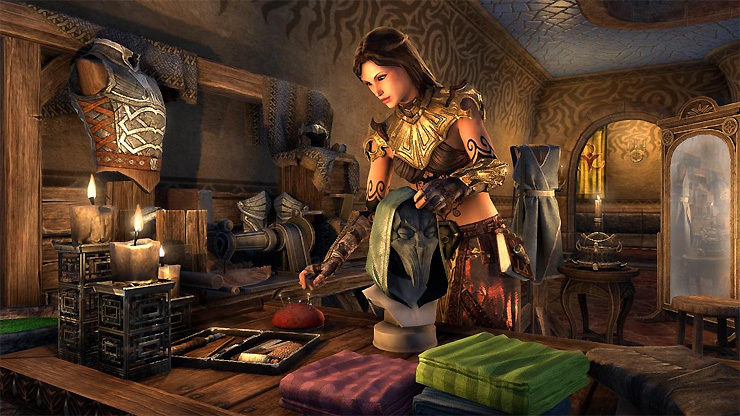 Here’s all the new features included in The Elder Scrolls Online Update 17: 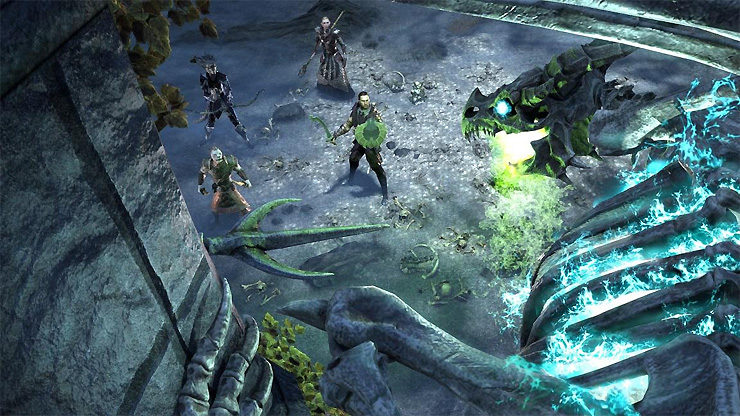 And here’s a quick rundown of what you can expect from the Dragon Bones DLC pack:

“Dragon Bones will include two new dungeons – Scalecaller Peak and Fang Lair - available in both normal and veteran modes, with a veteran Hard Mode for each final boss. These new dungeons pit players against new and returning enemies, including plague-ridden ogres, powerful sorcerers and their undead creations, and even the reanimated bones of an ancient dragon. Players will be rewarded with new items and monster sets, collectibles, and achievements as well as a Renegade Dragon Priest mask, awarded just for entering one of the dungeons.”

The Elder Scrolls Online Update 17 is free, while the Dragon Bones DLC is available for ESO Plus members, or can be bought on it own.

The Elder Scrolls Online is available on PC, Mac, Xbox One, and PS4. Update 17 and Dragon Bones will be available sometime in February.