Elden Ring Showcased in Final Overview Trailer Ahead of Launch 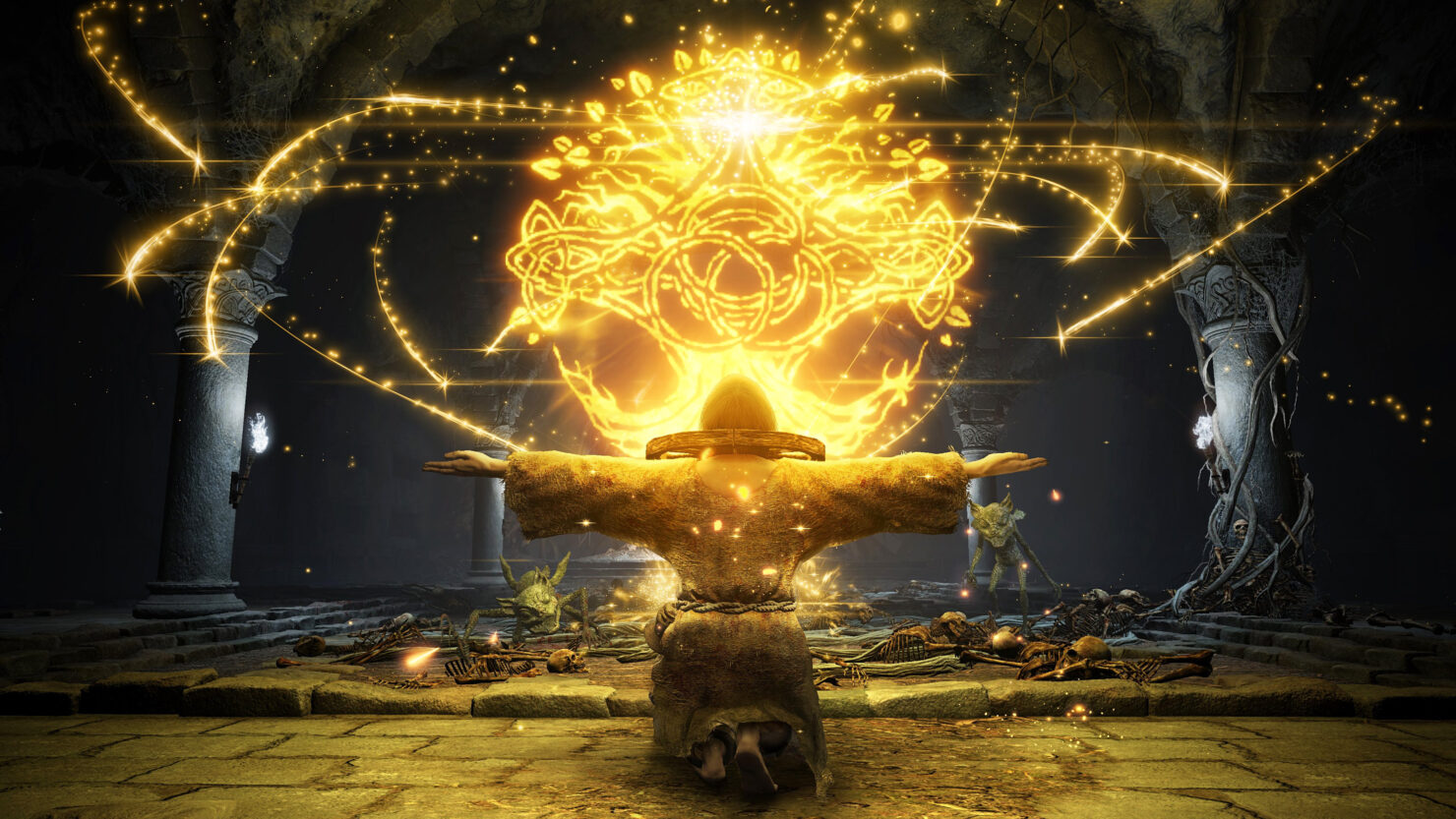 FromSoftware's Elden Ring is at last only five days away from its launch date. To drum up even more hype (as if there was any need), publisher Bandai Namco has released a brand new overview trailer that's six and a half minutes long. We've embedded it below, though you'll have to jump to YouTube to watch it due to age restrictions.

Featuring worldbuilding made by George R.R. Martin, Elden Ring aims to be the next evolution in the Soulslike formula with its open world design, stealth elements, mounted combat, and reduced stress for players. The developers recently shared the official PC system requirements; as a reminder, we previously learned that ray tracing would be added to Elden Ring at some point after the release. It's fair to presume system requirements to be quite a bit higher for playing with ray tracing enabled, though.