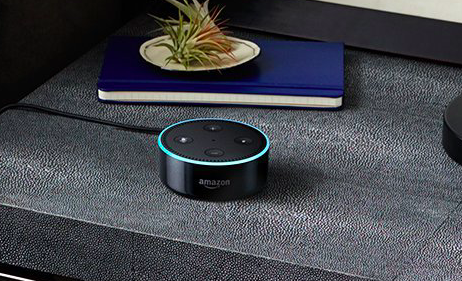 Amazon has disclosed the names of the top selling products in the weekend sales like Thanksgiving, Black Friday, and Cyber Monday.

Other than the Echo Dot, Amazon's Fire TV Stick with Alexa Voice Remote were also among the best-selling products. It's worth noting that back in July, on the third annual Prime Day fire sale Amazon witnessed a similar rise in sales as it slashed the pricing of several products.

Amazon has not revealed the numbers but mentions that it sold “millions of Alexa devices” and that consumers bought “2.7 times” as many Fire TV Sticks contrasted to last year. Another information reveals that the Echo Dot was also the top-selling device at Amazon-owned Whole Foods Market, this weekend.

Here are the highlights that Amazon mentioned in the press release:

Amazon's Echo Dot speaker has a fierce competition in the form of Google Home Mini speaker priced at $50. Now by dropping the prices of Echo Dot, Amazon is playing openly and wants to take advantage of the sale season as much as it can. All the while, Google is also not far behind, it also slashed the pricing of its Google Home Mini to $29.