New cars have just been added to the garage of the upcoming Need for Speed reboot. EA announced this through a tweet. 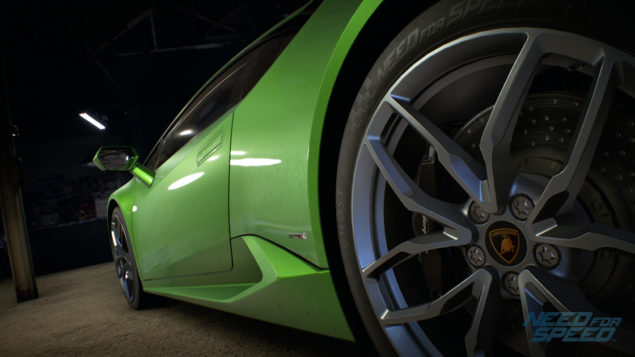 The new cars that have been added include the Mazda MX-5, the Lamborghini Aventador and the Dodge SRT Viper (among others).

The complete list of cars is available at the official EA Need for Speed website right here. EA's upcoming title is set in an  urban setting in the West Coast Ventura Bay featuring downtown, harbor & canyons and will feature 5 unique game modes; Speed, Style, Build, Crew and Outlaw. According to EA the game delivers on what the fans want, and what Need for Speed stands for - deep customization, authentic urban car culture, a nocturnal open world, and an immersive narrative that pulls you through the game.

Need for Speed is being developed by Ghost Games with the Frostbite 3 engine. According to executive producer Marcus Nilsson Need for Speed will be the game that team has always wanted to make:

Pulling on our 20 years of history, and then taking a year out from releasing a game, we are making the game we’ve always wanted to. We're listening to the fans and delivering an experience that will capture their imagination and unleash their passion for cars and speed.

Earlier this week EA released a set of new jaw-dropping screenshots, which can be viewed right here and here.

Need for Speed is scheduled for a release on November 3rd for PS4 and Xbox One. The PC version has been delayed to Spring 2016.