A remake of Gears of War, Epic Games’ most critically acclaimed 2006 military science fiction third-person shooter video game, is coming exclusively to Xbox One about two months from now on August 25th, Microsoft just officially announced today at its E3 2015 press conference. The game, titled Gears of War Ultimate Edition, has been optimized with next-gen visuals for the latest console, and will run at full HD 1080p resolution with 60 frames per second. You can play the beta version for free starting today. 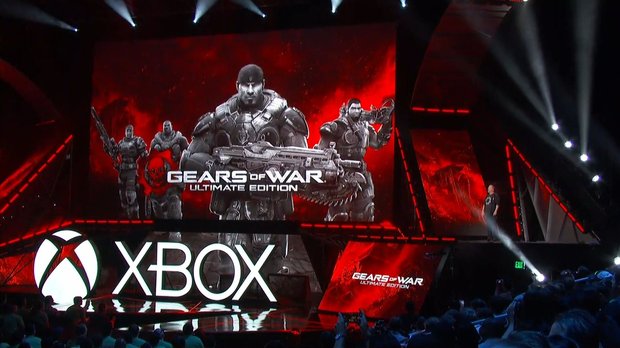 In an effort to refresh the Halo experience for players, Microsoft and 343 Industries decided to produce an all-in-one HD collection pack including the main numbered entries of the multibillion-dollar video game series for Xbox One last year. This year, The Coalition, formerly known as Black Tusk Studios, is following suit with the Gears of War franchise. Just now at its E3 2015 press conference, Microsoft has announced Gears of War Ultimate Edition for Xbox One.

The upcoming game is a remastered version of the first ever Gears of War title that was developed by renowned American video game developer known as Epic Games and was released back in 2016 for Xbox 360. Featuring overall improved graphics and texture detail, Gears of War Ultimate Edition will offer the core Gears of War gameplay experience to players in full HD 1080p resolution with 60 frames per second. The game is reportedly being put together by a British video game developer known as Splash Damage, and will be released on August 25th. The upcoming remake will also 90 additional minutes of content that was previously exclusive to the PC version. The beta version of the game is now available on Xbox One.

Of course, this remastered Gears of War Ultimate Edition is only meant for fans to refresh their old memories of the first ever Gears of War game in high resolution, while the studio works on the next major installment in the series, which was revealed today as well with a gameplay footage that looked as good as it was dark. The next major installment in the sci-fi game series was referred to as Gears 4 on stage. You can check out its gameplay footage here.

Sony Explains the Long Delay With The Last Guardian