A new update for the Xbox One's OS is just now starting to roll out. You should be seeing the update available for you. 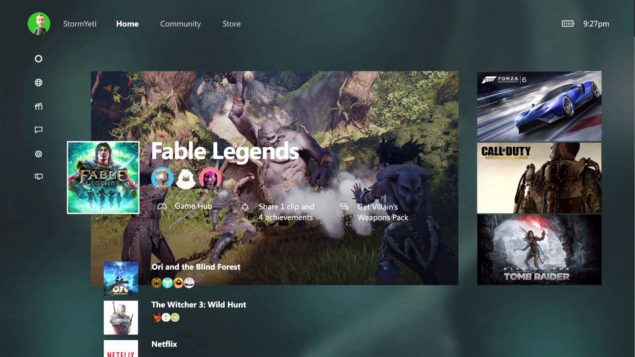 The new UI that's incoming, not the update talked about in this post.

Xbox One update preparing us for a large-scale UI update later this year.

There aren't many new changes within this update, though it's in preparation for the big overhaul UI overhaul coming first to the Xbox One preview program community this fall. The veil was lifted on the new home screen interface at E3 this year and one could see it in person at Gamescom as well.

Quite honestly it looks like a natural progression, giving us a much more functional yet also better looking interface to use. It would seem to have all of the commonly used icons at the left, making them much easier to access if needed. No more hunting through the long menu (not that it was that much of an imposition anyway).

The full patch notes are below, straight from Microsoft:

The Xbox team is hard at work building and fine tuning the new Xbox One user experience that will be unveiled to the preview community this Fall. This update will help us to get your console ready to receive the new experience.